Are there currently any plans of connecting the Aesthetic Utility of the xLED with the Technical utility of Any of the Vivokey Series, Current or future variants?

I myself feel that having a Glow emit from my hand alongside of practical usage would be fucking awesome. I’m aware of people implanting xLED Next to their other Chips to get the same or similar results, I was just curious if this is something that there may already be plans for?

I have seen a combo LED/NFC elsewhere. I really want that but I’d prefer to give Amal all my business.

I think at least with the xNT, it needs so much power to ensure good coupling, having an LED also draw from it is asking too much.

Things are in the works yes… but my top priority is always performance. If the LED detracts from performance, I skip it. That said, we do have some interesting things coming.

I have the xLED HF implanted next to an xNT. If you look closely to the video on the product page at the last couple seconds, the xNT (NDEF formatted, but no records) triggers a read by the NXP TagInfo app on my iPhone… 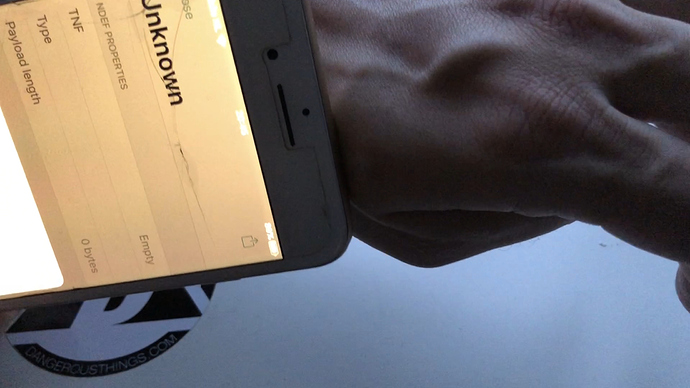 @Vicarious, how did the install go? I have the xNT and just picked up an hf xLED that I’d like to put next to it, and according to the product page their’s no issues with them being very close.
I’m just imagining ramming my xNT with the needle during install, and that’s got me worried.

The install went great, I had it installed by a professional piercer, at my favorite piercing shop in the Netherlands. It was recorded by a TV crew and broadcasted on Dutch television.
If you know/feel/see the location and orientation of your xNT, you can get it implanted parallel next to it, with at least 5 mm space between them to prevent damage.