The Apex isn’t happening in the sort of time frame I was expecting (and the large Apex that I was really interested in even less so) and I’m running out of time.

I’m exploring something else to implant to suit my immediate needs and fulfill the role my dead flexNExT was playing - i.e. serve up simple NDEFs reliably to as many cellphones as possible with as much range / as little search hassle to the recipient as possible.

I’m okay with less range at this point, so I can order something that exists quickly and have it installed quickly by my local piercer with the 4G needle without having to fly to Helsinki, as long as it’s anything comparable to the flexM1. The flexM1 ain’t no flexNExT, but it works well enough for my purpose.

I have a few very simple questions. I’m considering these implants:

The FlexDF2 looks… well, it’s unknown territory. And it’s on sale, so I’m guessing it’s EOL and there must be a reason. As for the flexMN, it’s not an option because I need a needle implant procedure as I stated above, and because I need reliable and no headaches.

Do stock Android devices - and possibly Apple devices, but I don’t really care about those - can read such large NDEFs? I suppose it can be configured to serve up smaller NDEFs if there are compatibility issues with larger ones, right?

I can’t speak for the range / actual implant, but I can definitely cover this. The main issue is that the chip datasheet is under an NDA, thus it’s a lot harder to write custom code to interact with it. If you’re willing to use an app written by NXP or someone else with an NXP NDA, then yes, I believe you can. I have test cards for EV1 4k and EV2 8k, more than happy to try reading and writing largish datasets to it with my pixel and record time to read / write etc. (though idk how precise those measurements will be).

Just tried my EV2 with a 5.5kB dataset (vcard with picture), and that worked on android, as did a 3.9kB dataset on my EV1 test card. It does definitely take a little bit of time to read, but when you write a smaller dataset (193B), it reads basically just as fast as other tags with that dataset, despite being a 4KB card.

Well duh me, I do have DESFire test cards around that I ordered from KSEC a while ago. I clean forgot about them… I guess I can try it myself.

No, I don’t want any special app. In fact, I specifically want the stock OS NFC stack to handle the payload directly. My goal is to offer any Tom, Dick and Harry I meet the option to whip out their cellphone - whichever make/model it may be - and read my information in seconds without any drama, in the course of a conversation or at the end of a long meeting. I don’t want them to have to install anything, and I don’t want them to have to search the location for more than a few seconds. It must be as quick and matter-of-factly as exchanging business cards. That’s what I used my flexNExT for when it still worked.

Here, on top of my usual information, I’ll soon need to serve up my COVID vaccination certificate. It’s a large PDF, but I managed to reduce it in size considerably. So it may fit within 4KB. If not, I can always serve up an URL, but I’d prefer it if the recipient got the document directly. Still, it’s an option.

How does it compare to a flexM1, which has the slim copper antenna, in terms of range?

Not a direct answer, but whilst you wait for one to come through; using some deduction and approximation 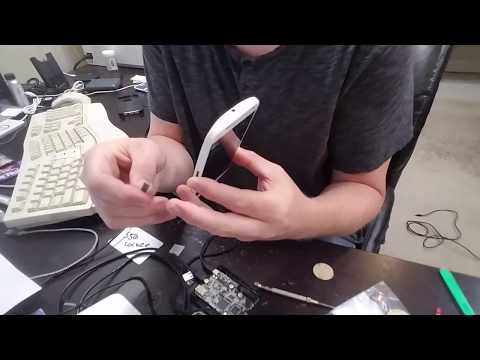 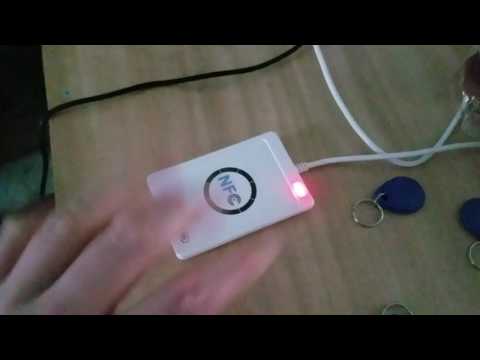 I know you are not a fan of The YouTubes…let me know if you want me to grab it and share it raw here!

It’s a large PDF, but I managed to reduce it in size considerably.

@Satur9 was interested in doing this a while ago, I am not sure if he managed to get it done, so if you have some pointers, he may be keen

Hey does anybody have an idea how I could compress an image of my vaccine card down small enough to fit on my flexDF and still be legible?

No, I don’t want any special app. In fact, I specifically want the stock OS NFC stack to handle the payload directly. My goal is to offer any Tom, Dick and Harry I meet the option to whip out their cellphone - whichever make/model it may be - and read my information in seconds without any drama, in the course of a conversation or at the end of a long meeting.

Sorry, I’ve given you the wrong impression. You only need the app to write to it / do certain other DesFire operations, reading works fine without it AFAIK

I know you are not a fan of The YouTubes…let me know if you want me to grab it and share it raw here!

Come on man, I’m not that much of a luddite

Yeah I saw those before. I was more hoping for a direct user-experience sort of comparison from someone who wears both devices, because I also saw videos of the read range with the flexM1, and it’s nothing like my experience with it in my hand.

@Satur9 was interested in doing this a while ago, I am not sure if he managed to get it done, so if you have some pointers, he may be keen

Well, essentially it involves re-writing the PDF by hand to make a facsimile of the original one. A PDF is just encapsulated Postscript, and most of what’s in the EU COVID vaccination certificate model is plain text. Text is very lightweight in terms of byte usage, and carefully-crafted Postscript can be quite tight too. It’s only huge in machine-generated files because nobody cares about optimization anymore.

In this case, I made a text-only model in TeX that converts to a PS file that converts to a PDF file. It’s not as tight as writing Postcript directly - which I’ll do if I can’t reduce it down to size enough - but it’s close. I’m still working on emulating the graphics (yellow bands, EU flag and QR code) with colored spaces, unicode emojis and block characters. But I need to write a converter for the latter.

Needless to say, it takes a good dose of OCD to do this. No magic converter here. Anyhow, I’m only getting my first shot next week, so I have a little time to finalize it.

3 posts were merged into an existing topic: COVID certificate and other large NDEFs

The flexDF2 just got new antennas. The thing is it becomes mostly useless when you have an Apex, the only thing the Apex can’t do is the random uid. I guess it’s on sale, because it needs to be, else noone would buy it.
I guess amal will keep it for the paranoids that need the “private mode” of the DF2, it’s the perfect contact sharing implant.

Then that is the reason why it’s EOL: it’s being deprecated.

Again, I don’t think it’s EOL, because of the random uid and existing systems until the apex has proper DESFire EV 2 emulation, which doesn’t seem to be the case yet. (And soon™ can be a long time as we learned.)
Or maybe amal plans a secret flexDF3

Yeah, not really EOL but just not as valuable to our target market. If you wanted a cheap option for doing secure applications and had the capacity to write your own middleware and other application level software then it’s still very valuable.

As far as a desfire ev3 I don’t see much value to be honest. We probably won’t bother until we run out of the thousand plus EV2 chips we have for making flexDF2… so not for a while hah

Okay so it’s market-repositioned then