Awesome, I’ll check it out!

the RDV4 is great and I highly recommend it but if you only are going to write to it every few years the easy might be a better choice.

blue an white cloners, those links talk discuss them, I’d stay away from both of them personally.

Checking them out now. Thanks so much for the advice and forum links!

If that’s the case a proxmark would definitely be better.
The easys are knockoffs and are a bit hit and miss but miles better than the blue cloner and the white as you are likely to see in those wiki pages.

Hey all. I’ve seen folks recommend getting non-official Proxmark3 kits - the $60 knockoffs are undoubtedly lower quality, but seem good enough for basic poking around. A quick scan of Alibaba and eBay shows many, many options. Does anyone have a recommended vendor, or any horror-story vendors to avoid? Thanks!

I’m working on a budget.

@leumas95 eluded to it, but to give you just a slight nudge more…

Programming my NExT before injection

The seller PiSwords on AliExpress has it on sale (25% off, cost me CAD $59.99 including shipping) and they will also flash it with the latest Iceman fork if you ask them to

Iceman fork the recommend
BUT
You won’t be able to use it with your phone if it is flashed to Iceman.
If you don’t ask for it, you get it with the factory 2.0.
If you decide later, you can flash the iceman fork to it.

You won’t be able to use it with your phone if it is flashed to Iceman.

I think RFID Tools now works with the iceman repo just not the latest. At least I’m pretty sure I saw that somewhere. I only use it with a laptop personally for now. 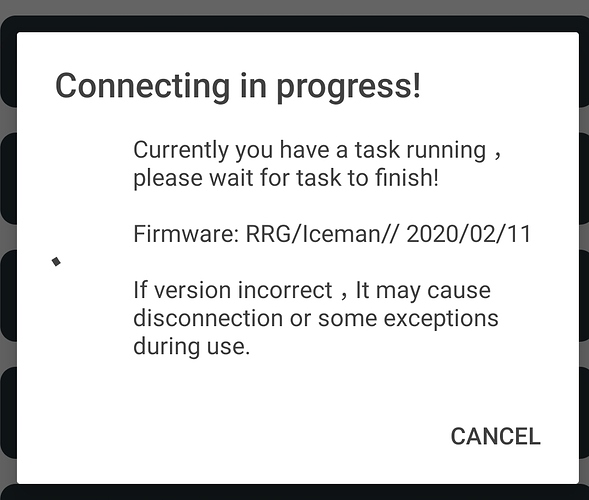 Ah, cool, Thanks for that @leumas95
Uploading new data…

I personally think getting them to flash it before leaving the seller is a waste of time. For it to work predictably the software on your computer and Proxmark firmware must match, otherwise some commands can give unexpected results. It’s much easier to just install the software on your PC and run the 1 extra command to build and flash the matching firmware than to try your luck and get a match/download old compiled versions at random.

I agree. I also requested them to flash it with Iceman but it came with some weird firmware full of ASCII characters.

Trying to flash it myself ended up in a semi-bricked PM3 Easy (probably because of the weird firmware) but with persistence I figured it out, which in all was an excellent learning experience.

So I’ve gone ahead and read I think (?) most of the forums relating to the blue readers, white readers, and PM3 Easies. Definitely going with the PiSwords PM3. I’m running macOS so I’ve downloaded the homebrew tap for the proxmark3 and I think it’s good to go. Now to wait for money!

you can flash the iceman fork to it.

Quick question-- what exactly is the iceman fork? Sorry to sound dense, still trying to wrap my head around all of this.

Last question-- can the LF antenna sold for the RDV4 here be made to work with the PM3 Easy? Didn’t see the same connections like the RDV4 has, but figured I could solder the connections or something.

Quick question-- what exactly is the iceman fork?

Others might be able to explain it more concisely, but basically it’s the most popular, most updated firmware by a guy who goes by the name Iceman. There are different “forks”, kinda like different flavours of firmware… Iceman, Official and others.

As I understand, it’s one of the most feature rich and preferred firmwares to use. Just be sure to read the guides for flashing thoroughly cuz it can be confusing as fuck … and there are always people here who will help you out if you get really stuck

can the LF antenna sold for the RDV4 here be made to work with the PM3 Easy?

Short answer No, unfortunately…
If you want the technical answer, I will let @Satur9 post here answer for you.

If you’re putting something inside your body like a chip, I would be cautious about what you do with it. I wouldn’t recommend a blue cloner just because the low quality of it could mess something up. I fully understand if you’re on a budget, since most of us are in one way or another, but it’s 100% worth it to save up to get a DT brand implant and a good quality reader/cloner. I’d say a PM Easy is a minimum for me.

I’d say a PM Easy is a minimum for me.

Definitely agree with you; never knew the blue cloners were so notoriously bad, the DT website having them listed made me initially think they were safe, but not after reading all of the forum threads on them. I’ll be ordering a PM Easy sometime after my tax return arrives, but will need to wait a few months to implant now (long story).

Yeah that’s true. What I’ve learned so far about everything RFID and implant related is that knowledge is your friend, and when you actually think you know enough, you’re still way off. It isn’t as straight forward as it first seems.

I’m not sure so don’t take my word for it, but I think I’ve read that the problems with the blue cloner that bricks some chips are that the reader signal is too weak for our small, cylindrical chips so when writing it could loose the connection in the middle of the writing and therfore mess things up.

There is a little more to it also,
Not all readers are made the same.
It puts in lock pin on your implant.
SO
In reality, if you are aware of their shortcomings, they are not THAT bad.

If you get good coupling (internal antenna placed directly on implant in correct orientation.
if you get the 3 beep version
A Proxmark can remove the pin code.

The blue cloner would do in a pinch.
Imagine if you had to frequently swap between EM and HID, you could simply carry a blue clone in a backpack etc and very quickly and easily rewrite them.
In short, The blue cloner gets a bad wrap.
I wish

the Proxmark had a read / write button, LF and any Rewritable HF available…
Maybe the RDV5

and not as usable as the desk PM.

I’m currently doing some academic research involving RFID (the reason Im on here) and have used a host of tools on a host of chips. I own all the Proxmarks (except the V1 ;( ) The Proxmark3 is the cream of the crop when it comes to RFID read/writers/tools. Its what I use whenever I’m doing anything ‘serious’; Ive used the handheld, few button copiers for field cloning but would still advise against them.

If in doubt, get the Proxmark3 Easy and possibly some tags to have a play around on and learn. Once youve got it nailed and can do it over and over, commit the changes and write to the NExT. This is the way I learn and test things. Can I do it to a tag with confidence? If yes then commit changes; if no, keep practicing.

I started my journey on the Proxmark3 Easy and still blown away by its performance. Its a small, versatile piece of kit that Ive had professors turn their heads at. Cant recommend it enough as a great way to start, learn and get hooked!

I’m interested in the spec of your student card. Would be able to shed some light on how doable it is to clone it and other insights.

The blue cloner gets a bad wrap.

Thats a bit shit, I personally have never used one but some people swear by them and others hate them.

I think the big problem is the “blue cloners” is a generic Chinese knockoff device that is of unknown origins and the way most of these work is they will change parts and suppliers from one batch to another so what works on one or 50 may not work on 51 or even worse wipe the tag on 52.

I personally have never used one but some people swear by them and others hate them.

I will stear people away. I should have just spent 10 more at first

I forgot to post about this but here it is;

Many badge makers are now just using the T5577 chip instead of an EM chip because it’s versatile and cheap. But, if they are not setting a password, a shitty cloner could attempt to read it and send its crappy password along with the read command, and fuck up the source tag. I had this happen personally to a government access fob of all things… used a T5577 and the blue cloner wiped it.