This will definitely help if you haven’t already seen it: 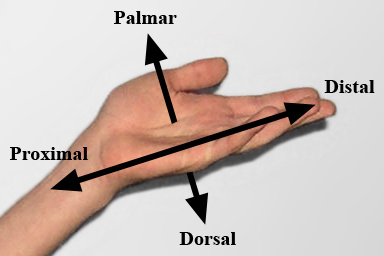 During a discussion on another thread in this forum, it became clear that a naming convention of some sort should be made for the implant locations in the hand. I simply modeled the way dentists talk about teeth in the mouth, and concluded the...

I would recommend position 0 for an NFC/RFID implant, and position 5 for an xG3 v2 if you decide to get one.

I figure it’s worth explaining why this is true. The NExT is a combination of the xEM and xNT chips put inside a single implant. The main benefit is obviously that you only have to do one injection instead of two. You would likely have a slightly better read range with the xEM/xNT then you would with the NExT, but it’s definitely not enough to justify implanting them seperately.

unlock my IPhone and pc laptop

Like Don said, unlocking an iPhone with NFC isn’t possible, but your laptop definitely is. If you get a KBR1 (which comes with the NExT + access kit

), you can easily scan your hand to unlock your laptop. It acts as a standard USB keyboard when plugged in, and types out the ID of any HF (NFC) chip it scans. I personally set my laptop pin to my NExT’s UID, and have a backup password in case I don’t have the KBR1 with me.

@ToroDeFuego You’ll get all the patient help you need here so don’t worry. My suggestion would be to do the hard thing and give it just a little bit of time to talk it out and be sure of what you want before you buy. Sometimes we see people impulse buy real quick and then they’re disappointed that it doesn’t do what they hoped for. Not saying a long time but just ask as many questions as you can think of even if they seem silly then you’ll feel good that you got what you needed. Everyone is here to help. Use them!

Not saying a long time but just ask as many questions as you can think of even if they seem silly then you’ll feel good that you got what you needed.

I would add that you also don’t need to do all the implants at one time. If you decide what you want to start with, do one or two things and then decide on the next one.

XG3, pinky would be little finger, I don’t particularly like the finger location

xG3 is pretty big, I just got one installed in the pad of my middle finger and it barely fit. I have giant hands and can’t imagine it going in my pinkie.

First I would collect all use cases I would like to have implants for.

Then I would read a -lot- about the chips of each implants. And how they get programmed by phone and/or computer. Failure risks ? How to recover a bricked chip if that’s a risk ?

After that : Get a pm3 easy if needed and each chip in the « cheap and disposable plastic card » form.
Torture them, test them write crash clone read duplicate format zero them.

The only chips that you can go “merry go lucky” with are XNT XSIID and NFC side of the NEXT.
Because you simply put little post it notes that contains little bits of data and/or actions (the NDEF records) by using a simple smartphone app.

All the age and things like that is of strictly no importance.
What is important : Getting ALL the fun from your chips by knowing them well, so you can choose them wisely and get all the fun you want from them

thank you i have already organised the FObs and reader to play pretend cyborg, got a Chewbacka mask too just for show… i am at stage 2 of your sequence, but it is fn hard to find good information, the google seems to only find adverts, the linguo is full of ISO refs and long words and XNT NFC XSIID XG v1 & V2 RFID blah blah if one is a Cyborg wannabe one is scratching its head forever and a day just knowing where to look… i have been looking for about 4 month, and i still dont know where is the most used NFC RFID reader door opener type in Australia… i probably will have to by the gear that works with whatever i chose to implant instead of findng the right implant. thank you for your helpful comment and directions Isobel

Thank you, can i call you Picard ? i have plenty of time, i am in no rush… Cyborgs live forever…

I can’t say for certain but a lot of NFC door locks tend to just use the UID and don’t care so much about the card itself. Industrially I suspect RFID compatible with HID is(was) probably the most common type.

Two reasons. 1) I figured it would be easier to use a finger to feel round for magnetic fields than other parts of me. 2) I read that if you put one in your finger and one in your thumb you have your own, built-in finger toy!

My life is pretty low risk for having it interfere. I’m a programmer, I don’t rock climb or anything like that. So I figured, why not give it a go.

Yup, looks like XXL hand to me. Bet you hate small keyboards.

Actually I love them!

I’m a programmer though, so 65% is about as small as I can go and still be useful.

thats a waste of a good giant, you could have been a viking warrior or a bezerker !

How do you know he isn’t?