Implanting xNT and xLED next to each other-- time difference?

hi! i just started getting interested in biohacking (which is surprising for me, a needlephobe), and i’m planning on getting a Dangerous Things implant in the future. it probably won’t be until summer for mostly financial reasons, so i have plenty of time to prep.
i’ve narrowed my choices down to getting both the xNT and the xLED, and plan on getting them both next to each other, in the typical spot, so that the LED will glow when the NFC is read.
if i am to do this, should i plan to get them on separate days? i realize the implanter will probably want to create two holes next to each other, to prevent the implants from touching. but would getting both of these in the same session be too traumatic for the skin?
thanks a ton!

The first step is to make your decision, so well done.
Would you mind if I ask why you settled on the xNT?
How do you plan to use it?
Have you thought about anything that you would like to achieve in the future?

should i plan to get them on separate days?

This is really your choice; Personally, I would get both done on the same day for these reasons.
Single Booking
Logistics ( travel, parking/ transport, time off )
One meeting and discussion
Potentially cheaper???
One aseptic set up
Once the first implant is installed it will only take a couple of minutes longer for the second one.
Which leads me onto your next question

would getting both of these in the same session be too traumatic for the skin?

This is going to depend on you and your ability to heal, which is affected by genetics / age… , how you deal with “pain”, what activities you plan to do after the installation. So again it is your choice. For me, I would still get both in one session, Because of the reasons above, and also I look at it this way.
If it takes 1 week to heal after any implantation, I would prefer this option rather that 1 installation plus one week then another implant and another week.
And yes it MAY take slightly longer after a double implant, but again a 9 day healing time is better than 14 days.

prevent the implants from touching

Yes, remember to have them placed at least 5mm apart.

Hope that helps, even though I put the decisions back on you

Hi, I had my NeXT and xLED implanted about a week ago in my left hand at the same time. Also my vivo key in the right at the same time. … it’s all about how much pain you can stand. My xLED incision has not healed as well as the smaller next.
https://s.amsu.ng/h92EfnliRl0N

wow, thank you so much for such a detailed response!!

Would you mind if I ask why you settled on the xNT?

i’m a broke art student, and a regular old NFC would probably be the most cost effective yet functional option for me. i did some research, and i’d imagine using it for things like a digital business card, storing tiny images and/or gifs, and just generally playing around with its read/write capabilities from my android phone.

This is really your choice

yes, that makes sense! i’ll probably get them both together, for all those reasons.

thanks so much, again!

oh wow, what a mark from the xLED! thanks for the example, 'cause that’s probably about what to expect. which one did you get first? did it feel weird getting the second one when the first was already in there?
thanks for the info :^)

Are you in the USA or Canada?
The reason I ask is:
( I know, you are a broke student, but if you could cut out the coffees or do some Caricatures on campus ) For $20 more I would definitely recommend the NExT. Plus in

with NExT in order, free shipping if over $150

So really it is

whatever you would have spent on shipping!

BUT in saying that, if you really want to be,

They really would be tiny, which brings me to your next option to consider
the xDF2 DESFire EV2 8kB NFC
It will do the same as the xNT but it is 8kB vs the xNT 886 bytes, so much more storage…
Here is a visual representation 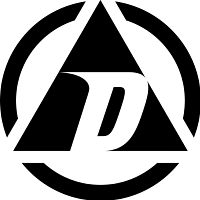 I’m not actually trying to upsell you, I just want to make sure you jump in “Fully informed”
If you got the xDF2 and NO xLED, you again would be paying an extra $20 (no free shipping) but a much more capable device.

But if you really want the xLED ( I get it, its Blinky )

Oh, by the way, Nothing at all wrong with your decision for the xNT, its a great product, If thats what you choose, it is still a great Choice

( I know, you are a broke student, but if you could cut out the coffees or do some Caricatures on campus )

you must have read my mind, because i just asked for more hours at my part-time job, and have resolved to only spend money on necessities, to justify getting this!
also, i just calculated the shipping cost for my location, and i still think it’d be best for me to not get the NExT (especially since i lack the programming or tech knowledge to utilize the full capabilities)

They really would be tiny, which brings me to your next option to consider
the xDF2 DESFire EV2 8kB NFC

WOW that is impressive. i didn’t notice that! the cost is definitely an issue, but i’ll definitely consider it further down the line.

also-- i made a couple of quick test gifs, and each one of these would fit on the xNT! (not together though)

thank you so much for the help, because yes, i want to know as much as possible before i do this!!

i want to know as much as possible before i do this!!

If you get stuck, you know where to ask

Yeah… the NeXT was first and like a bad bee sting… it’s not nice but not bad. Then the guy pulls out the xLED lol… The look on his face said it all. He said it’s about the same as a skin punch for an anchor. It didn’t hurt as much as I thought. . The funny thing was my right hand was next in line and the Vivo key hurt the most. He kinda man handled my skin . So in all not as bad as you think. Once it’s done, it’s done.

One thing to consider is that the xEM chip in the NExT can be used with a ton of common access control systems. Every employer I’ve ever worked for has used HID cards for office, lab & building access and my apartment building does too. For $20, it’s a great long-term investment since HID/EM systems are so common and will be in use for years to come.

If you really can’t afford it right now, it’s well worth waiting a couple weeks until you can imo. You only have so much hand real estate, so a 2-in-1 is definitely preferable since I can almost guarantee you won’t stop after the xNT & xLED.

I use the xEM side of my NExT for building & elevator access in my apartment building and the xNT holds a digital business card (vCard) with my cell, fax, email, website, LinkedIn, etc. on it.

i’ve been considering that, but i did a check at my school, and the chips in our IDs don’t seem to use RFID or NFC.
thinking about future use in office buildings, though… hmmmmmm…

anymore info? photos of access panels/card readers? photos of cards?
I guessing you tried an access card on taginfo app on your phone? 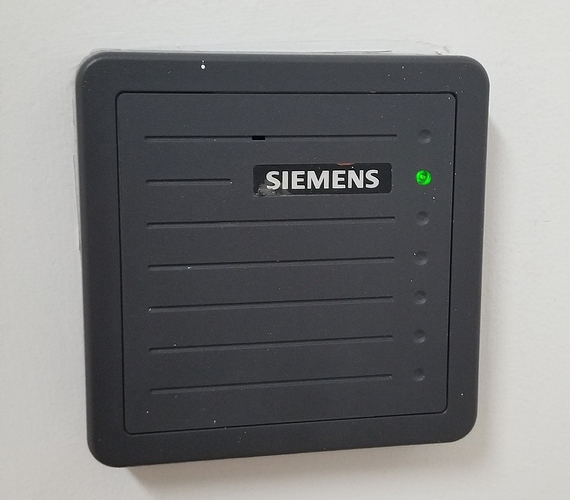 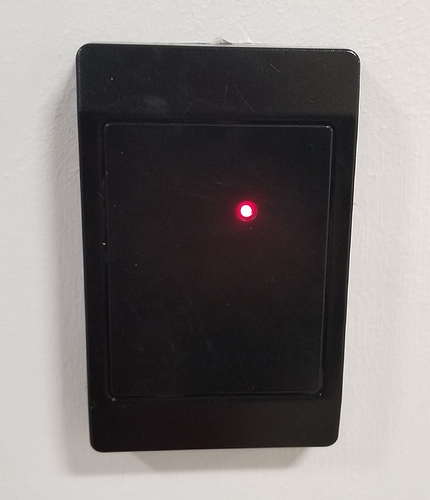 also, i did some more research, and realized that just because my phone couldn’t read it, doesn’t mean my ID doesn’t have RFID. honestly, it probably does.

before i make my order i’m going to ask the security staff here about making a copy of my ID chip onto another, and if they confirm then i’ll definitely lean towards the NExT.

I wouldn’t bother, especially out of the blue… Typically these guys know nothing about this stuff and just assume “Making a copy is impossible because then why would we use it”. We all know it’s not true, at least in some cases. And by asking, now you are on their radar… Now if you make friends with them a little bit, then down the road start asking questions, you might get somewhere.

A quick search and I couldn’t find any references to that first Siemens reader. The second one is super generic so no idea what it is.

You need some biohacking tools!

Where abouts are you? Maybe you can find a fellow biohacker to scan your card with a proxmark.

Just so we don’t perpetuate the common myth: NFC is a protocol over RFID… “NFC” and “RFID” are not mutually exclusive. There are high frequency and low frequency tags. They are both RFID. Some HF tags support NFC, others don’t. LF tags have their own set of types and protocols.

just because my phone couldn’t read it, doesn’t mean my ID doesn’t have RFID.

This would actually mean, it is a good chance that it is a Low frequency 125kHz card.
HOWEVER… before we count our

I looked up Siemens and there is conflicting information on frequencies.

I did find they definately use

that’s how Siemens wrote it…

I did find mention of 125kHz and EM4100, (which is compatible with LF side of NExT), but nothing concrete; more hearsay and conjecture which would make sense if
Siemens used to use 125kHz in their older tech, which you could be dealing with.

You could buy a Dangerous things RFID diagnostic card, but really if you were going to spend money on that, you might as well buy the NExT and get one for free included.

Wow, I just saw this… You have a fax

Just an eFax for my mortgage business lol. It’s really unfortunate that every lender (and my older clients) still uses them. I mean they have a high failure rate AND they make everything blurry? The world needs to let that technology die.

I’m 99% sure those readers are LF. One similar to the first one was used for lab access at one of my old jobs and my apartment building and a previous employer used the 2nd one. All of them used Proxcard II, which can be cloned to an xEM.

This would actually mean, it is a good chance that it is a Low frequency 125kHz card.

Proxcard II, which can be cloned to an xEM.