Is this proper placement

Would you say this NExT chip is placed correctly? 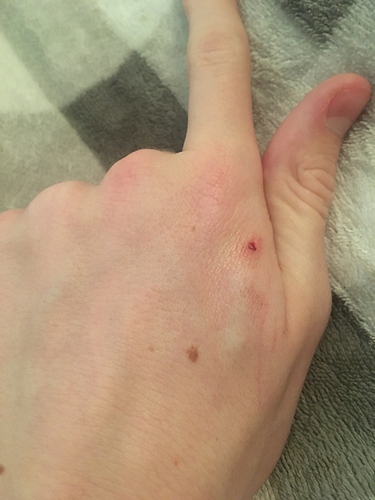 (My hand is pretty slender, so you can see it pushing the skin up a bit) 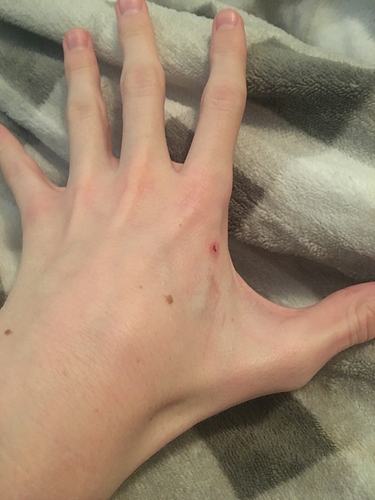 Actually looks pretty good to me. Away from the bone is the biggie.

Try holding it up to things, like you’re trying to scan it. Seem comfortable?

And … Tell us what you got!

As I said in the title, I got the NExT, which (in terms of the NFC side) is reading and working as good as ever.

Trust me. It’s all the same soreness. It’ll go away, the body doesn’t like foreign objects, or being stabbed.

I swear, I JUST got new glasses.

Looks high up to me… not a bad thing, as you now have space for an LF or HF xLED lower down.
It looks mirrored identical to where my NExT is, on my other hand

I swear, I JUST got new glasses.

As I said in the title, I got the NExT, which (in terms of the NFC side) is reading and working as good as ever.
I’ll have to look into getting an RFID reader/writer

But you are correct, an RFID reader/writer will allow you to do both

Honestly it looks like its right at the half way point of the 2nd metacarpal where it should be. Which is exactly where it should be, but I don’t think he has room to put something below it. Maybe next to it though since it is closer than usual? 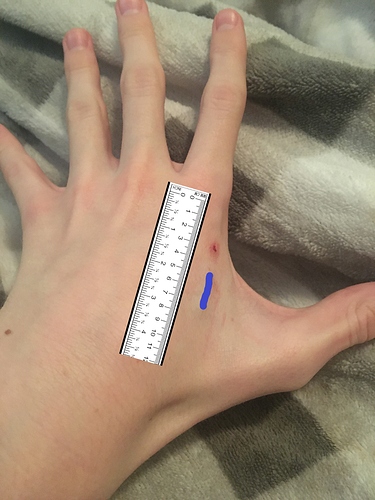 To me the placement looks almost identical to mine, and using your scale ruler I would still say there looks to me to be about 12mm to play with, as with mine
When I say below, I mean, with the hand pronated, toward the 6 (thumb position)

Hmm, I suppose I don’t have a real reference for the LEDs in my head. It would be about half the size of the NExT though, so ya I could see that working. In that case maybe I could do the same. As if I need more chips on my wish list though.

If you want an xLED next to another chip is it best to wait for the first to heal or both in together?

Oooo, I dunno, If I was to guess I would go for heal first then install, then you know what you are working with space-wise
OR
Do you put them in at the same time, tape down a matchstick / toothpick between them so they “set in place”
hmmmm
I don’t know… I hope that clears it up for you