I was reading the posts on the new XSIID implant, and this phrase caught my attention, “this is where the energy harvesting output comes from”. This got me to thinking about collecting energy to power the LED, and then I wondered about grabbing power from non NFC sources. Which in turn led me to think about the power sources that sensing magnets interacted with.

In a nutshell (pun intended), could we design a device that would gather energy from magnetic fields, then (possibly) store it in a capacitor, before dumping it into an LED? Such a device would function similar to sensing magnets, except, (A) Visually instead of sense/touch, (B) responding only to changing magnetic fields.

I envision an implant that when exposed to an AC magnetic field (microwave, anybody?) would begin to blink on and off, with blink speed associated with field strength. Closer = Faster. You might even get a blink if you swept your implant through a sufficiently powerful magnetic field that was not changing, as the motion would cause the implant to experience a changing field intensity. (less likely, but hey!)

Possibly the antenna needs to be frequency tuned to function (so out of my depth here), but what about 50-60hz? I think that just about every standard device powered by AC main power would in tune.

Just FYI, If this happens, I’m putting it on the back of my hand and tellng everyone it’s my charging port!

That’s a pretty solid idea. It’s kinda like what non-contact voltage sensors do, but using induction off of the magnetic field instead of capacitance off of the electric field. The easiest way to do that would be to make an implant exactly like the xLED, but tuned to resonate at 55Hz. The only problem is size.

LC tank circuits need an appropriately sized Capacitor and Inductor in series to resonate at the correct frequency. Resonating at high frequencies (13.56MHz) is convenient for implants because the capacititors and inductors are small values (and by extension small size). Resonating at the very low frequency of 55Hz means we’ll need large value inductors and capacitors. Capacitors that are 220uF are available in the 1206 package, which is small enough for an implant. Based on that capacitance, you would need a 38mH inductor to resonate at 55Hz. That’s pretty fuckin big, but might be doable.

Considering the source, a very high compliment indeed. Thanks!

If I understand correctly, this would provide a more or less constant power source to the LED, assuming it was in a sufficiently strong / coupled magnetic field?

Where, exactly, should I be sending my money to?

i’m definitely interested in this! it sounds like an injectible DT version of the Northstar, which are cool but so bulky and invasive when compared to implanting, say, an xLED.

it sounds like an injectible DT version of the Northstar, which are cool but so bulky and invasive

Well, this might be a cool thing, but I wouldn’t go that far. This would just be an xLED variant that reacts to live wires. The Northstars have multiple LEDs, a Bluetooth SoC, an IMU, and a lithium battery that can utilize wireless charging. Grindhouse is halfway to an Implantable cell phone, at this point.

Implanting devices containing battery chemistries that have the potential to vent large volumes of toxic/flammable gases is not my bag, but I won’t disparage their achievements.

oh damn, they’re so advanced! i should have done my research.

Marie Curie was also quite advanced! 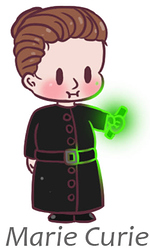 This would just be an xLED variant that reacts to live wires.

I hereby dub it the xLED55HZ.

If it could get enough power to be sensitive to relatively low currents (i.e. could actually be used as a non contact voltage detector) I’d be very keen. Great test tools when working in AV/IT, even better if you don’t have to carry it!

As a product, it could neatly check off several boxes.

It has Cool-O factor. AMAZE your friends!

Useable just about everywhere. RFID products are only viable where RFID signals are available in select locations. AC power is everywhere.

Probably the biggest for me is that It would provide a new implant vector. I could get another implant, but it would just do what my existing one does, but in a different format. I don’t need and wouldn’t use a bunch of different rfid tags. This however would do something that no existing unit currently does.

If these become a thing and work as I suspect they might. I’d totally be down for a few. Wonder what they would do in an MRI…

Suddenly a laser beam shoots out of my hand… /s

Yeah, I want, would buy, and definitely use. I expect that will be a longshot though. Not because of technical difficulties, it’s just that a new product takes time to develop. It seems the DT folks have a lot of up and coming projects right now.

Wonder what they would do in an MRI…

I’m thinking you’d need to be running the MRI at a compatible frequency to get much of a reaction. I don’t know what the field is like on those things, but I’d bet a dollar that it’s very high frequency.

But Yeah, I’m all in if it happens. Also known as, Just shut up and take my money!!!

The signals range from approximately 1MHz to 300MHz, with the frequency range highly dependent on applied-static magnetic field strength.

it’s just that a new product takes time to develop. It seems the DT folks have a lot of up and coming projects right now.