So, maybe I should have thought it through a bit more or research it more, but I assume that because our x-seris (glass) implants use a coil instead of a large circuitboard antenna like in cards, the implants don’t work with large cirtcuitboard antenna readers?

Just got a XL (20x20 cm) LibNFC Reader and got it working with NFC cards after some removal of kernel modules, but I can’t get a single read from any of my implants.

Just tried with my unimplanted flexMT and the leds light up and I get a ATQ from LibNFC.
But I have tried almost every angle and range and I don’t get a read on any of my (x/glass) implants, not even a dim light on one of my xSIID.

I seem to remember that the antenna on the implant and reader should be as similar in shape for best connection, is that why my non-flex implants can’t be read by this large square, flat, circuitboard reader?

Are there any long-range/powerful readers that work with glass-implants? does a coil-antenna on the reader work better with the x-series implants? and would it be possible to make just a bigger coil for the reader? Its a PN533 chip reader so wouldn’t be that difficult to make my own reader if I really wanted I assume.

EDIT:
Actually, got a read, but I had to hold my implan (left hand) hard against the edge of the reader, hmm, I assume this is because the two antennas have very different geometries?

My brother got me a smaller LibNFC reader, hopefully that would be much simpler to get a read with.

If you’re talking about this guy, I have one and it works fine. I only have a video of it driving my flexNExT, but I can shoot another one of it reading my IAR M1k glassie if you want.

And yes, it only reads at the edges of the antenna. Like all such readers. It’s just that this one has very long edges

Ah, yes that’s the one, yeah I managed to get one of my glass implants to read, but I thought that the reader would actually increase the range and easy to read, not the other way around

It cool when I use my flexMT about 10 cm away, but until I actually get it implanted I so far only got glass implants.

Is any of the sides of the reader easier to get a read on?

No, but pay attention to presenting the implant orthogonal to the whichever side of the antenna you’re approaching. Glassies typically work very poorly, or not at all, if the implant is parallel to the antenna.

Also, hunt around: there are “high RF points” inside the antenna also, between the center and the antenna.

I thought that the reader would actually increase the range and easy to read, not the other way around

I totally get you there!

I also got that reader and… it’s a peculiar little creep.

it only reads at the edges of the antenna

Actually, mine reads terribly fiddly if you place anything over/around the antenna.

The best pairing I found so far for a regular card is parallel to the antenna, about 1 inch to the side.

I ran a few tests, the most interesting might be that I left a demo script running in loop:
Searches for a tag > dumps UID and NDEF into console > repeat.

I also ran it on a PaSoRi and an ACR122u for comparison.
Both will only read with the card placed on top of them.
Both repeat the loop roughly 2x per second, in a consistent manner.

here are some of the results for PN533:

is the perfect pairing. loops about 12x per second quite consistently. (yes, Twelve times per second.)

can reach 3 times the height range from my other readers. if the pic isn’t clear, I am holding it flat over the center.

Not much difference from the height.

Although here it gets fiddly. Not only it fails to read quite often, but once it reads, the loop gets really bizarre! Loops 2 or 3 x with a second between, then halts for about 6 seconds, then reads another time, waits 12 seconds, then reads 3 times in a row…

When I leave it on top of the reader like this

it gets even less reliable, and a lot slower!

Also interesting here is that if I touch the board anywhere it just stops reading completely! and as soon as I remove my finger it does get a read at the card immediately, then goes back to being fiddly.

, directly above the antenna… It almost only reads when I swipe it very slowly. if I hold it there it just doesn’t repeat the loop. (i.e. it gets stuck in the “waiting for a card” portion of the loop)

If I lower it to touch the board… then no read at all!

I did thought of some bad grounding, but the board is sitting on it’s own 4 silicone pads, on top of wood. I also tried 3 different cables, and used the same ones on my KBR and PM3. the PM and KBR felt no difference from the cables, the PN533 kept being fiddly regardless of the cable.

I even changed the computer reading it and the table. same behaviour.

Now talking about my DF2 with a blinkie…

On all of the ACR122u, PaSoRi and KBR, the LED gets lit constantly whenever I am close.

On the PN533, it just blinks, IF it blinks. And basically never gets a read of the DF.

After fiddling a lot I found out that if I approach it completely perpendicular to the edge, then I do get a read!

You know, the exact way we learn that 2 flat antenna readers would never couple?

Yeah, I get perfect reads there!

Just perfect! Exactly how I would never expect it to work!

The only other way I can get my implant to read is also perpendicular just like above, but then I must be not only immediately above the antenna, but some part of my skin must touch one of the 2 bumps going around the board. If I touch both, it doesn’t read, so that’s a very particular way to get it to read.

Another fiddly bit on this reader is that, with the same card being presented, sometimes it does read the NDEF, sometimes it just skips right through it (not found).

Overall my impression with this reader is… really nice Range gain, at the expense of almost all it’s reliability!
Big thumbs down imho so far.

Although maybe It just needs some tweaks on a lower level script and some of the fiddliness could go away (just like on an ACR when it doesn’t read DF cards NDEFs).

Yet I got really perplexed about what the heck is going on with it’s field shape!

Imagine the traces of the reader antenna are putting out tube shaped fields… this is why the 90 degrees position works just as well as overtop traces above the panel. It makes a kind of donut shape over the panel but on the side it’s just that one “tube” from the nearest trace.

That is what would explain it.

Yet, and please do correct me if I’m wrong, but the wider the donnut shape field emitted, the less power is left to improve the “height range” for reads… correct?

As in… if the reader were tweaked differently, we could have a way more reliable long range read. And the way this reader is marketed, I totally get why @kvasarnomad expected it to read better and/or further away (such as was my hope when I decided to give this one a go).

Although, in hindsight, I can see why a product intended for storage and inventory would want a better “sideways range” instead.

if you’re talking about why the cards read like crap sitting right on top of the panel vs out in free space, “it’s the shapes man” (stoner voice) … man i wish i had access to some super expensive modelling software… it would explain so much.

Yet, and please do correct me if I’m wrong, but the wider the donnut shape field emitted, the less power is left to improve the “height range” for reads… correct?

not really no… the shape is always a tube… higher voltage makes larger tubes, but if you separate the tubes and bump up the power then you get this kind of “cancelling out” zone where the tubes are at odds with each other… but further up on the z-axis from the surface of the board the tubes bend away from each other and you now get an area where they can envelope the tag antenna appropriately.

I laughed really hard at this!!

But no need for the highly expensive 3D software. I totally get why.

I actually begun dreading that the field this reader would emit wouldn’t be anywhere close to what I needed even before plugging it in for the first time: As soon as I felt the antenna was present only at the very edges.

That part I actually get fairly straightforward: there is no antenna on the middle, therefore the card end up at the edges of the tube going around the antenna, which only exists at the edges of the board.
Hence why a card reads like crap there, but a fob doesn’t even dream of being read.

So, back to what I would be expecting…

But if the whole surface had a “spiral” antenna, instead of only the edges…

Then the sides would still have this “donnut” reach, but the “highest” point on each tube would now be parallel and covering the whole surface of the board (but higher).
Thus giving us an almost flat area above the reader (due to all the tubes overlapping each other), and a much more consistent reading area within that ethereal box around the surface…

In which case, and now it’s where I understand it the least, what if I were to cut a section of the antenna out and stretch it as I designed, in a square spiral at the centre of the reader.

So in short, the amount of modifications to the circuit board needed to accomplish this would be so many that I would be better off with designing a whole new reader from scratch, right?

basically if you run the traces so they close up the “hole” in the middle, then you basically get a shitload of cancellation. 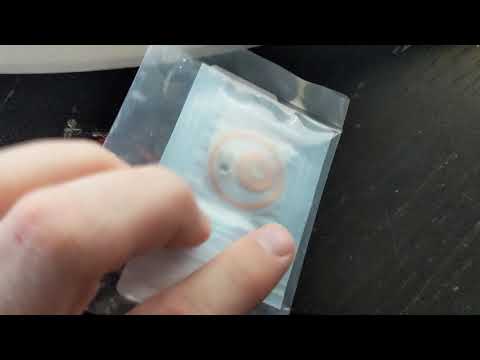 Yeah, that video is great! And cleared up all the bits I had questions about!