No known RFID chips can do the things that various people claim for them.

a victim, not a pet. Victim in question was severely abused, and noticed that the abusers house had an RFID implant kit one day.

OK, Now we are getting somewhere.

Is the victim actually you? or somebody else?

There is only so much we can do to help, but we just need honesty, so we can best help you.

Also @Whitebird308 Have a read of this thread you are now in, there will be many answers offerd for your questions…

Just to jump in for a second, amidst the crazy. Unless the chips changed in the past 20 years, because my old Boston Terrier was chipped by the vet. When he was a puppy, it was where it should be, between the shoulder blades. After a few years, it migrated down onto his front right shoulder. It was smack dab in the middle between the top of his back and elbow. After that, it slowly moved closer to his chest over the next 10 years or so.

You are sort of incorrect. There is a way to track objects/humans by correlating data from multiple source where in-body chip can be used as exact or near exact positioning module. However, if there is any sort of credible suspicion that someone had such chip installed, chip is one of their last problems:)

Referring to self. Rarely when describing environment changes, third party would use words such as “noticed”, its mostly first person pov. Mentioning sever psychological abuse and “RIFD kit” is denial. Likely sever physical abuse was present. Referring to human as a pet is distancing and multiple corrections with extensive apologies is probably self-blame.

There is a way to track objects/humans by correlating data from multiple source where in-body chip can be used as exact or near exact positioning module.

I call BS. Yes, an RFID reader capable of reading a chip could be used to give an almost exact position of the chip, and thus the person. But you need a lot of very powerful RFID readers, just to cover one room. Cameras can cover a much larger area, just as accurately and at a much lower cost. RFID is not a practical way to track anybody, beyond using it as an access control system, and noting ingress and egress times from a secure area, and that requires the active participation of the person.

Phones are better trackers than access control systems for that matter. And Google can record a person’s location history so it’s worth checking those privacy settings and account passwords if there are concerns of physical harm. Apple might have a similar set of features so the same advice applies to fruit phones. Checking phones for malware is also a good idea.

Another thing worth mentioning is that lack of sleep can lead to hallucinations and other symptoms.

That is incorrect, there is no way to track a person using an implanted RFID device.

Yes, you are correct. My bad for not being precise. RFID chips no.

You have to be careful with those broad statements or people will twist your words. For example I could say “but this exists!” 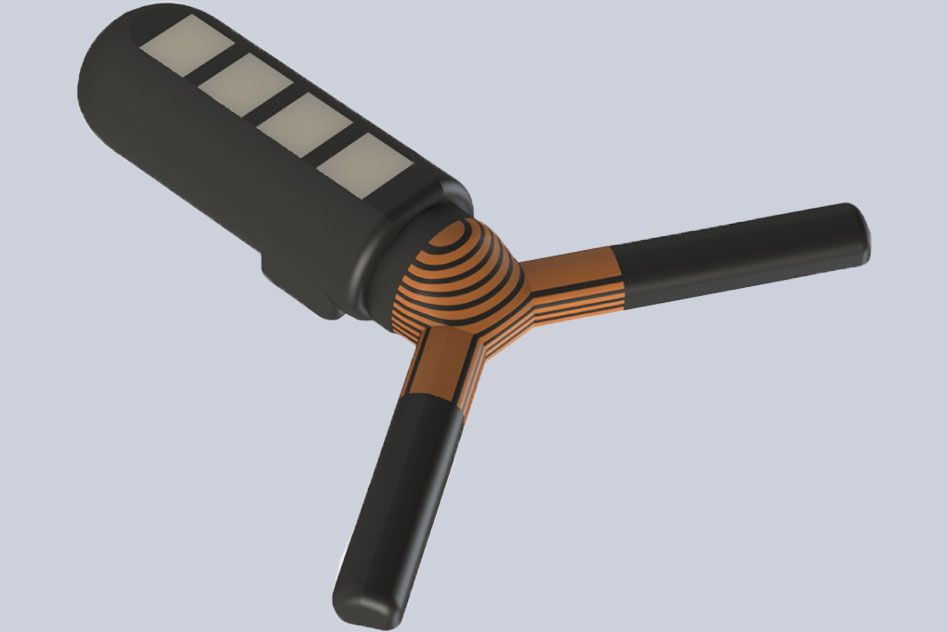 Ingestible capsule can be controlled wirelessly

MIT researchers have designed an ingestible capsule that can be controlled using Bluetooth wireless technology. Their capsule, which can be customized to deliver drugs, sense environmental conditions, or a combination of those functions, can reside...

Despite the fact that it’s still in testing, is ingestible not implantable, and has very limited range, I could technically “track” someone who has this via Bluetooth.

A critical weakness that is then turned into a strength in these conversations is a complete lack of understanding about how the technologies actually work and what limitations they have. Pair that with a (in some cases) unhealthy distrust of “the government” and “big corporations” and you’ll get “they obviously have better technology than we know about” taken to the absolute extreme.

It also doesn’t matter that your cell phone is a much better vector for tracking than any implant. The people who are unhinged but see that possibility won’t be encountered online, because they’ve removed most or all technologies from their lives. The ones that remain have already accepted smartphones into their lives because the convenience outweighs the fear. Once they accept it, it’s no longer novel or scary. Same with implants, they just haven’t accepted it yet. It’s still novel and scary.

This is a troll, right?

I accessed the thread in a way that made it look tiny. Disregard, lol.

This is a troll, right?

Are you trolling us

Is this some kind of Troll-Inception

Actually, I would say most of the people posting in this thread are mentally ill, also including most of us

I totally agree on the second point. One day it will be normal to replace entire limbs, let alone implants. But for now, we’re considered insane. =)

most people posting here seem to have the same confirmation bias. its unfortunate to see, life is simpler than you think it is

Just because I dress like a clown and always have the circus song in my head doesn’t make me mental. My chemical imbalance does.

I do DMT sometimes, its amazing.

{ DMT — or N, N-dimethyltryptamine in medical talk — is a hallucinogenic tryptamine drug . Sometimes referred to as Dimitri, this drug produces effects similar to those of psychedelics, like LSD and magic mushrooms. Other names for it include: fantasia.}

my last dmt trip I was cloned! Im curious if this has something to do with being micro chipped, Anyway nobody I know can relate so just like being chipped i stand alone just wondering If anyone out there has any knowledge about this and if so would they please share.

Did it cure your depression? I have a twin so basically a clone