So I got started thinking about magnetic film again after backing the Titan. I really want a diagnostic card with a window of that in the middle.

I don’t know how to design PCBs, not to mention antennas. I’ve been meaning to learn for a while and figured it would be a good opportunity to learn. A while back the biohack peeps had a KiCad Zoom hangout, but it ended up just being socialization and checking out what cool stuff people were working on! Which was awesome! I’d like to try organizing something like that here where we could do a sorta wine & painting class! Everyone works on the same thing, being taught by someone who knows what they’re doing! Maybe basics on PCB design and some coil calculation info.

For the antenna info, I’ve got a friend who claims to hear the voices of the damned so they can help us with that black magic!

Anyways, I think its something people would pitch in for given the time required from whoever wants to spend their Saturday night teaching pcb design to a herd of cats over zoom. So potentially a paid gig for whoever want to b̶e̶c̶o̶m̶e̶ ̶o̶u̶r̶ ̶b̶l̶o̶o̶d̶ ̶s̶a̶c̶r̶i̶f̶i̶c̶e̶ ^volunteer. Please tell me your thoughts on something like that though.

If anyone wants in on it please let me know!

I’d be interested in one, or at the very least an iso card sized piece of viewing film

It is very annoyingly ISO 1 sized film, and then becomes oversized due to the lamination

I have experience teaching PCB Design classes, and I know all about doing calculations for coils. I’d be willing to do it.

I’ve already showed a couple people on the Discord. It’s really easy to do it there because it has robust voice, video, and screen sharing built in. Scheduling with the timezone variations can be a huge hassle, and like you said big groups can be like herding cats. I find it’s better to do it in groups of 4 or less. If more people than that end up being interested we can break it up into multiple sessions.

I usually use Autodesk Eagle for my professional designs, but I have some experience with KiCAD and the class content I’ve put together uses KiCAD. The example project I usually use is an RGB LED strip color mixer. We could definitely do one that’s for custom diagnostic cards though. I made the NTAG I2C Test Card that’s available on the store, so we could even do something like that.

Ok, so I finally had a chance to whip up a super basic model of what I want the card to be. Not super knowledgeable about rendering, sorry about the awful quality!

I made the PCB thin enough to add a layer of some TBD clear sheeting to keep the magnetic film in place. Either that or I double up with a second PCB, not sure yet.

@satur9 tagging so you have some idea of what I want to create, didn’t bother with coils in the mockup.

Is this to be standard “credit card” ID1 size

Are you hoping for the card to have Both HF and LF antennas?

Also what is the minimum size magnetic field window that would be acceptable?

sorry about the awful quality!

Nothing wrong with it.

@Moonman0922 How’s this for rendering???
Looks like a genuine prototype huh?

Wow! That was quick! What did you use for that?

To answer you questions:

Yep, designed it by the ID1 standard. I thinks that’s the most useful for something like this.

Yep both frequencies would be ideal. I’d like to not sacrifice any function! I’m also considering a yubikey style authentication doohickey either by a USB port on the side or NFC. Not a huge priority though, just a nice to have.

I’d like the viewing area to be as big as possible without compromising field strength or structural integrity. I left about 30mm of space around my render, but smaller is fine as long as it’s not unusable.

Wow! That was quick! What did you use for that?

I like you design, I was just asking some questions I guessed

ID1 standard. I thinks that’s the most useful

Yeah, I assumed, and agree (FYI, I carry a DT DC

in my wallet every day )

Yep both frequencies would be ideal.

I’d like the viewing area to be as big as possible without compromising field strength or structural integrity.

ID1 standard. I thinks that’s the most useful

Yeah, I assumed, and agree (FYI, I carry a DT DC

in my wallet every day )

Yes, unfortunately this is why I carry two wallets. One contains bank cards, driver’s licence, green card,… The other has among other things a DT DC, a card carrying micro SD cards, a credit card sized USB memory stick, a fresnel lens, and a whole heap more. If anyone does an EDC thread that wallet will probably fill a page (12 “items” but some are multi function).

I have something similar I call my hacker/war wallet

Working on 3D printing a wallet that will hold a selection of turning tools discretely, but the contents keep changing

Ok, so I finally had a chance to whip up a super basic model of what I want the card to be. 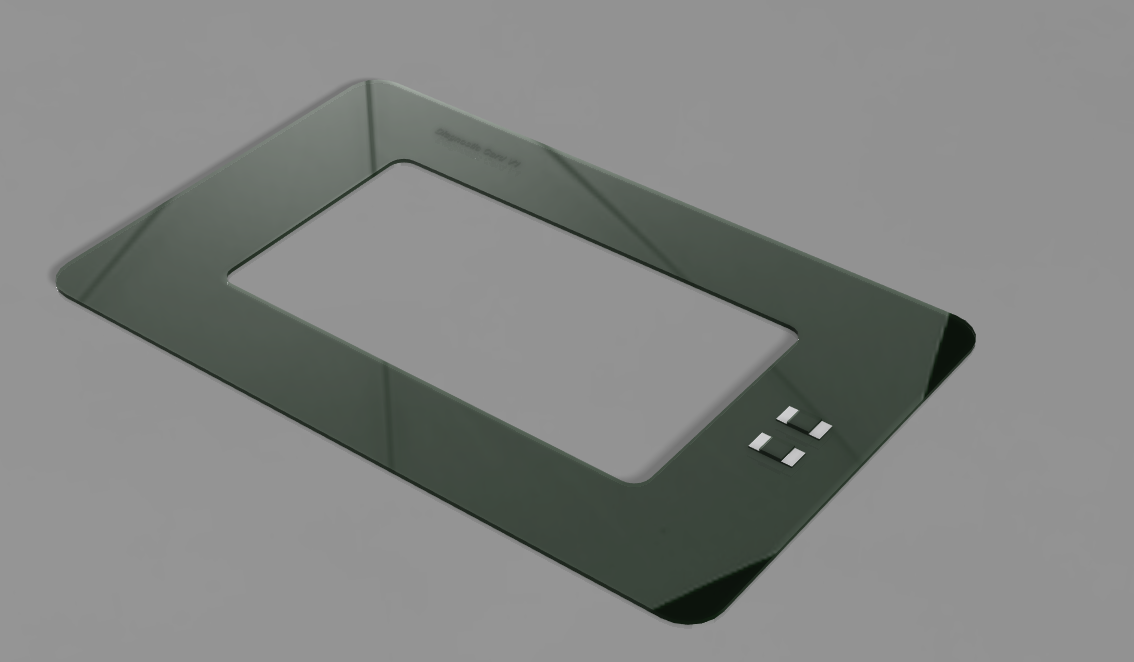 Just checking in to see how you are going with your design?

So, life has other plans for me! Like working 40 hours and writing scholarship essays. I still want to go forward with this, but it will probably be a slower process than I was initially hoping. @satur9, pinging you (and @Pilgrimsmaster too) to maybe set up a zoom to go over how to make this work. Then we can try to do the KiCad by numbers class. I have summer semester starting soon, so I’ll have to see how life goes. Still really want to make this happen!

I’m around and down. I work from home most of the time and I just hang out on the discord. Hop on there if you want to arrange a couple hours where we can voice chat and go over some stuff.

@Satur9 will be far more helpful than I will, Don’t wait for me