I self implanted my xsiid chip like 6 weeks ago
The first couple of weeks went well no pains or anything
Then I got a sort of tension feeling all over the implanted hand for a while
The tension has been reducing and I think my hand will get back to normal
But I dunno if maybe it’s on a nerve? or worse I severed one lol

Anyone else felt what I’ve described? What did you do?

And is it possible to get the chip removed and re-implanted by someone who knows what there doing? >.< this chip was expensive lol 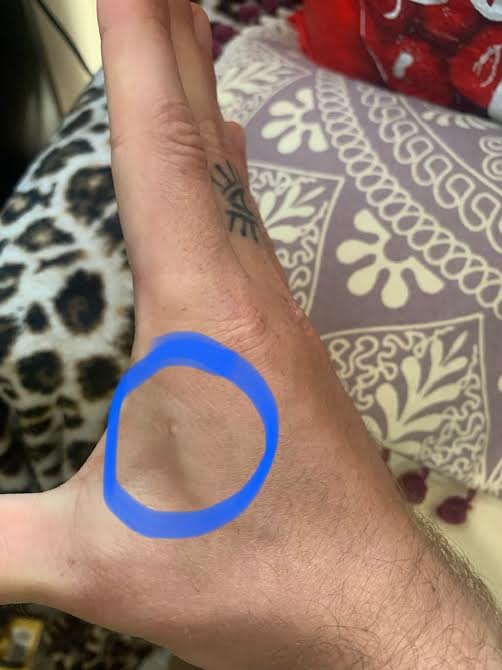 Do you have pictures? It sound like it’s just healing, but it would be nice to see it.

well… your body is trying to cope with its new interloper. A nicely and well installed chip is like someone who’s hanging out on the front porch, off to the side… annoying, but you’re perfectly happy to let them chill out while you easily go in and out and carry on your daily business… but a chip that has been installed less than perfectly can be anywhere from sleeping on the porch but right in front of the door, or laying halfway in the door so it both obstructs and causes the door to be unable to close… and you try to move the interloper but that doesn’t work… and maybe you try yelling at it… maybe kicking it… maybe you have to call the cops by sending some pain signals, but the cops can’t really do anything but sit around with lights flashing and sirens going off… so you start to consider walling off that doorway with plaster and hunks of drywall and glue, and take a chainsaw to the wall next to it so you can have a doorway again… but none of this is very fun or nice.

In short, chances are your chip is not sitting right and your body is trying to sort itself out around your chip. It may take a long time and you’re probably going to feel some strange stuff while it’s trying. You could have a professional remove it, autoclave it, and re-install it with their own tools… but it’s not 100% necessary in most cases.

Thanks dude!! This makes me feel much better. I’ve already felt some real strange stuff going on lol it definitely seems to be getting much better and nearly back to normal so ill give it another 6-8 weeks before I make any drastic decisions.

Just so you know, everyone is different. My first one didn’t feel normal for 8 weeks. It didn’t hurt it just was very noticable from time to time. My second one though, was fine the day after.

Same, I did 3 in the space of like a week and one was fine within an hour, one took about a week and one is still a bit noticeable (had the “sort of tension feeling” in around that one too).

@amal Quite a few weeks later, and my hand is like 95%+ back to normal, I just get a slight tension feeling in my hand now and again which I hope will fade over time.

Defo worth keeping my implant in now

This is the first week I havent had any weird niggles or numb feelings!

Thank fuck for that lol