xGLO - Why was it discontinued?

I’m a bit more on the side of folks like bionerd23 and Carl Willis, shouting gleefully “We’re off to see the Elephant’s Foot!” when they got separated from their Russian reactor tech chaperones inside Chernobyl. (They didn’t, of course, but both would, and both understand radiation even better than I do.)

Radiation is dangerous in the wrong circumstances, but here there is a great deal of mitigation on those risks, and I believe it’s all well worth it.

@Rosco, you ought to be much more scared of the 400v Geiger tube, lol! Granted it’s not likely to be dangerous at low amperage but nevertheless. I’ve touched mine by accident in my home built one. It’s a little spicy.

Well, I can feel it at least

Don’t worry, radiation that high should be tasteable!

“Tastes like I’m licking a tin can. Why is th… awww crap.”

GENERALLY, but not always 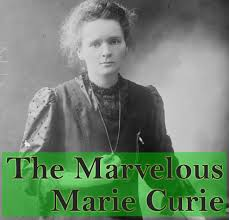 She in particular couldn’t know

I mean you’re not wrong!

Pierre: “Marie I have some radium in my pocket…”
Absolutely zero radiation protocols back then.
With them we’re not talking about a little bit of radiation…

Both the Curies experienced radium burns, both accidentally and voluntarily,[33] and were exposed to extensive doses of radiation while conducting their research. They experienced radiation sickness and Marie Curie died of aplastic anemia in 1934. Even now, all their papers from the 1890s, even her cookbooks, are too dangerous to touch. Their laboratory books are kept in special lead boxes and people who want to see them have to wear protective clothing.[[34]] Had Pierre Curie not been killed as he was, it is likely that he would have eventually died of the effects of radiation, as did his wife, their daughter Irène, and her husband Frédéric Joliot.[[35]

Rest in Peace, pioneers of science

Which is, of course, a vast world of difference between that and a little bit of tritium.

They didn’t even fully understand what they were working with, because no scientist who does is so cavalier about it. Even bionerd23 exercises basic precautions and works to avoid contamination (usually).

After all, one can respect something and not take it at the same level as others might.

Well, I’ve officially explored that rabbit hole now. Thanks, I guess? She doesn’t work to avoid contamination, she actively pursues it, and quotes Curie while doing it. Why immerse your hands in Mercury for no scientific benefit, just to say you’ve done it? If bionerd23 is one of your heroes, I fear for you friend.

Why immerse your hands in Mercury for no scientific benefit, just to say you’ve done it?

I learned the concept of density at school by dipping my hand in mercury. All schools had a tank of mercury for kids to dip their hands into in physics class for that very purpose. I think we were more at risk of catching diseases from generations of school children dipping their dirty mitts in the same pool of mercury than from the mercury itself.

There are old Cinnabar mines around my area. What’s Cinnabar you ask, why it’s Mercury Sulfide. Back in the day, they’d dig that stuff up by hand, then heat it in big metal pots over a wood fire to render out the Mercury.

I know this cause one of the Olde Timers in the area was talking about going to the mines as a boy, and watching his father work while playing with Mercury and running around in the fumes from the pots.

He’s fine, no ill effects. Don’t know how everybody else turned out, but I’m damn sure not trying that. We’ve progressed since then in scientific and safety thinking. No need to go back.

Mercury exposure like that (as a liquid) is harmless.
The vapors when heated aren’t.
My father told me about playing with it as a boy. The silver dime amalgamate trick.
I’ve kept mercury for years, a fascinating metal.
Spills aren’t fun or easy to completely clean up and must be avoided…ha-ha.

Been to the Mariscal Mine in Texas and another one nearby. Unfortunately the distillery for the Mariscal mine was completely torn apart. Huge section of 30" diameter terracotta pipes laid strewn about, most of the hearth remains. It’s eerie to walk those grounds because you know at least some if not all of the workers suffered from their exposure.
Even mining it is hazardous. Cinnabar was all around both sites, cool. Both mines are still there too, now a haven for bats.

I’ve got some Gallium in the other room. Fun stuff. Very pretty. Much much less likely to give me toxicity / neurological issues.

Completely agreed. Mercury is fine unless you have an open wound and can basically get it into your blood. My Dad bit apart a thermometer as a kid and presumably swallowed at least some of the mercury and was fine. Cody from Codyslab talks about this a great deal.

Now kids, gather round close, let’s talk about dimethylmercury, a name you can’t even Google without seeing Karen Wetterhan’s name, and not for good cause. Organic mercury compounds are very naughty substances indeed, and not to be trifled with. That scares me far more than radiation, because ANY exposure is likely to be devastatingly harmful - so much so that almost no labs anywhere will handle it directly after her death unless it is absolutely required for the experiment and no substitute exists. THAT scares me.

bionerd ate a Chernobyl apple and played with the firemen’s clothing from the basement of the hospital. That’s tame compared to that wretched stuff.

@Satur9, simply stated, I think we just have differing views on acceptable risk. Some of them are well informed and some are just based on your life. That’s fair. But I still disagree.

Lol, when I was 6 yo I chumped down on thermometer and promptly swallowed the mercury.
Tastes like Chernobyl chicken…

Mercury is made out to be some demonic thing but it’s really only dangerous in specific circumstances or in other compounds.

Probably shouldn’t advertise that.
No one will find it… unless they are looking for it.
Mercury compounds tend to be very bioavailable ie very toxic…

Yep, I wrote aboot that above. Karen Wetterhahn was a colleague of my cousin at Dartmouth. You all but can’t get it these days.

It’s still used… much less and much more cautiously.