An interesting new viewpoint someone brought up:

Which would you prefer to fight:

How much time do I have to prepare?

In what kind of setting? Like, can I chose the arena?
And what kind of weapons do I have available? Just what the environment can offer to me, or can I bring stuff along?

They give you a choice of what you fight as well as a choice of weapon, excluding automatic firearms or anything overwhelmingly powerful.

Hmmmm… I’d rather fight 100 very little bears (hey, in German, the raccoon is actually called “Waschbär”, so it’s a bear as well!) than 3500 big penguins, I think… but 100 icebears or grizzlybears or whatever might be something different.

So no bombs, no mines, no poison? Damn. With 15 minutes of preparation, I could have prepared the arena in a way that killed most of the penguins just when they enter…

edit: after thinking about it for some time, I think I’d check the gates of the arena and just dig big holes directly in front of them (or rather, between the gates and me). My enemies would run into the arena, drop into the holes and I win. So I’d rather pick the penguins, because they can’t jump as high and so the holes could be a bit less deep → less time needed to dig them.
If that’s not a viable way to win, I’d take a crossbow (and the skill needed to operate it…) and choose to fight penguins as well - they’re smaller, easier to kill and won’t bite my arms off if they get close to me.

(disclaimer - I’d never kill neither a bear nor a penguin, I’m very pacifistic towards animals!

Giant pinecone robot is sold out, so Villains ‘R’ Us (a subsidiary of ACME) offered an alternative.

I would go with Penguins for various reasons.

I use Arch btw

100 Waschbäre and you get Tollwut
I’ll fight 3500 penguins any day, not under water tho

Villains ‘R’ Us (a subsidiary of ACME)

Yeah… that’s probably true. Okay, so a crossbow and a vaccination please!

before I read this I was going to say to just get an a10 and have that fight over in half a second. Just flown one in a sim at home, but I would rather my chances in the air than on the ground.

I don’t know if I’d want one of those strafing near me in a colosseum, but I do agree that it would end the fight quickly

I found evidence that bears like being fed. What if the penguins caught and fed a few mercenary bears to help their fight? 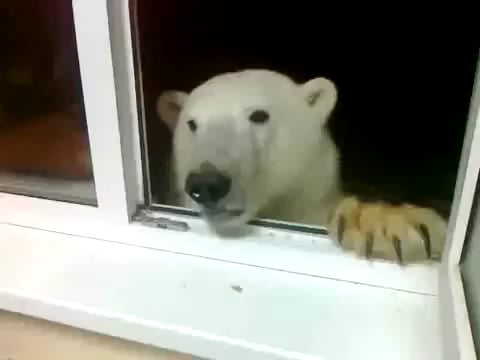 Oh boy, I hadn’t even considered that some may wish to change sides

Neither species are easily domesticated, so at least neither could breed a subservient army of the other, that would have thrown a wrench into my opinion

It’s a simple question of weight ratios. A 150 ounce bird can’t go against a half ton bear.

Sure, but there are 35 penguins for every bear, and they’re much more inclined to acting as a group, tactics is going to play a large part

Many bears weigh about 500 pounds, many penguins weigh about 50 pounds, that means that 10 penguins alone could similarly match a bear in terms of physical might, and then they have a support crowd of twenty-five more penguins behind them

It’s a simple question of weight ratios. A 150 ounce bird can’t go against a half ton bear.

What do you mean, an African penguin or a European penguin?

… and with that… bears vs penguins gets it’s own shortcode; http://dngr.us/bvp