I have a OnePlus 7 Pro. NFC is turned on, the additional NFC capabilities are enabled in Dev Options. The ring scans and I am able to log in to my computers, and BitWarden using pin/serial.

However, I can’t get any response from the phone itself and I’m preeeettty sure I should be able to. Could be wrong though. Phone should just be able to scan it, but I’ve also tried an InfoTools type Android app.

What other phones ( If any ) have you had successful reads on?

Is that similar to TagInfo / NFC Tools? Can you try either of those?

What about MCT App?

What are you trying to do? 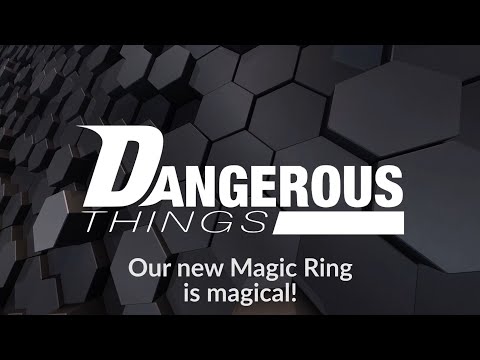 Do you have a Proxmark?

The Magic Ring contains a Magic Mifare “classic” 1k chip. The Mifare chips are 13.56MHz and ISO14443A, but they are not NFC compliant (known as NFC forum type 1 through 5). Also, mifare chips employ a proprietary security algorithm called Crypto-1 to protect memory contents, and this algorithm requires a paid license to use. The company that makes Mifare chips is called NXP, and NXP also makes NFC reader chips which are commonly used in smartphones. These reader chips from NXP also have a license to read Mifare crypto-1 memory. This company also made a pseudo-standard called “NFC type Mifare”. Together these things mean that if your smartphone has an NFC reader chip from NXP, you can fully read Mifare chips, including the magic mifare chips inside the Magic Ring. If your smartphone uses an NFC reader chip from another company, it will not be able to read the memory contents.

However, if your phone doesn’t have an NFC reader chip from NXP, it should still be able to at least read the serial number (ID) from the chip… but only if you use an app like TagInfo.

Yeah, I have a Proxmark. I wanted to see if I could do something like how I’m using it to login on laptops. Amal actually saved me a wild goose chase in the comment below. Appreciate your reply though. I’ll watch that video.