Finally got around to making a RFID door lock for my basement door. My house is really weird and has this door from the garage to the basement. I’m not complaining since it’s super convenient for moving big stuff down there though. I made this with mostly a bunch of old stuff I got off eBay. Specs are:

All powered by my battery backed 12 volt system. The whole thing will run for a little less than 7 hours after a power outage. I need to up the time it’ll run after an outage but it’ll do for now.

The whole thing will run for a little less than 7 hours after a power outage. I need to up the time it’ll run after an outage but it’ll do for now.

did you consider installing a pressure pad on the floor?
I have mostly designed my system, but yet to install on my sleepout. (still waiting for parts)
This will effectively only turn on the system when you’re standing at the door.
(I considered a momentary button but the pressure pad frees up hands)
in my case it will also power my pneumatic doors.
This will save power and I wont get “caught short” if there’s a power cut (still with battery backup).

I haven’t decided whether to Run it off mains and use battery as backup, or run it off the battery and use mains to charge the battery

I don’t know about the application of the pressure pad, I’m assuming you’re meaning it as a request-to-exit system where the lock will pop when you want to exit and also not flag it as a “forced entry”. I have a number of things I need to fix like adding a motion sensor, replacing the doorknob, and fixing the strike placement. It works now though which is cool.

For power, I use an Altronix SMP5 which takes about 32 volts AC in and puts 24 volts DC out. There are 2 7ah SLA batteries in series connected to the battery terminals which charges the batteries at 300ma and auto switches in the event of mains loss. My transformer is a bare wire tie-in transformer without a plug so I have to flip the breaker to work on the mains on it. It runs my networking backbone (FortiGate, ISP-provided ONT and router) as well, so I need quite a bit of runtime out of it. I will probably get some 18ah or 25ah batteries to run that part of the system. I want 24 hours of runtime on the networking for the critical life-safety system backup.

Sounds pretty sophisticated,
Im referring to something like this 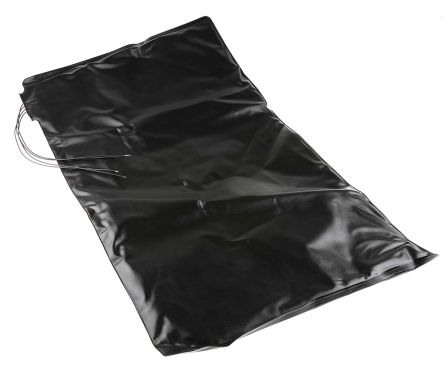 I was meaning and am planning for myself a pressure pad that is normally open until you step on it, that then closes the circuit powering your reader and locking mechanism (depending on your lock whether it is electric lock N.O. or Magnetic lock N.C) sorry, I didn’t look up your lock specs.
Obviously safety issues with the electric lock if there is a fire etc. needing power to unlock so you would need a secondary egress or mechanical bypass.

link with further info and specs

It’s electric strike, so you need power to unlock. The inside handle will be able to unlock the door in case of total power/comm failure.

sounds perfect for the mat application which goes up to 24V