Ok so I just got my first implant a few days ago. I LOVE mt NExT but am having some issues trying to get a usable range out of my rs522 reader. Currently I can read through about 1mm of plastic wich if I was just making a computer login device would be fine. Unfortunately I’m trying to build a setup to be used in a car and on an ebike. With only 1mm of range unless I have the reader hanging off my car or bike is basically useless. For the car setup the reader will preferably be hidden in the rear driver door as I’m going to use door popers to completely limit access with 0 keys. On the bike I have some more flexibility and was going to build it into a fake tank or something like that thats 3d printed. Any ideas? I want to stick with arduino as its easy to make my own firmware and I can make it do a series of events not just turn on a relay.

There might be some good ideas in here for you.

It’s hard to capture on my phone camera, but the screen is very crisp and readable from the front seats. I ran through starting a few times in this vid, to make sure the text was readable on camera. [CaRFID OLED Demo] I actually had to print the new front panel twice, I fucked up my bed adhesion the first time and it warped

thankfully this one turned out fine.

I’m going to use door popers to completely limit access with 0 keys.

I like this idea, just be aware, you will need to incorporate a “window” for your reader as it won’t read through metal.

Let me find you a sorta, kinda similar YouTube video I have seen… 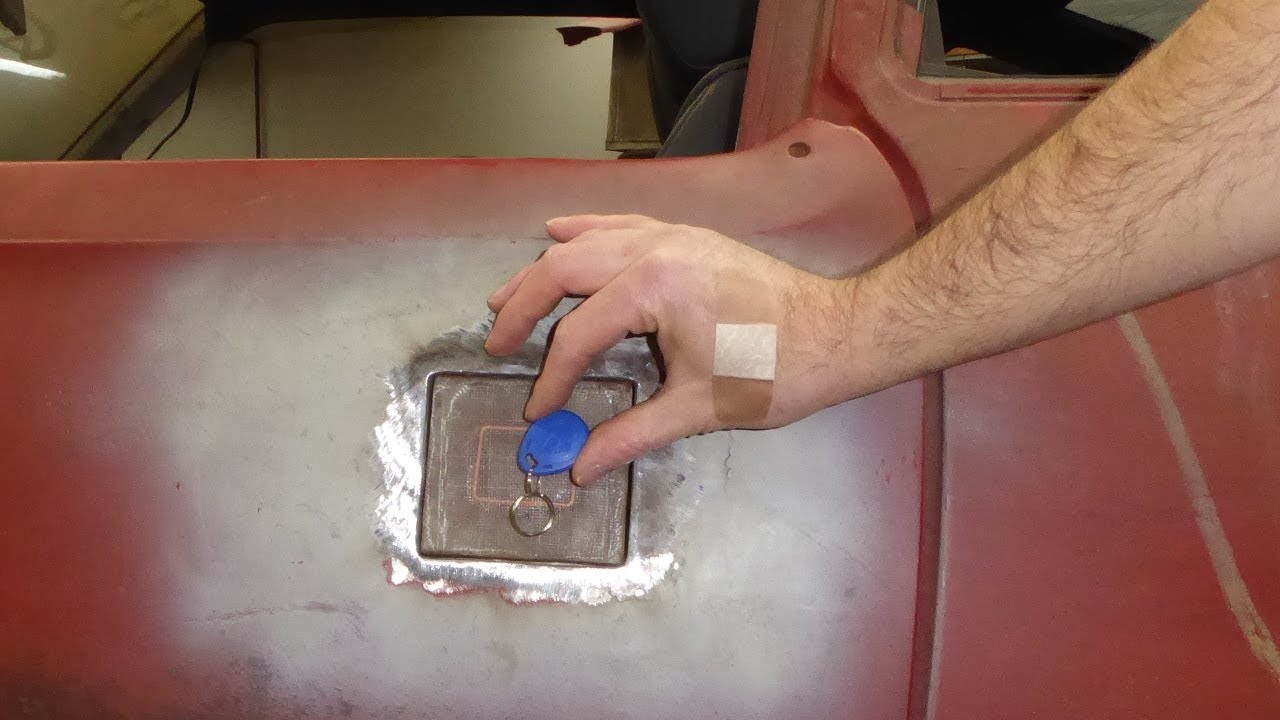 get a usable range out of my rs522 reader

Unfortunately I do not have a x field detector. And I do know there are alot of crap rc522 and 532s. I actually am returning a 532 that will not read at all. Funny thing me and my buddy were talking about the project as I put the second video on my TV and came up with Fibre glass like right before he started to do it on the video. I think I will be trying out the lf side of my NExT here soon and see if that might be a better fit.

I neglected to mention that the video I linked to, there is also an implant that get done at around the 1 hour mark,
It is an assisted install, he does the needle insertion and his approach is “from the rear” ( Wrist toward finger tip )
and about 1:06 is him using it to open the door, Very fast and easy read.

I like this idea, just be aware, you will need to incorporate a “window” for your reader as it won’t read through metal.

Either a window like you posted, or embed the antenna into the handle/popper (plastic)

I tend to find out that some industrial style readers (usually in wiegand standard) connected to an independent power source and controlled via the arduino/raspberry, using a relay and some direct control wires, tends to have a much better range than default arduino/raspberry readers.

Much better as in… from an Arduino reader that reaches 5mm, my wiegand goes to 40mm.