Sorry if this is obvious, but I’m rather clumsy with web things.

When there are new posts in a thread, there’s a blue dot with the number of new posts written in it at the right of the thread title. I click on it, I’m whisked away to the earliest of the new posts. Fine, I get that.

But sometimes the dot isn’t blue but gray. When I click on it, it takes me to a post I’ve already read.

I’m thinking gray dots point to existing posts that have been modified. Is this correct?

Hmm no, that’s not it. Most of the times I’m not reading anything. My browser is just idling on the main forum page. And then I see “unread”, look around, see a gray dot. I click on it, it takes me to a post I’ve already read. Damn, okay. I go back to the front page and boom: same damn gray dot. I click on it again, same post… It might happen several times, and then it stops.

The only explanation that fits is that someone is modifying the post repeatedly, and each time it flags something unread (but gray) in the thread.

I’d never noticed it, but I just hovered my cursor over one and I got ‘you have 1 unread old post in this topic’. Not sure what the definition of ‘old’ is in this case though.

I’m thinking gray dots point to existing posts that have been modified. Is this correct?

I’m not 100% sure, but this is the conclusion that I came to also

Stolen from another community… 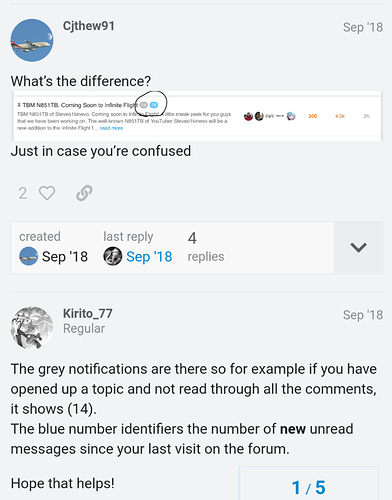 Well, then it ain’t working, cuz I’m talking about threads in which I’ve read all the comments from top to bottom (and it doesn’t show as unread) and then later on, a gray dot appears with one or more “old unread posts” listed in it, and when I click on it, it takes me to posts I’ve already read.

Even better, only this morning: a thread appeared in the list of unreads with the gray button, and it took me to posts that were posted before I joined

I am about to edit my post above.
Let’s see if that gives you a grey dot

Damn, I went right back to the thread before checking the list of unreads. Can you edit it again?

Nope. That didn’t do it.

I keep a another browser up and idling on the main page to catch gray dots when they happen, see if I can deduce what they’re for.

Stolen from another community…

But that sounds pretty much like what I was thinking…

posts that have been posted while you were reading the thread

Modified posts don’t notify me at all. 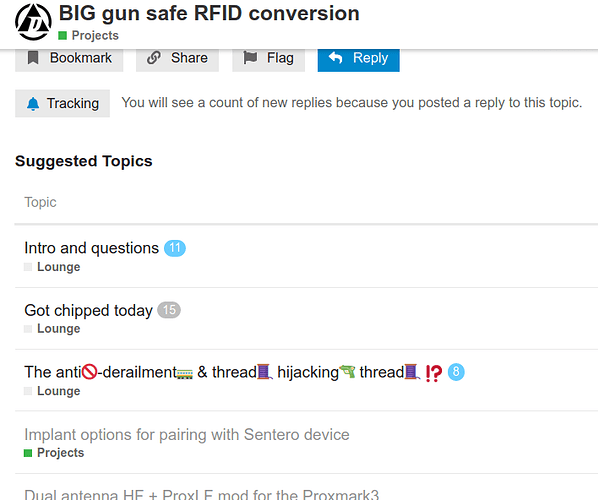 Before reloading the page, I only had the blue unread posts. Then suddenly 15 old posts unread.

on a desktop maybe just hover over it and see what the alt-text says?

The gray dot floater says I have 15 unread old posts in that thread - which I didn’t have the moment before. Actually, the only way of clearing the gray dot is to click on it (takes you to an old post) and then scroll all the way to the end of the thread, to “read” them old posts.

That was a desktop machine btw - Firefox on Linux

ah yes… ok… so i notice that if i click into a thread but don’t real alll the way through to the end (last post in the thread) i get this grey dot also … but the thread title is still bold too.

This is of course not a very important issue. The only reason why it bothers me is because I have this habit of leaving a browser tab with the DT forum in it at work, and when something new is happening, it changes the title of the tab. Only that doesn’t happen if I have “unread old posts” in gray dots, because then the tab’s title says I have stuff to read all the time, which defeats the purpose.

It’s such an unimportant issue that I most certainly won’t bother pulling the code to fix that. I have better things to do with my life

I thought maybe I misunderstood the feature. But no, it’s just that it’s messed up.