Got my first implants and I have a few questions

So after following DT Development and the forums on and off for a few years I finally decided to get my first implants (NExT in L3, xSIID L0, xLED-125hz L0) the installation went well and wasn’t as painful as I was expecting.

They read well but the implants came out coil first in the needle (which I kinda expected as I read Amal comment in a forum post “Yes… they were all supposed to be loaded so the LED would come out of the needle first… but the ones we did lot testing on were loaded backwards… so the coil came out first… so it appears “most” of them are loaded such that the coil comes out first.”

But I was hopeful that it might be loaded led first… unfortunately, they were coil first and after a few days of healing I realised the implants were migrating back towards the injection sight which I also knew would most likely happen
but with the LEDs being close to the injection site they are not where I quite wanted them…

Sooooo! I really don’t want to get them yanked out and replaced/reinstalled so last night I thought fuck it I’m going to try and turn the implants 180° then the LEDs would be in the spot I wanted.
it kinda worked… after about 4 hours of manipulating the implant I managed to turn my xSIID about 100° clockwise, not sure why but I couldn’t get it to turn any further(The swelling made it a lot harder to feel and move the implant) and the led is in a spot I’m quite happy with plus it is brighter in this new spot! it is a slightly odd read angle but sitting comfortably (might try and move it more when the swelling goes down but have not decided yet).

I kept at it tho and it was stuck in this new position for a long time and just wouldn’t budge (starting to get a bit nervous at this point) and the swelling started to make the implant very hard to see and feel but after a few hours of pushing and putting ice on it to reduce swelling and tighten the skin, I managed to pop it back to its original position which was a huge relief! (maybe a little closer to my thumb metacarpal now tho…) But again if I could get this thing to do a 180 and move back up my hand a bit then I would be very happy with its position.

SO! Question 1: does anyone have any advice or experience with turning your implant around or just moving its position in general??

(Below is photos of its planned position when getting the install done. and photos of where they are now after 6 days of healing and me moving them around last night)

Where they are now

Question 2: My NExT is still a bit tender to the touch but healing well. Once again it’s been migrating back towards the injection site and I just wanted to get some opinions on whether or not the implant is too close to my knuckles or do you think the positioning is all good??

Question 3: The Reader to access my work and gym is an ICT (TSEC Standard RFID Card Reader https://www.ict.co/TSEC-Standard-Card-Reader) The tag provided is a T5577 set up as an HID Prox. I have already cloned the tag to my NExT but have not tested it yet.

Question 4: I am very interested in getting a payment conversion but it would have to be a Westpac paywear chip but I am concerned about the size/shape of the implant as I would prefer to just use a needle and not need scalpel work… is the size/shape something that can be changed to suit using a needle or is that not an option?? (i read on a post a while ago that it cannot be changed but I thought I would check again to be sure)

Any advice or info related to any of this would be much appreciated! Thanks, guys.

I can’t tell if one of your implants is 90° to your thumb currently, but that’s probably not advised, it’s likely going to be uncomfortable in the long run, best case scenario, worst case it’s more vulnerable to damage or damaging you

As far as your NExT, a lot of time the implants will decide where they wanna be, and there’s not a lot you can do to change their mind, they will find their most stable posistion… lowest energy stage if you will

My advice, if it’s not where you want, yank it, heal and go again… I pulled a magnet recently and it’s really not that big of a deal

as soon as it got stuck at that 90° mark I knew it wasn’t good. but it is back to normal now. I still would like it to be flipped so the led is facing towards my wrist tho. I’m tempted to give it another go

Are you in Australia or New Zealand?
Can you link the paywear chip you are considering, and what other options you have available to you?

I highly recommend the payment conversion.
I have the ASB one myself, and my next one will likely be Westpac.

Regarding the needle, the custom needle is a viable option for almost all payment conversion installs, likely including your planned one.
Although it may look more intimidation, the installation is very similar to the xSeries installs you recently had

I am in Australia. I have done a bit of research and so far my only option is the Westpac paywear chip (maybe someone knows of an alternative) Wearables - Westpac PayWear Wearable Payment Device | Westpac the link doesn’t tell you much about the chip itself, but it is listed on the payment conversion store page.

Amal is better to answer you question officially,

But here are my thoughts.

Do you have the Paywear yet?

If so can you scan with TagInfo and post the capacitance.
if compatiable it may be viable for a narrow custom job

I had an ASB (NZ) one converted.
I will likely get a WestPac one next.
We have this style, which is very similar to my ASB one. 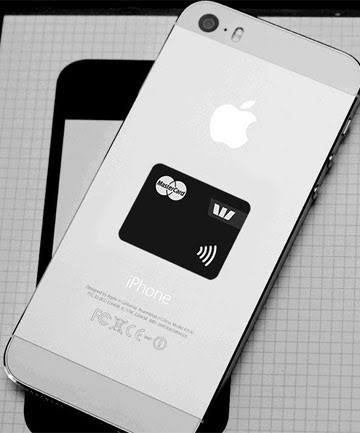 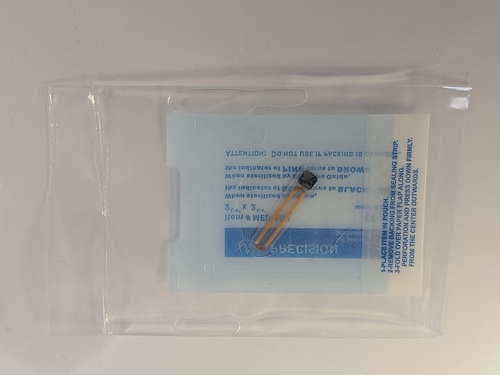 You can read about my experience here

Everybody wants one, I actually have one , here is my journey

Along with everybody else, I am eagerly and patiently waiting for the Apex Line to be officially launched. The Apex line will be a powerful device that will be capable of many functions, including payment. However, currently, we don’t know when or where, globally

this will be restricted to upon its release; therefore, I have…

Alternatively, have a look at what your banks have to offer, if possible, The Fob style I believe are the easiest for the conversion process. 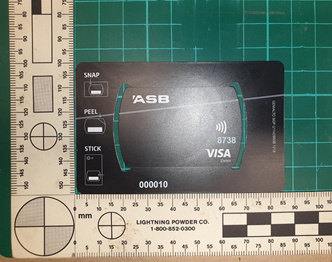 Commonwealth Bank have this

@fraggersparks do you have any conversion information for other Aussie banks

No, I don’t have my hands on the Paywear yet. Hopefully soon tho.
I will be sure to scan it and check because a narrow option would be great!

where did you decide to get your ASB chip implanted?? I think knife edge would be best for me.

is there a difference in performance between a narrow vs the more rectangular ones??

where did you decide to get your ASB chip implanted??

Very convenient.
I got it ontop of the bone, but should have put it in the space between.

In my opinion, #3 or #4 are great for presenting to a payment terminal
#1 or #2 would require a little more contorting but still viable.

Knife edge I would call #5 and would be the best for presenting but it is exposed to a lot more flexing therefore stresses to the implant, with the style conversion I got it is pretty robust with a chip and wire antenna so would probably handle that position better than the newer style antenna, as the Chip on the PCB has more stress points, however there is some work being done in the background to make this design more sturdy.
I don’t know if it could ever be robust enough for the knife edge, but time will tell.