I’ll get right to the nitty gritty. Hopefully I can get the answers without getting virtually flogged

I’m just going to throw some stuff out there for you, my USA geography is not great.

Arbor Michigan yesterday getting a daith done and J.C. Potts kindly agreed to do the installation. Everyone there is pretty excited about it, so I pulled the trigger fast for sure. We’ll make sure to get the install on video. They’ve done magnet implants and other work, so if you’re looking for a partner in the Detroit area they would be great folks to connect with; a high-end super professional shop with a huge following.

Just got back from speaking with a local piercer in Columbus and while everyone at the store was very excited and interested in my NExT and Vivokey, they informed me that due to ohio’s laws I’ll probably get turned away by any brick and mortar store. Based on the partner map I’m looking at a day trip to Louisville soon 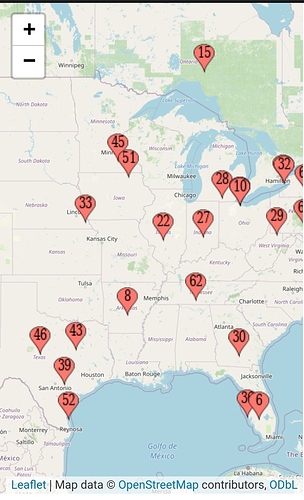 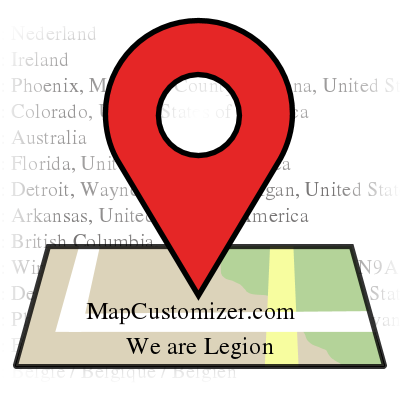 Hope some of those pan out for you

I went to vicious ink tatoo in Rochester hills mi. 1672 E Auburn Rd, Rochester Hills, MI 48307. The guy there was awaesome and really excited to do my implant. The price wasn’t bad either.

Yeah, I do have a contact in Indiana. Has done three out of my four implants and always been above and beyond excellent.

HAHA, are you going to make him drag it out of you? Ya Tease

Oh sorry haha I haven’t had my coffee yet!

Pirate at Revolution Tattoo in West Lafayette, IN. As much as I despise FB it looks more active than they’re Yelp.

As much as I despise FB

Wooo awake with a pounding headache, well at least 3 hours ago… I might try Vicious Ink since that seems to be close by. About 1 1/2 hours drive, so a 3 hour little adventure; not including stopping for drinks. Still gonna plan around 3 - 4 weeks in advance, since partner is working now in healthcare, and we got a single vehicle. Schedules are all over the place.

Apologies for the abrupt and non formal post last night. Enough booze to render me in less than an ideal state of mind to ask those sorts of questions. Excited and terrified tbh, I’m bad with needles, hell even my soldering iron makes me nervous, no matter how long Ive been using them.

Once I get the chip implanted, gonna use it for access for my PC, Phone, and have it link to my site. Honestly to some people it seems a little over the top, but having to retype a 20+ character password into my pc after walking away for a few minutes gets awfully annoying… especially when you’ve gotta do it multiple times within an hour. Also since I wear gloves due to Covid19, fingerprint sensor wont work.

Forgive me for probing but might you remember the name of the chap? If I can get the same guy with the experience of implanting the same sort of thing, I’d feel rather less anxious tbh.

No problem I was looking last night so I could give you the name but I couldn’t find it. Finally found it though his name is David, he did a great job. Don’t feel anxious it looks scary but its not, for me there was a pinch and some pressure and it was done.

since partner is working now in healthcare

I shouldn’t be detracting you from an actual piercer, but
Ummmm

She works with the mentally compromised. She VERY rarely works with needles. I’ve asked her already; unfortunately she REALLY doesn’t wanna. Can’t say I blame her

When I showed her the needle size compared to the implant, she asked if I was SURE I wanted to do this

Suffice to say, she’ll never do it.

Jokes on you, I’m perpetually anxious. Ever go shopping and have an anxiety attack about whether to go for the low sodium soy sauce or the standard; then freak out wondering if people are staring at you cuz you havent moved from the spot whilst deciding said sauce?

I was warned I overthink things when I was a kid… btw I went low sodium.

I guess I’ll have to call in about a week once there’s a opening in schedules. I’m not sure if this guy works there basically every day or occasionally, being that I’d want specfically him to do it. Either way, this work out I suppose.

Unrelated to this thread ( Sorry )
But can we expect some RFID related @FFFTechnology projects on here?

There’s also Fenton tattoo and piercing, claims to have done several in the past few weeks

He’s charging 80 PER x series injection, I’m on the fence ok about whether 160$ it’s an ok price or not for getting to chips injected but it’s an option

Well I do mostly 3D design via Fusion 360, so I know imma make a magnetic X styled mount for the KBR1 to attach to the side of my PC; I hate shit laying around since my desk is crowded with a 3d printer and all that junk. Attaching the reader to the side of the PC (Away from vital electronics) will keep it from getting dirty, and accidental smashing via keyboard.

Electronics oriented? Ive done JUST enough stuff to SEEM competent. Mostly Raspberry Pi oriented things. Ive been having an idea for a wall mounted raspberry pi with an adafruit HDMI 7in display. I had an idea for it to display some custom info via implant reader (As in normally itll just give me my time and weather, but with a RFID reading, flash info up like notifications and the like. I honestly hate it when my phone and PC go off from notifications. Id rather just check notifications on a separate device, whilst keeping a certain roommate from seeing the same. No much of a coder, but I could hack and slash my way through it.

Id do an alarm system, but with 3 different people, I see a huge mess in my future if I attempt that.