The titan is pre-ordered and sold in batches. Batch 3 is currently open for orders.

As for where DT gets their coatings, that would be a question for @amal, but I wouldn’t be surprised if he doesn’t want to (or can’t) tell you.

I believe I read somewhere that the biopolymer DangerousThings used on flex implants isn’t silicone based. That could be entirely wrong though

I’m also pretty sure that the consensus is that such a coating is less than desirable for a magnet, as improper sealage can lead to degredation and loss of magnetic power over time, it’s why the titan is coated in a solid layer of titanium or the xG3 is sealed in glass

In any case, good luck with your search 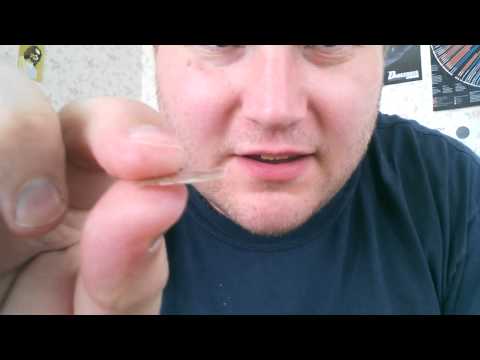 It is just described as “a biopolymer”

Some would even consider it to be amal’s

Ah magnets.
You might as well just forget anything other than DT implants. Xg3 or titan, while pricyish, are the right choice for any sort of safety and longevity.

Here is a vid from our exalted leader @amal 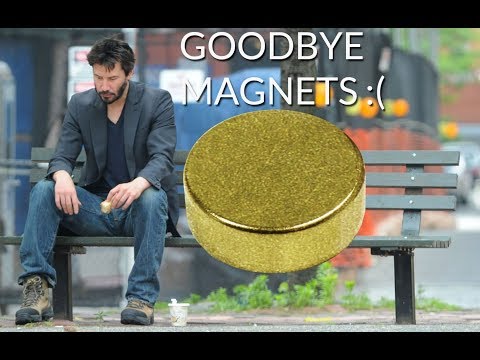 I was thinking about this the other day,

I have nothing against proprietary, but how does one know the bio polymer is truely bio safe without knowing what it is?

I’m sure there’s some stuff floating around I’ve skimmed and forgotten, but I mostly assumed the risk based on anecdotal evidence from everyone else not having issues

I’ve done the same (large pool of test subjects with no bad results), combined with a large amount of trust that amal has done his research on materials safety for whatever he’s using. Those two combined make me feel comfortable enough. Also, while it’s a proprietary process for encapsulation, I would be surprised if it’s an entirely novel material for use in body-safe applications.

He very well might have posted in the past more detailed info, but if he has, I haven’t seen it.

Also, watch me say all of this, and then have Amal hop on in a few hours and dunk on me with some better info

how does one know the bio polymer is truely bio safe

The DT store lists two standards (USP Class VI, ISO 10993) that the material meets, I don’t know anything about them specifically, but I assume it’s at least partially there to show it’s capabilities in that regard

However, supposedly parylene is up to those standards as well, and is partially why I thought that is what DT used

I have nothing against proprietary, but how does one know the bio polymer is truely bio safe without knowing what it is?

This is something that I definitely have thought about a few times, and basically came to the same conclusion. For something that goes in my body, I would love to know at least the general class of polymer / type. I don’t want to know how it’s done, or any slight modifications, I can’t expect that. But given that Amal has referred to a past history in medical devices, that’s something I’d like to understand and do more research on.

Saying that, I’m gonna be putting some of them in anyway

, but I’ve definitely had people in my life who were super happy when I said I could find the bioglass specs (from Schott) and titanium grade (I think Amal said it somewhere), and less happy when I couldn’t describe the flex polymer composition.

Also, watch me say all of this, and then have Amal hop on in a few hours and dunk on me with some better info

However, supposedly parylene is up to those standards as well, and is partially why I thought that is what DT used

I’m pretty sure that’s not the case, that’s one of the things used to make implants bond to tissue which is specifically avoided by DT, also it’s been discussed as having severe application difficulties and brittleness

I’m pretty sure it’s not what DT uses, I now believe I was miss-remembering something else on the forum, but it still seems to meet the same standards as what DT uses, albiet while not doing anywhere near as good of a job in this case, which I find interesting

It was mentioned that this polymer is some packaging for medical stuff usually, if I’m not mistaken.

it still seems to meet the same standards as what DT uses, albiet while not doing anywhere near as good of a job in this case, which I find interesting

If this is the case (I haven’t look into it

), then those certifications clearly aren’t the be all and end all of biopolymer suitability / safety

They arent. Dunno where I picked it up, but those tests dont have much to do with implants. They inject some of the stuff in like 5 people and if they don’t have nasty reactions it’s fine… could be totally off though, dunno if I remember correctly. What I do know for sure is that I was shocked at how little this cert actually means. Just that the stuff is safe in the body, not that you can encase implants, it could still be brittle like parylene.
What means more to me is years of amals research.

It’s not silicone and it’s not parylene, and the iso testing has many levels and many different tests that cover everything from skin irritation to cytotoxicity and blood / bone contact for temporary vs permanent implantation. Actually Walletmor has had a series of lab tests done on the Walletmor implant, and we are waiting for those tests to be completed before we can create a publishable report. The cytotoxicity tests are already completed and of course, it passed with the lab tech commenting it performed “particularly well”, though that verbiage won’t be in the report itself

Ok, Thank you for explaining that a bit better.