Is it worth rooting your phone?

I have not been able to find a good alternative to the “old school” NFC unlock option that was available on Android. From my understanding I can root my phone and get it to work, but I’m not sure if it’s worth it just for the unlock. Are there any other things that my xNT would be able to do with a rooted phone that would not be possible otherwise? Also do any of you have a LG V50?

I’m not sure that trick works anymore ( I mean rooting the phone to bring the NFC unlocking functionality back). I’m fairly sure Google removed it altogether in recent Android versions.

Also, consider that if you root your phone, most secure banking applications will refuse to work. Those apps have gotten pretty good at detecting rooting, even when you try to hide it from them.

Otherwise, rooting is always totally worth it: it wrestles control of YOUR phone from friggin’ Google and hands it back to you.

Honestly it’s more about taking the control back from LG. Google let’s you do whatever you want with a Google phone.

Anyways my vote is for rooting, but you most likely can’t. Only the EU model of your phone can be rooted as far as I’m aware.

I’d love to root my phone but that’s what I was reading too. This is unfortunate because the v50 is an amazing phone and I feel it would only get better with rooting it. I might pick up another number just to be able to have a rooted phone lol

Rooted phones are great, but then you’d need an app that also handles locking and unlocking / decrypting… and since phone OS and storage security is getting more complex, that app will likely be prone to breaking a lot as new OS updates are released… it feels like a real cat and mouse game to keep an app like that updated and working with all the various hardware models and builds out there.

I guess what I’m saying is, this might only work if NFC unlocking was part of a custom ROM that you loaded once you were rooted… then it might have a chance of actually being stable.

Google let’s you do whatever you want with a Google phone.

Uuh, no. Really not.

Just look how how many dirty tricks Tasker and associated plugins have to use to access functionalities as an ordinary app. And you can’t access other apps’ protected space without root, or access all the filesystem. So if you want to do something as simple as a real full backup on a local drive, you can’t. Or gee, if you want to develop, say, an NFC-based screen unlocking app, you can’t because f*ing Google unilaterally decided that you shouldn’t have the right to.

I don’t know… When I buy a computer, I jolly well expect to have access to the entirety of the system I bought, and do whatever I please with it. Not so with Android devices: Google decides what you can or can’t do willy-nilly, and from one update to the next, out of the blue, stuff that worked before quits working just because they decided so. On YOUR cellphone. That YOU bought. Without asking YOUR permission. I find it outrageous, and I keep wondering how customers have been putting up with that shit for so many years.

You’re really into this, I respect that. I will, however, defend the good maiden Google and not let a scoundrel like you silly her name.

(That’s supposed to symbolize me throwing down a glove)

So android is an open-source project that if you really have an issue with any part of you can modify and push your changes to the global project. Yes, Google is the main contributor, but the project is open to the public. Many features of Android like having shell access have been removed because of the giant security holes they present. That may be annoying to you, but the average user cares more about not having their bank account hacked as opposed to using a shell to play with low-level hardware. Google, however, is the only mainstream phone manufacturer that gives you basically a git clone of the android open source project. Every other manufacturer makes tweaks of their own and if you don’t like them

I feel your pain though, I’ve been adamant about root on every phone almost my whole life, so wanna know the trick? It’s not to contribute to the AOSP at that point because a root shell wouldn’t get merged. Instead, just don’t run a manufacturer’s version of android. Run one with your own tweaks.You know how you do that? Buy a google phone from google, because almost every other manufacturer locks their phones down with a big

In summary, the only reason to be mad at Android is because of the Samsungs and LGs of the world. Google is trying their hardest to give you a good phone.

AOSP is fine. I run it on open hardware such as my Planet Gemini PDA. No issues there: if I want to change something, I can.

The problem, as you say, is the hardware that insists on locking you out of your own property. If I could buy a phone or tablet and be sure to be able to root it, and do whatever I want with it - and live with the consequences afterward - I’d be okay with that. You can even make it extra-hard to keep computer idiots out of it. But no: you buy something, it’s yours, and someone else keeps control of it despite the fact that it’s yours.

And that someone is Google. They love nothing better than a closed ecosystem where they can install their spyware and keep you from removing it or using alternative apps, and they work extra-hard with hardware makers to keep it that way. The whole open-source thing is all smoke and mirrors: sure they release the source code (they have to because of the GPL anyway), and sure you can make your own hardware and run the clean open-source version. But the reality is, 99% of the hardware on the market is locked and loaded with privacy-invading crap from Google, Facebook and whatnot, and the hardware manufacturers themselves.

And if you run a rooted AOSP, you can’t do banking anymore. That creates another hurdle that many people are not willing to accept. That’s why they all accept the closed Google version. But I’m sorry, you don’t need a locked system to do banking. Best proof is, you can do banking on your open-source Linux PC. It’s just that banks are lazy, and it’s very convenient for them to release apps that they don’t need to secure themselves when the locked OS does it for them.

As a result of all this, it’s virtually impossible to own and use anything other than a locked phone. It doesn’t matter that Android is open-source and that Google contributes to it, at the end of the day, in real life, you don’t get to benefit from the opensourceness of it.

As for the hardware manufacturers - LG, Samsung, Nokia and the others - they have no interest in creating a rootable phone. If they did, Google would stop working with them and it would be disastrous for them. Just look at what’s happening to Huawei now that they can’t work with Google anymore. Google is too big to be told off. So yes, they’re responsible for creating annoying hardware you can’t root, but ultimately they do Google’s bidding.

Finally, if you think Google “tries their hardest to give you a good phone”, you’re delusional: in reality, they and their phone maker buddies work really hard to sell you a spying device slick and shiny enough that you want to use it and forget that it’s spying on you.

(That’s supposed to symbolize me throwing down a glove)

See I agree with you on most of your points and your general sentiment, but here’s what you got wrong about Google. Google doesn’t care if you want to root your phone. That is why they allow you to unlock the bootloader on all of their phones. That is also why they haven’t stopped working with the few other manufacturers that do the same, like OnePlus or ZTE (before the whole china thing). It is the carriers that care. The claim is it is to stop unsecure devices from connecting to their network, but the real reason is that a rooted phone can tether without AT&T’s permission. Google, however, has nothing to lose from you rooting your phone. In fact, they have a lot to gain by encouraging creativity in the developer world. Many of the features we have now were taken from the people making custom ROMs and Xposed modules. However, you got me on your last point.

in reality, they and their phone maker buddies work really hard to sell you a spying device slick and shiny enough that you want to use it and forget that it’s spying on you.

Google’s business model is selling user data, so you’re obviously right here. Who doesn’t though? At least Google does provide a lot of good things for your personal data. They don’t even have a monopoly on anything, so if you want to do without Google it may be hard but you can. Compare that to a truly crapy company like Comcast who provide worse customer service than just about every company in every market, sell your data, and have a monopoly that you can’t get away from.

This thread triggered a memory that’s just out reach and I can’t find anything online… Didn’t Samsung used to have a bootloader unlocking and rom flashing tool. Like back in the S4 maybe at day’s?

Ya for their older phones.

You could buy a phone with NFC that’s under android v.4.4.3 (It’s really easy to root). That could work. But also look up which android version is the minimum for your app. Sad thing is that I have an LG K430 so it’s almost impossible for me to root.

Or just buy a pixel. No reason to have an old phone that is missing features and security updates. I think One Plus also still makes rootable phones. Then of course you could just import any phone you want from Europe because phones have to be unlockable there. But I’m in the same boat as you, I love my LG G8X. Dual screens comes in handy way more then root does.

I have my LG from europe, but I havent heard anything about phone unlocking. Can you give me a link to some article where I can get started? Thanks.

Well your phone is older then the legislation, so unfortunately LG doesn’t support unlocking it with the official tool. However it looks like it should be unlockable based on the XDA forums. I should be working so I can’t dive in to deep for you but look here:

I've created an app to do ROOT with a click :)

I made an app to make it easy to root in the LG K10 line of MediaTek, with just one click you will have your cell with access to root, including my app wo…


That app was made for Mediatek variants of the phone which is what the K430 is: 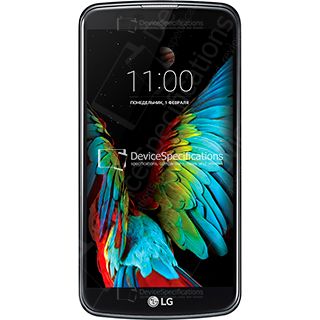 Risks with Rooting your device:

Also if the root is detected you loose access to secure apps like Google pay and other banking apps.