I was wondering if using sandisc’s 19nm 128gb flash memory chip, an MtM+ m905 bluetooth module and a4wd wireless charging coil to power the thing while in use. All placed on a flexible pcb and safely cased be a viable data storage implant for someone willing to implant something a little larger? Also there would obviously be a couple of other components required to make it all work together.

The total height would only be a couple mm in thickness and probably not massive in length and width.

If something like this was possible I wouldn’t even go wireless if able, just give me a port I can plug into my body

Check out the Pegleg

The coating on that thing made my eye twitch, that thing looks like it is going to rupture if you look at it wrong

I feel like using the wafers requires way to many tools and skills I at least dont currently have.

Working on it now, but it’s a serious challenge on multiple fronts. Good luck.

I’d be interested to see if Qi wireless charging could be implemented in a smaller form factor. I kinda doubt it though, because it operates at lower frequencies to get maximum power transfer, which means huge fucking inductors to achieve resonance.

You got me going down a silicon wafer application rabbit hole. Lol. I might buy a wire binding tool so I can use wafers for this project

The wire bonders reduce the Z axis height, but they don’t reduce the X-Y axis area. Plus you have to put some kind of epoxy over it once you’re done because the bonds are fragile.

Check out flip-chips. They take the bare silicon and affix tiny copper or gold pillars to the “pads” so it can be flipped over and soldered to the board like a BGA. More space saving than wire bonding and you don’t have to worry about delicate gold wires.

What if you were to design a glove or armband to wear as you sleep or something to hold it in alignment when charging? Could charge overnight as you sleep in the glove

design a glove or armband to wear as you sleep 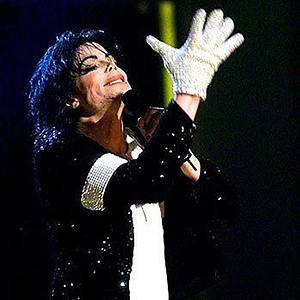 I dont like the idea of having a battery inside me. They have limited charge cycles and can degrade. It’s a more secure system if its only powered on while in use during read/write cycles.

Ok, I would still argue a glove or armband would be the most efficient way to line up the larger power coils. Perhaps it could also contain the hardware required to read the device as well.

Ha, and if you are worried about bioglass breaking just think what can happen when you dent a battery.

They have limited charge cycles and can degrade.

This is why we’re not making battery powered stuff, but we are keeping our eyes on the new emerging battery chemistry industry. The other issue we have is keeping things consumer priced means keeping things consumer grade, and that also goes for the stuff attached to the battery… so you might have a great battery but a crap $0.02 resister on the PCB that goes out of spec and tosses the battery into meltdown inside you… not good.