Hi there i was wondering if anyone knows of any led chips that can go in your arm that can be activated by the security scanners out the front of kmart target, Coles safe way in picture attached! 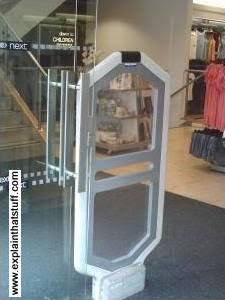 Alternatively, the may use magnetic tags ( ie. the clothing tags ) 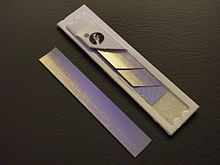 Which ever system it uses, I am not aware of any implantable LED’s for those systems.

Thanks, I wasn’t sure if there was anything like that yet, I’m waiting on when all this craziness settles down so I can get the thermometer one implanted, I’m looking at the vivo but unsure what it can do

so I can get the thermometer one implanted,

I’ve read the various topics on the xBT in this here forum, and I’ve watched a few videos on Youtube, but I have a few questions left: On the few videos showing people getting an xBT implanted and then using it, it seems to me the people have the chip implanted in the wrong location. Like this lady: she clearly has the chip implanted at the front of her arm instead of on the inside, as recommended in @amal’s not-so-unisex recommended xBT placement chart photoshop job. Does this explain why th…

As far as I’m aware, all antitheft gates are UHF. But I may be wrong.

Trogan2000, if all you want is get noticed at the checkout line, all you have to do is steal something

Or, alternatively, if you have a piece of clothing with a tag that’s still active, go to the store wearing it.

Interesting story, speaking of which:

A few years back, one area man did exactly that. he went repeatedly to the same store - and with some frequency too - with a piece of underwear that still had an active tag attached to it.

Each time he’d go through checkout, the gate would start beeping, and the rent-a-cop would pull him to the side and frisk him. Then, finding nothing, one of the cashiers would “scan” him, find the offending garment, and offer the guy to cut the tag or kill it with their handheld deactivation thingy.

Each time the guy would go all offended, loudly proclaiming that his clothes were his sacrosanct property and that no-one was allowed to modify them in any way, unless the store wanted a lawsuit on their hands.

He did that for 2 or 3 months. After a while, whenever the rent-a-cop would hear the beeping and see the guy, he’d just go “oh, that dude again”, shrug and carry on doing whatever he was doing.

And then the guy started shoplifting. And I mean, he f*ing lifted half of the shop, undetected, in plain sight! He only got caught because he was trying to conceal a mini-fridge under his coat or something not terribly inconspicuous

The power of habituation. Pretty clever.

Hahaha that’s funny no i was more wanting some lights to power up in my arm without the downside of a battery or having to be really close to a scanner, I don’t want it for evil I wanted it more as a talking point, either placed in my arm or neck (wife will lose her shit if in neck though)

Why is that man hanging around the scanner, glowing?

Why is that man hanging around the scanner, glowing?

but HF ones do exist

Nice find, I wonder how common they are?
I carry my diagnostic card in my wallet, I might start scanning shop doorways.

I think CVS has ones like that. Now I gotta check.

This is cool, I’m glad my question could get people talking, I’ve seen on YouTube (I think the modern rogue did one) on a giant rfid reader and thought hmm that might be just a smaller security scanner I wonder if there is an implant that would work and if it would work in the arm neck etc

These are 13.56mhz EAS (electronic article surveillance) tags, typically iso15693. In fact, the Spark 1 chip has EAS/AFI features that we had to disable haha… didn’t want people setting off anti-theft gates.

To further address the OP… the xLED-HF may light up but it may need to be very close to the gate. The EAS function of ISO15693 is extremely low power.

Can I custom order one that doesn’t have these features disabled?

Actually, bad idea, scratch that. Still would be great though!

Can I custom order one that doesn’t have these features disabled?

Or could they somehow be re-enabled perhaps?

In fact, the Spark 1 chip has EAS/AFI features that we had to disable haha…

Will the apex also have this and can it be reenabled? I work at target and i would love to screw with our ap guy…

can I get one that’s enabled? I’ll walk around in a tree suit setting them off HAHAHA