I’m living in South Africa. Can someone advise me.

Is this thread stil active ? Ggrreenn I hope I can get a response for you. I need help. Don’t understand what’s happening to me other than pretty much everything I’m reading here about gangstalking and nobody in my life believes me or will help me or even listen to the thousands of hours audio I have catching the voices talking. Whispering; the birds chirping the cats screaming the dogs being tortured the sex porn audio my survielence caught the three days id be put out to sleep , THREE DAYS THEY WOUKD KNOCK ME OUT COME IN AND OUT OF MY HOISE talk to my dog by NAME doing good knkw s what to me cuz they jammed the visual I only pick up bits and pieces of these men in my home. Everything I have is hacked z they can see my every move hear every word know my every step like they sneak behind me in my own home I can’t take it no more I can’t ficking take it. They harmed my child and he is too scared to admit it, he ended up having a seizure and suffers from epilepsy at the age of 16 out there fucking blue for no reason I can’t do it anymore. They harm my dog poison his feet somehow, ran him over with a huge van after he “got lose” (I suffer from ptsd from being kidnapped and almost murdered human trafficked used real forms of torture on me I had no heart beat, my pit bull is a rescue he was abused and he doesn’t leave my side I am annoyingly protective over him so he didn’t “get lose” they fucking smoked him with a huge van, he now has three legs 33 thousand dollars to keep him alive and he is viscous as fick towards ANYBODY who comes through my door so i knkw they sedating him as well: but his feet turn to blisters he can hardly walk he’s always looking up at the ceilings he hears the birds and cat noises too I can’t take this and I don’t want to end up dead or them hurt anybody else I love. My boyfriend turned into a complete mental pateient I didn’t knkw what was happening and jt scared me and my son I kicked him out and it’s been 11 Months since and he is almost a vegetable now. Cant walk. Cant hold a phone to type can’t feeed himself. And it’s been happening g me for almost three years, and him as well. Our bodies vibrated. We thought it was our bed. Our eyes WOUKD shake and we felt like we were not on this planet anymore we were floating like we were zapped (this happened to is before we even met each other, his brother was murdered (police say overdose i day bullshit and wont stop uncovering who killed him) but he was murdered almost 3 years ago and hrs been happening since. I met his brother and we started dating a year after his death. And we both had similar stories. Now he is about to die I think. Someone please fucking help me . Please.

Is this thread stil active ?

It is always active. We have a large community.

thousands of hours audio I have catching the voices talking

Do you have these accessible? Can you bring them to a doctor? Have to spoken to a health professional about this at all?

Someone please fucking help me . Please.

I think you genuinely need to go speak to a doctor if you have not already.

Might be better at helping you if you are facing immediate crisis in America.

I was implanted yrs ago against my knowledge until several months later when the person who implanted me became aware that his friends, he had stalking me, were going to kill me for fun. I have envolved the police and FBI. I have also contacted the CIA. I am unable to get help from Drs due to not knowing what kind of device it is or the app being used. I’m being tortured to death. 19wks ago I was told by 2 Dr’s that I am going to die any given moment. My organs are not functioning properly. My neurological system is badly compromised. I need to know what kind of devices would allow such things. A test yrs ago was done and the tech asked if I have any illegal medical devices and afraid at the time, without the proof I have now, I said not that I know of. I’m trying to find out the name of the test now and so are other sources. Tamerace White aka Mac, Sarah S, and Kara S brag they have done this before and I am not the 1st. The world needs to know of this device and the people who are doing this whenever possible. They have a case against them for stalking thus far. The case going on now will land them in prison but not before my death. Please help me! I can be contacted via email by any person or agency able to help: graylivatalia@gmail.com . Please help me before it’s too late!

@Pilgrimsmaster sorry I don’t have admin, can you move this to the appropriate thread please?

First of all that technology does not exist and if it did then it would be extremely expensive. Like country funded expensive. So you need to ask yourself a question. Are you a major political figure, CEO of a large company, a main player in the world of terrorism, or do business with extremely wealthy individuals? If the answer is NO then you should immediately seek assistance from your local therapist and psychiatrist

I’m glad I copied my comment. Pretty sure I could copy and paste it for every new post in here

and adding this link

I can’t believe this thread is still going, l literally replied to this in 2019.

I feel bad, this goofy lil’ guy has grown up so quick and I’ve never even sent it a birthday card.

Edit : I checked out the YouTube of the guy I was replying to, dude has finally cracked the code. 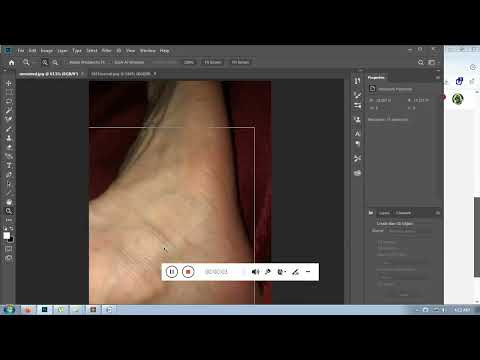 None of the commercially available implants can do anything like what you’re suggesting. They have no battery and they cannot be powered from more than a few cm away. You would know if someone was holding a power source near you.

These have a range of just an inch or so and require power from something that close. You’d see something on the outside of your body if that were happening. These also can’t do anything to your body. They’re more or less just a bioglass bead as far as your body is concerned. They can’t transmit anything. They have no appreciable magnetic properties. They aren’t toxic. They can’t even vibrate. They are inert in your body without a rather large external power source that has to be very close to the chip.

They are inert in your body without a rather large external power source that has to be very close to the chip.

In fact, they are inert when powered as far as the body is concerned.

That’s 100% true. I could have worded it better. Literally it just sits there. It’s about as functional as a QR code tattooed in the same place. Different kind of scanner but there’s nothing it can do on its own.

They are also gluten-free.

Can you edit this so you are not Doxxing people?

Also, you have a birthday coming up, any plans?

Hi, I don’t know much of anything about bodyhacking which is why I ask this question. As things like trackers, for example, can be so small would it be possible for someone to spike your drink then implant one in you without you realising? If you saw a mark on your body would you know or think it was a scratch or something? Then they can track you. I am NOT and would NEVER do that to anyone by the way.

No. It is not possible.

Go to the doctor, get an Xray if you are worried. They will show up very easy if they are there.

If there is by some chance one there, have the doctor remove it. Easy peasy

Then they can track you.

You should read this.

I am very scared as I have been tracked and some other very serious things happen that would not be appropriate to talk about here. Because of what’s happened the doctors have decided to give me an mri. Thank you for your reply.