I was thinking about to chip myself for years. Until then, I was keep F5 the VivoKey page for that part… that doesn’t move 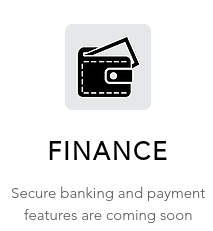 Now, at hospital, my access badge is the same of the University one (student card), allowing some access (computers room, go in the building, pay coffee…) ; the same one I throw every year in macdo’s junk forgetting in my plate… Oups !

I was thinking to clone it and chip me with that copy.

I scanned my student card with NFC Tools, here the info :

The “Size” thing is troubling me. I assume that my etablissement check the badge validity since the series number. Am I right ?

I know very a little about how NFC works etc etc, I would really like your advices you all

It looks to me as though your card is using the ID on the card to authenticate with the system, and there aren’t any NFC implants where that could be cloned to them. Really any card more advanced than the Mifare Classic 1K seems to give a decent amount of trouble when it comes to being cloned/emulated sucessfully, and most HF cards are like that as well.

The only way I can think to get your card implanted would be to either convert your current ID into a chip, or to get someone in IT/security to add an NFC implant to the system they have and tie it to your account, along side your card. If they would be willing to do something like that, the flexNT or the flexDF would probably be acceptable.

Also it’s hard to know if the card’s serial number is used exclusively or if it also uses the user memory contents… but in just about every application I’ve ever seen, the serial number is always used in some way. As @Jaroot said, we do not currently have an implant which can support cloning an Ultralight serial number and contents.