So I found this: 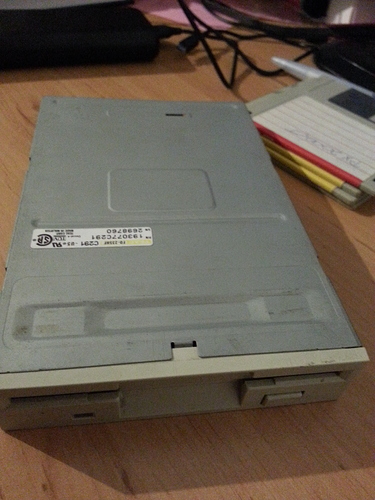 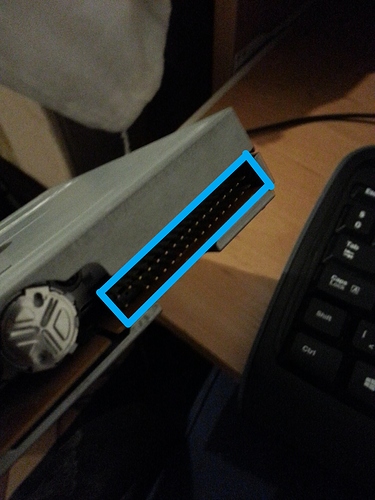 UPDATE: Just bought an adapter!! Again thank you soooooooooooo much. Im just really really thankful. Btw I found out that the disks were covered by another layer of glued paper. Looks like they were used for a server of some kind.
Disk 1: 9FX Motion 331 Install Kit for Windows NT 3.51
Disk 2: TLZ10 WNT v4.1 Drviver Floppy
Disk 3: AlphaServer FSL v5.0 RX23 1/1
Disk 4: No label, but once my adapter arrives I will update this post

Relating to this, I had this Dell floppy drive (it is actually a rebadged NEC drive) that I found in a random box. It was new unopened. It was supposed to a accessory for a old Dell laptop (which had a drive bay which you could install a DVD drive, floppy drive, hard drive caddy, or extra battery). I still have that laptop but the hard drive is dead and I don’t have a IDE hard drive, and it doesn’t seem to allow booting without a working hard drive (won’t even go into boot device selection if I want to boot from a CD or USB drive). Ok back to the floppy drive. It has some connector which appears to be a proprietary IDE connector. But apparently it has a mini USB port as well, which I wondered what that would be for. I plugged the USB into a Windows 10 computer and sure enough, it detected it as a floppy drive. I inserted a floppy disk and it worked. This made me wonder what that USB port was really for, as this surely wasn’t meant to be used as an external floppy drive. I ejected it and put it back in as the clicking feeling felt good. And then it got stuck. So I decided to take it apart. I got it unstuck, but I decided to leave it open as I wanted to see the head move while writing random stuff with it. One day, I was messing around with it disassembling it further and then I couldn’t figure out how to put it back together. So I just left it in the closet.

Fast forward to today, a year later. I saw this thread so I took it out of my closet and took a picture of it. There’s dust on it now. Maybe I might spend the next weekend trying to reassemble it if I’m bored. 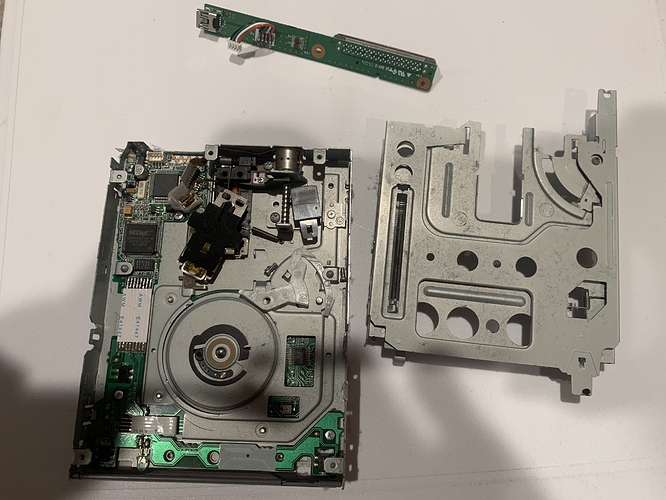 It has some connector which appears to be a proprietary IDE connector. But apparently it has a mini USB port as well, which I wondered what that would be for.

Floppy drives did not use IDE, they used their own controller bus which was smaller with less pins than IDE. During the last days of the floppy drive, USB 1.1 was already going strong and motherboards stopped including floppy drive controllers… many hardware manufacturers transitioned to USB even for internal devices. Floppy drives became relegated to the same type of peripheral as mounted SD and other card readers… they all were mounted in the case, but connected to internal USB ports on motherboards over ribbon cables instead of the standard USB connectors.

Im pretty sure the 4 pin connector that goes from the drive PCB to the adapter is actually USB.

But yeah, that actually might not be IDE. It certainly has more pins than IDE (although I’m sure that only a handful of them are actually being used). However, the same connector is used for the DVD drive as well. I wonder what interface it uses though, but it might be just similar to USB.

Im pretty sure the 4 pin connector that goes from the drive PCB to the adapter is actually USB.

I know what you’re talking about, but maybe he meant these wires? Look kinda USB to me? 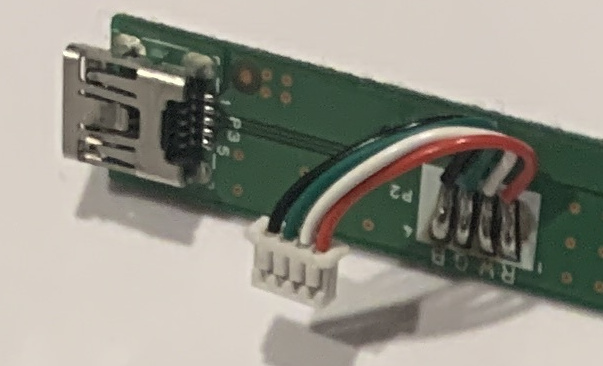 Ohh yeah that seems like USB colours and order match up. Sorry if I came across as curt, just didn’t want somone running 12v into their computers USB port

Well, in all honesty, something I would do.

Where did yellow come from? I don’t see any yellow.

The 4 wires is for data and not just power

I thought you where using this adaptor I linked at the start of this thread: 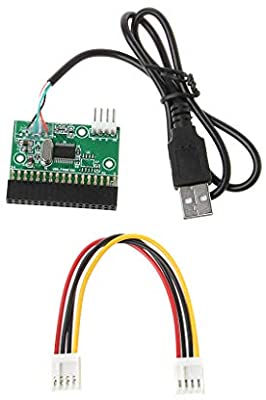 No I’m not op and I have a different drive than OP’s, sorry for the confusion

No it was my bad, I just remembered linking that in here and saw you talking about the 4 pin connector being USB and fired of a warning without checking

Is your drive mechanical? Mine was. It had a lot of springs and old components flinging out when i opened it. I put it bacc together after a day but it was hard. So make sure your drive doesn’t need springs to operate

Those of us who are old enough to remember having to work with floppies every day - or Zip / Jaz drives, or Bernoullis, or DAT tapes - never want to see them again. Thank the good lord for the gift of flash memory!

.50 cents at the computer lab each in school. The inner disc throws okay if you take it out.

I remember that stuff with the self-igniting floppies…

I bought an external USB reader about a year ago to pull some family photos of some floppy disk that were about 25 years old.

I also still secretly laugh when someone says “3.5" floppy”… hehehe