New Implant: What steps do I take?

Hey everyone, I just got a NExT implant in my right hand I’m not sure what the first things I should do are. I have a xEM EM / HID Cloner and a Furui NFC-PM3, and I’m looking to clone two cards to the implant: a HID and Ultralight EV1. I’m just wondering what steps I should take to begin this process. I heard from @amal that the chip cannot have an Ultralight cloned to it and that I need to have it’s UID registered with the administration. Any help would be appreciated and sorry for the low-level post as I’m very new to the implant scene.

No worries, everyone is new at some point.

You shouldn’t need to use the Furui NFC-PM3 just yet. You can do everything you need on the NFC side with an app. If you need to fetch the UID to give to a system administrator, try TagInfo or NFC Tools. On TagInfo, it will be in the “FULL SCAN” tab under the “Detailed protocol information” heading listed as “ID”. On NFC Tools it will be under “Serial number”. If you have an IPhone (or you really want to use a computer) you can install the NFC Tools desktop version and send commands using your USB reader with that.

For the LF side, what “xEM EM / HID Cloner” do you have (link?). Some of the eBay ones can be tricky.

Hey, @Satur9 thanks for responding!

So far, though, my NExT hasn’t been read by any of the readers in my current building, whether that’s for the HID scanner or Ultralight reader. Even the Field Detectors don’t light up when placed near the readers. I’m wondering if the readers are susceptible to ovular coils. I’ve included pictures of the readers below for clarification. Thanks again! 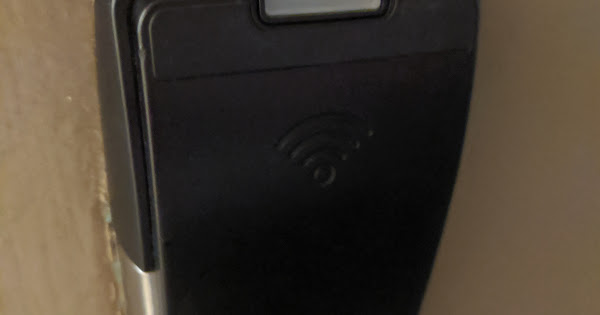 That reader looks very similar to the one that used to be sold here on DT (but isn’t necessarily identical, they all have the same case but sometimes different guts). You can use that one, but you have to be very careful about getting good coupling while you write to your tag. The antennas in those are not shaped well to couple with the cylindrical coil in the xEM & NExT, and writing requires a much better coupling than reading. Poor coupling during a write can cause tearing in the data and brick the LF side of your tag. If you do decide to use that cloner, make sure to take the case off and test with a LF xLED exactly where to place the bare antenna to get the best coupling, before you attempt the write to your NExT.

Even if you do get the orientation down, I’m not sure you’ll get any reaction from the reader when you scan an unregistered NExT tag. Many readers I’ve encountered will read the tag when you present it, but only flash the lights or beep if they recognize the tag from the directory of whitelisted/blacklisted UIDs.

Thanks again for the response, @Satur9.

I tried taking the case off my cloner and placing my included LF xLED tester next to it, but it didn’t even light up at all. Same thing when it came to diagnostic card, no lights at all. I was able to get the Furui to light up the diagnostic card and the HF xLED, although the xLED would only light up on the back of the device and wasn’t able to be read by the reader. I’ve included a picture of the caseless LF reader for you to see the innards of it.

Thank you for the note about the NExT not getting a reaction reader as I thought I had already somehow bricked it and messed it up. I had tried to clone it a few times already with the cloner, but it wasn’t able to read or write to it no matter what orientation I did. I ordered another reader to be safe, but I can always return it when I’m done with it. I’ve linked that below. Thanks again for your help. 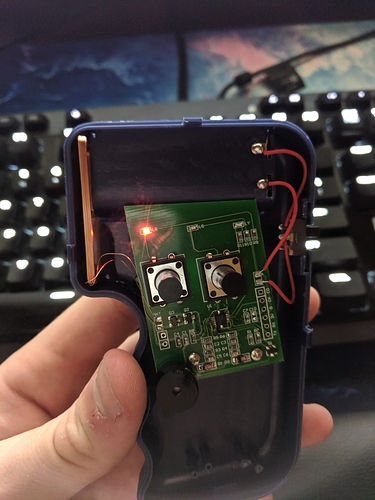 Chiming in here. A couple things. First, the LF side will not read on an HID reader until it gets cloned. The LF comes with an EM ID preprogrammed into it, which HID readers will not read. Second, for my xEM, optimal placement on HID readers is perpendicular to an edge. I have the same reader as you at the place I work at but mounted sideways, what I do is run my hand along it. That way it’ll be at a 90 degree angle to the internal antenna on the reader. Generally on HIDs you want perpendicular to the antenna and the antenna generally runs along the sides of the reader.

And regarding cloning, I was able to get my xEM to clone with the blue cloner you have. In my case I set the antenna parallel to my chip, pressing on my skin. If you hit write and hold it steady for 3 seconds even after the LEDs change color. If it doesn’t indicate a successful write, try again. If it doesn’t work twice just try it at work, mine refused to write “properly” but works just fine.

I tried doing this and it worked! The cloner didn’t light up at all, but it seems to have cloned the UID nonetheless. I was able to use my chip to get through the turnstile HID reader. I’m still struggling to get it to be read by the cafeteria cash register reader, but so far so good!