I’ve seen a video today that got me thinking on printable nice inventions and innovations going on in the RFID tech. 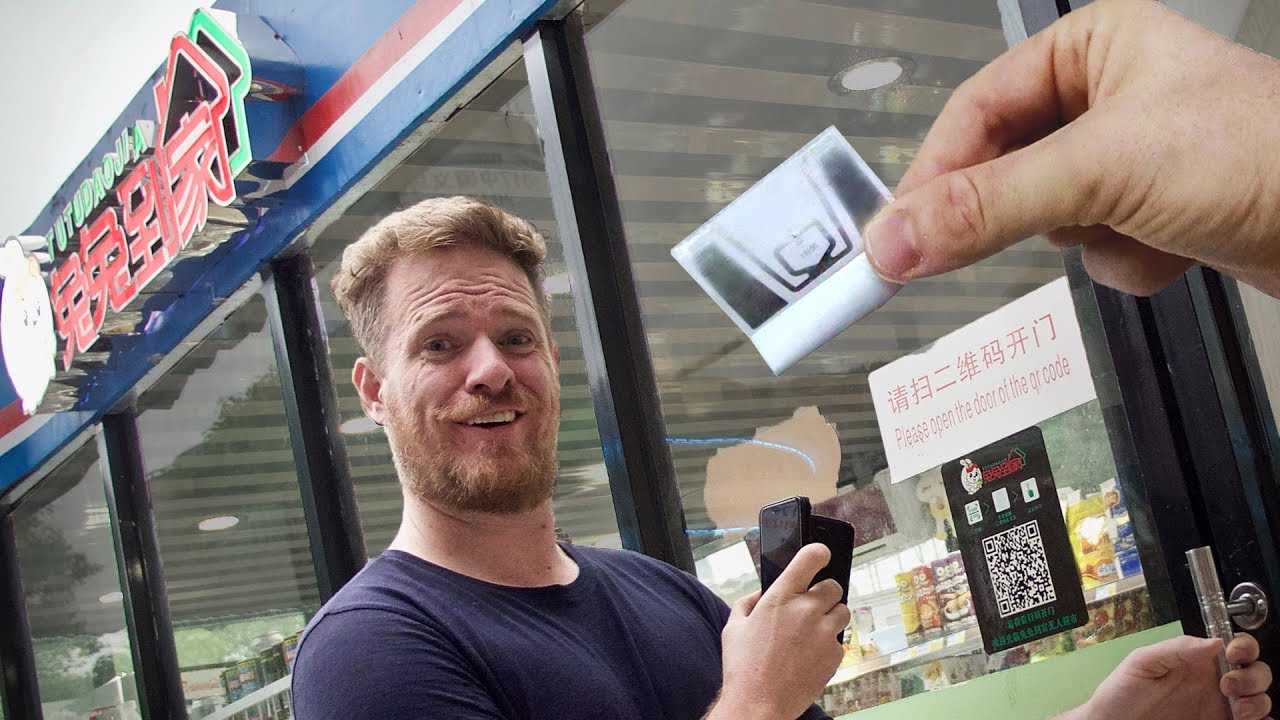 Just skip the market stuff and you can go directly to the part where he checks it on the microscope.

Could this kind of tech be applied to human mods? Forgive me if there’s something and I’ve missed it, but I don’t think so. I’m even imagining (I know, sounds too good) RFID tattoos

An UHF chip that one is. The reading range can go rather high once you have the matching reader.

Tattooing antenna is what I m not sure about… Above sound frequency you need to encounter parasite capacity (not sure about the term in English?) so you either have to be super precise or leave room for tuning. Aka you bend the coil or solder a blob and the characteristics changes.

Cool tech, but we unlikely to see UHF readers in phones… ever.

why google when you have friends

There is just something more poetic about “Parasite Capacity” even though I knew what was meant.

Thanks for the explanation. I already knew was not a good idea but a cool one, to tattoo antennas as they print them on a piece of plastic.

What do you mean by Google search away?
I posted this as a curiosity and to know people’s opinions.

I can imagine gigs where you put stickers on people to access areas or functions. That’s a jolly good idea. Similar to festival wristbands, but perhaps cooler.
I was thinking about actually inking the antenna under the skin for a sec.

Also, I take back the statement about phone UHF readers. Especially the “ever” part.
CAT comes out with advanced stuff, like thermo camera or laser. They might make a mini computer with built in reader that allows phone calls. 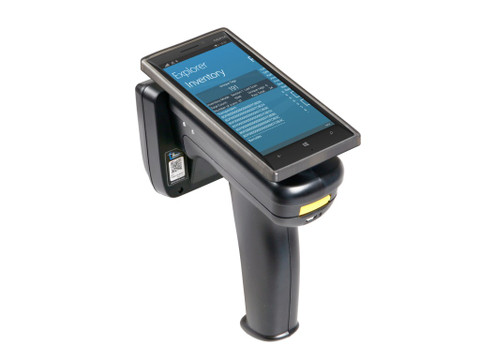 Looks like it’s already a thing! Probably warehouse use.

It’s a bluetooth reader, which requires another device that I think is user provided unfortunately. So not quite built in / fully integrated, but pretty damn close.

I’m even imagining (I know, sounds too good) RFID tattoos

Sounds too good indeed!! That is a brilliant cool Idea!!

Coming back to the cold reality, though, we would face 2 main issues:

When we print something, we deposit layers of ink on top of each other on a 2D plane. This helps make sure that the end result is a continuous line, so it can be used as a conductive line.

Now Tattooing is slightly different. What we see in the end is almost an optic illusion.
Instead of depositing ink in a 2D linear way, when we tattoo we end up with a loose 3D arrangement.

We deposit each microscopic droplet of ink at a “random Z-Axis” value, so even if we discard skin’s conductivity, the connection between the particles of in generated on a 2D printing process would be lost on a tattooing process.

Yet I do love your Idea! and maybe there is a way to circumvent both of the above issues! (+ plasticity), especially since they are intertwined to some degree.

Problem there is that once you stick an NFC tag onto human skin… it just doesn’t work anymore.

Similar thing as when you stick it on metal.
Too conductive a surface causing “interference”

So you would need to address it in a similar way as metal-sticking NFC tags: an insulation layer in between!
Yet, then you’ll have a bumping sticker, which won’t last on someone’s skin for more than 15 minutes (especially in events where it will be accidentally scrapped off)

Problem there is that once you stick an NFC tag onto human skin… it just doesn’t work anymore.

Actually this isn’t the case with 13.56MHz passive inductively coupled NFC… the skin’s conductivity is not an issue because it has very low magnetic saturability… magnetic fields aren’t too bothered by tissue… this is why MRIs work and NFC still works even under the skin… what doesn’t work about an NFC sticker is that the skin sloughs off so fast that the maximum time you can get is about 7 days. There were even “NFC Tattoo” stickers sold once that had a special med glue that might last you up to 14 days but 7 was the average.

When it comes to skin/water interfering with RFID look no further than UHF backscatter tags… those use the electric field to transmit and reflect energy, and those get beat down like (insert your favorite punching bag here) and go from amazing ranges like 10 meters down to a few inches at best… some just stop working entirely.

I do have a few different tags with me, on sticker format, which are 13.56MHz passive inductively coupled NFC, and they all cease working as soon as I stick them straight to my skin.

If I stick them to another plain/thick sticker, and then to my skin, they do work.

Not sure if we are talking about the same ones, but I did got a hold of a few of these, and they did work, but the glue layer was thicker (thus I assumed they worked because the glue layer was insulating it).
That’s what I meant with “bumpy” on my previous post.

CAT comes out with advanced stuff, like thermo camera or laser.

Not really, the CAT FLIR stuff is kinda crap - the platform is old and overpriced.

I bought a Blackview, has the same FLIR stuff but a lot cheaper and a newer platform.

I wasn’t complimenting CAT, rather just pointing at them as a possible candidate to come up with a specific tool - such as UHF reader.

They’re really fun, and actually come in handy quite often. I used it to diagnose overheating pcs, etc.

and that’s what it takes to convince me…

I found this reliable (haha) source

. I have a project on the back burner … Brady sensor to monitor temperature of film development. Those sensors only come in UHF. It’s just an idea at the moment. Will see…

I can imagine gigs where you put stickers on people to access areas or functions.

I wonder what happened with this: Invisible 'Radio' Tattoos Could Identify Soldiers | Live Science

I’m not sure this actually transmits anything, it might be more like a reflectivity thing, sort of like a mix of a QR code and an X-ray.