So, my brain did an amazing thing again, it remembered a conversation I had years ago about how someone with metal implants in their body could “sense” that it will rain soon.

After some googling I find this could actually be a thing, some people even experience pain before and during rain.

This has something to do with the barometic pressure.

I’m not far with researching this, but it’s enough for this stupid post.
I did not find a good resource yet, but I think this idea has potential.

I imagine you “just” have to implant a metal screw into your bone and done: low pressure detector -> rain warning system!
The biggest problem would be finding someone who can will do this…

Has anyone of you thought about this?

Has anyone of you thought about this?

Anything that enhances my senses is welcome, first of all…
But if I get it right, people with metal implants actually feel some discomfort or pain when the weather changes, so that’s not something I would aim for. If there is a way to “sense” barometic pressure without discomfort, it’d be a nice idea, though.

I imagine they usually have a lot of metal in their body if they have any.
But a small screw might not be painful? The same feeling but less intense?

But a small screw might not be painful? The same feeling but less intense?

This should be easy to research - there are people with just one or two small screws or little metal fragments in their bodys. I’m not sure if all of them can sense the weather (so, if it is reliable at all), and what kind of sensation (if not painful) it gives them…

That put aside, I’m not too happy about screwing somethin into my bone and not being sure it does what I want it to

What exactly causes some people to be able to sense barometric pressure and not others? I don’t have any metal in my body beside 2 x series and I can definitely feel the rain coming

It’s not that simple.

I have a knee prosthesis, and I experience pain every once in a while, that I believe is weather-related. But it’s not like I can tell a storm’s coming. I just know when it’s gonna be a good day or not when I wake up in the morning, and it so happens that it’s more often a good day when the weather looks nice.

But it’s not atmospheric pressure or humidity. It’s just… “something in the air”. Or it’s entirely possible that there’s nothing at all in the air and there’s absolutely no correlation, just an apparent relationship.

Secondly, the pain doesn’t come from a piece of metal in your bone: it comes from neuromas on the nerves that were cut, that went to bits of you that aren’t there anymore. Same phenomenon as phantom pains in those who lost a limb, and also a fair number of people with spinal cord injury. And there’s not much you can do about it, aside from learning to deal with it over time in a pain management clinic.

Thirdly, don’t think it’s like a dull, slightly nasty feeling: when it’s a really bad day, I’ll pop pills until I’m blitzed out of my mind, and it’s only just barely dulling the pain. Thankfully, it doesn’t happen very often anymore after 30 years - maybe 2 or 3 days a year, the rest of the time it’s manageable with ibuprofene when it’s a bad day. I consider myself lucky that it’s not any worse, but I wouldn’t wish it on my worst enemy.

Get yourself a barometer instead, trust me on that one.

I have the ability you speak of. I’d love to get rid of it. Trust me, you don’t want.

It doesn’t come from metal. When a bone is injured it forms the bone’s equivalent of scar tissue. It’s harder, denser, and not nearly as flexible as the original bone. Because of that when conditions occur that would normally flex a bone, like pressure changes, the repaired area resists, causing a stress over the area. When small sections of your bones flex at different rates, that hurts.

These bone wounds / scar tissue can be a result of the trauma of inserting a medical screw, but in my case I tripped and fell with my arms out straight, except my elbows were bent up in to put my arms in front of my head. This is the classic “protect my face” posture. I landed elbow first, and broke it. Technically, I had a radial head fracture.

It’s been 7 years and it still hurts. The bigger the pressure change, and / or the faster the change, the more it hurts. I can feel a big storm coming about 6 hours out. People around me can tell it’s coming too, cause I morph into a whiny asshole. You don’t want this.

Yeah pretty much the same here pressure drops and collar bone starts aching, completely broke it when I was 13 (got ran over by a car).

You don’t want the “sense”

Ironically, I was at work at an industrial plant, so this was an “industrial accident”.

If you’re gonna have an industrial accident, break a bone, go through all the crap and rehab to get back to full function, and gain a bonus superpower for your trouble, I’d much rather be able to fly. Or maninpulate gravity, or just about anything else.

You don’t want this.

I wouldn’t wish it on my worst enemy.

You don’t want the “sense”

Out of interest @ODaily do you find that its not necessarily barometric pressure my shoulder starts to ache even if I increase altitude I.e. drive / walk up a relatively large incline.

Since a bad MTB crash i can sense wetter changes but not in a good way…
Strong Headache from changing pressure.

I have metalwork in my spine. It hurts regularly, independent of the weather. I just use one of these. 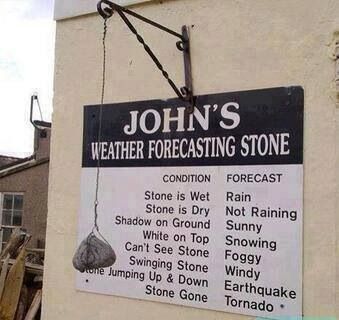 Just weather. Or more accurately barometric pressure. It doesn’t always cloud up and rain when it shifts.

The human body is amazing. And a total pain in the… Elbow.

ODaily already explained why, which was a hell of an eye opener that I never knew, but anyone with dental implants will tell you that a small screw won’t do much of anything. I have almost a dozen dental implants, some of them are pretty big-ass screws, and I don’t even know they’re there no matter what the weather’s doing…

Thought I’d bring this back up because of a unique situation I’m in.

Hurricane Laura’s rains are about 4 hours away and it’s a massive storm. I feel nothing. We actually got some rain from it all day yesterday and nothing felt either. I believe this is because of the storm’s size. It’s so big that the pressure change is spread over a huge area and therefore too subtle for me to feel.

Sometimes you can get a big pressure change without adverse weather. So I feel it, but nothing happens.

This works best as rain detection only with sudden changes that sweep through fast. Devilclarke might have more range than I because of having a more sensitive wound, but I’d bet that his is just as non specific as well.

As a rain detector, it sucks.