I’m looking for a software to assign a specific action when I’m using my implantation on the acr122u. For example: start a program or open the mail box.
Like the NFC tools app for Android.

this one works well: 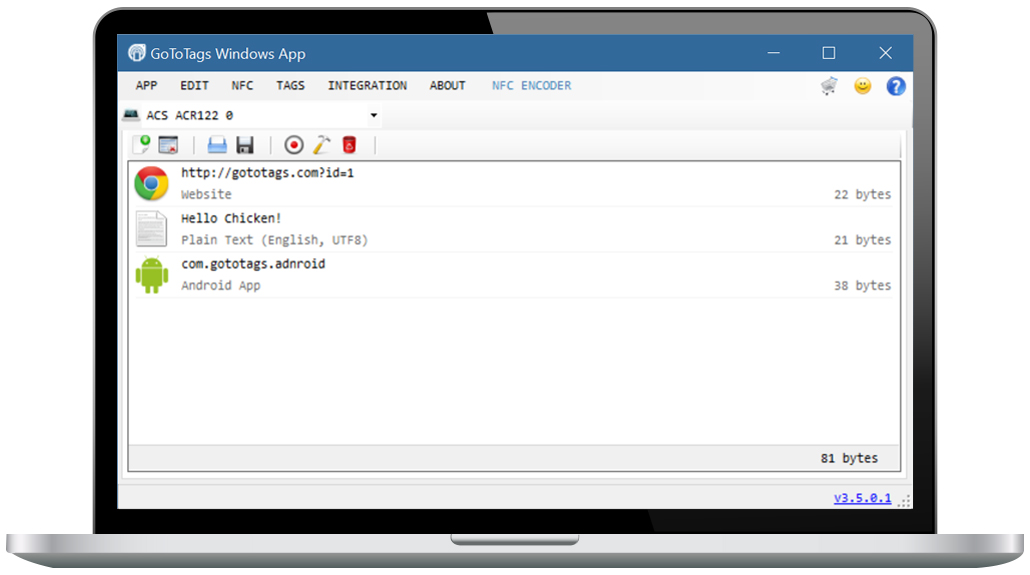 Ah great. I’ve suggested it before for various tag programming tasks but was unaware it could also function as a launcher.

For a time there was also Touch-A-Tag but it never really took root.

I installed GoToTags (and reluctantly installed the required .NET update) only to find out it doesn’t work with password protected tags. (AKA tags that have been protected with DNFC app)

I purchased the ACR122U thinking it would work like the 125kz USB reader I bought, and just spit out tag ID as a HID device. But alas, it does not, understandably so since NFC is more complex… I wonder how to interface with the reader… hmm.

If I scan my S7, GoToTags says the tag type is not supported… weird. Guess you get what you pay for.