What do the nail implants go for without another chip? And you say they really require an incision, right?

Maybe there’s a chance I can get them in using a needle instead of an incision.
I’ll investigate.

Without a chip they are purely an aesthetics thing.

These also do have some glow powder inside it, which can be charged by the spectre of light emitted by the light blue LEDs (which is harmless to the skin, unlike UV), so I want to experiment how well that works under the skin.

There’s also plans of making a n induction coil necklace to flick them on, depending on how well does the Glow powder in them behaves… but I can also just use something like a Flipper Zero for discrete charging.

UV is only harmful in certain wavelengths, and even ones being used for sterilization in newer tech (222nm) is said to not be harmful to humans.

I LOVE the idea of the glow powder, except as I’ve mentioned in the past on various threads, I only really want green ones to accessorize as any proper drone should, and I have no idea how well the green LEDs would really charge that. So I’ll be satisfied with just the LEDs instead.

I’m mostly curious about the cost for them.

LEDs are very particular in how they form the colours and which wavelengths each coloured LED generates. (which might even change based on manufacturer in some cases)

I know @amal did some tests, I’m just failing hard at finding the thread where he posted them. (but sure that @Pilgrimsmaster’s stunning Thread-linking skills will find it in no time!

)
[EDIT]
after I gave up on searching, the forum “suggested” it to me. here you go:

The flexNExT is now in limited release! Dangerous Announcements

ok i just did a test with all the colors i have and dark blue, purple (which I’m out of), and white (surprise!) do charge the glow resin. The thing with white just illustrates how difficult it can be getting stuff from China where there is no guarantee the product will remain consistent from each individual unit to the next… I tested some white NFC nails from vendor A and they did not charge the glow resin at all… but then I just tested another basically identical looking white NFC nail from v…

For what I recon, Green Glow powder provides you with the strongest glow in these scenarios, and blue/light blue LEDs are the strongers “chargers”.
Keep in mind that depending on how you charge them, you’ll probably not even see the actual LED lights (i.e. if you are keeping your phone on top of the blinkies)

I’ll post photos here, but might be quite some months before I can get those in. Thanks covid.

Can someone explain NFC nails to me. Are they just tags that stick to your nails? are they implanted? Do you shivers put them in your actual nail bed?

Speaking of blinky nails, will they be a standard product on their own at some point? I’d probably get a few, glow powder or not.

in polymer encapsulation, with or without glow powder? 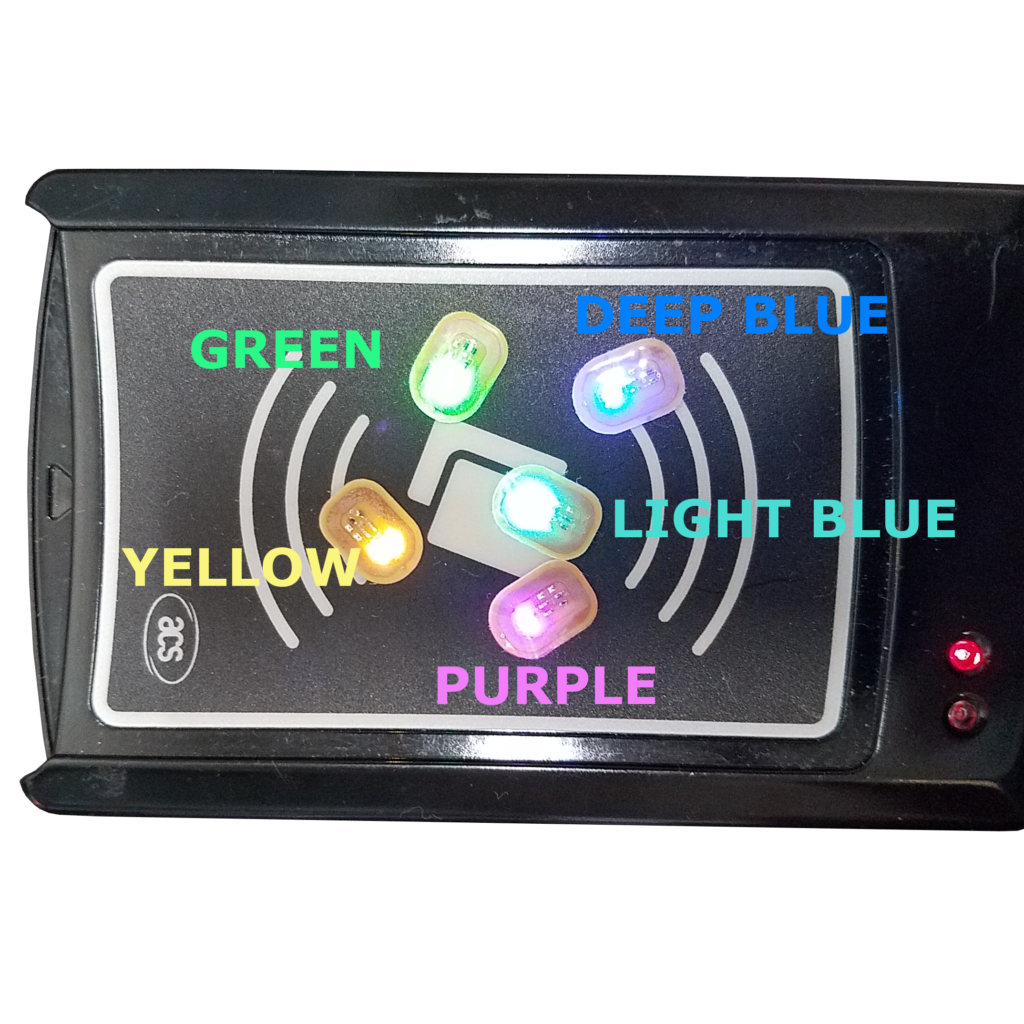 Sounds easy, Amal would be crazy

to deny the masses!!!

As I understand it, yes. I’ve got a white one in my payment conversion.

Can someone explain NFC nails to me. Are they just tags that stick to your nails?

Exactly that.
It’s just like glueing an LED on top of your nail when making nail art. Just like the beads that got famous a couple of years ago.
(they just come as a sticker, and with the antenna and etc)

Although what we are talking in this thread is basically that, but stripped of all the unnecessary and unhealthy bits, then encased in @Amal’s biopolimer. (plus some more worky bits, like adding the glow powder, etc)

[EDIT]
to make sure it gets clear…
No. you don’t implant them under your nail!

having something between the nail and the finger would cause sooooo many issues, you have no clue!
you just implant it somewhere else, under the skin like any other flex chip
[/EDIT]

So the custom pieces arrived today!

First of all I’m impressed with the speed. think it’s less than 48 hours since it has been collected for shipping!

As everyone should do, the first thing I did was to double check everything for the eventuality of in-transit damage.
it reads without any hassle.
it is properly identified.
got a good read range for it as well
and will soon make some read/write and applet tests.

And now for what caused the largest commotion here: The blinkies!

I decided to test them by charging against multiple readers. Light is great on them all. All 5 chips are strong and working nicely!

This decision is to give me a better Idea of what to expect considering they will be under my skin (which should eat away a lot of the glow anyway), and to guess how long would they still be visible after I turn my necklace off.
It’s not a direct test, but gave me a good Idea of what to expect.

Glow decay looks way faster due to my shitty camera and the daylight conditions.
It does retain a faint glow for a long time, though.
now, 4 hours later, the 5 second exposure one still has a faint glow on the dark.

Really curious to see how they show up once under the skin!
(although quarantine might delay that experiment by a lot)

I want one so bad now! Can we see a pic with a coin or something for scale? I don’t really have a good idea on the size.

Can we see a pic with a coin or something for scale?

Fair point.
There you go! a British penny and a micro SD card for comparison:

ps: I can still notice a faint glow there.

interestingly, I find the micro-SD card to be the best for size comparison.

Speaking of blinky nails, will they be a standard product on their own at some point? I’d probably get a few, glow powder or not.

Amal would be crazy

to deny the masses!!!

I knew you weren’t crazy Amal.

Come on down to crazy Amal's flex-o-ramma-ramma! Projects

Exactly, 1" and glowing in the dark - I’m absolutely in love with it

And one of those babies got installed already!

Hello Folks! As of 1 week ago, I did a self/assisted install of a custom Flex chip on my right hand! Would’ve posted earlier but I decided to keep my hand on a splint for a full week (and left-hand typing is a pain). This is going to be long, so I’ll section up the post. Also, before you proceed, here’s a Disclaimer!: Complex and risky installs such as this should rather be done by a professional whenever possible! This article is meant to educate about the risks and possible mitigation…