Just wondering if any technologies exist for implantable trackers ?? Would like to use on insects which are commonly stolen so would need own power source of some sort ??

Who steals insects, and why would you care?

hmm, well, when you’re talking about whole hives then that’s a different story. There are plenty of “GPS tracker” devices on the market you could hide in a hive, but nothing even close to being able to put on a single insect… maybe in 100 years that might exist. maybe.

On topic, there are a few low-tech solutions today. I’d assume what you’re worried about is the queen, which should also have the highest value to a potential buyer.
You can simply mark them, for example with DNA or microdots, of which there are many bio-safe variants for use on pets (or bees).
We had a queen-hive when I was younger, and we marked them with felt-tips to keep track of numbers, worked great ^^
As for trackers; they’d be impractically large to work properly for the bee,or too small to function at all at range…

Sad to hear people steal such a thing.

A “tile” might be an option. It’s easy to hide somewhere in a beehive. 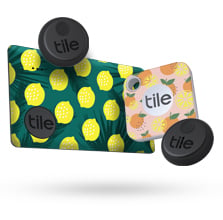 Tile Bluetooth trackers help you find your keys, wallet, phone and everything that matters. Join the world's largest lost and found community and never lose anything again.

Note it’s requires people with the app installed to walk in bluetooth proximity. It doesn’t have GPS but the upside is that the battery last a year or more.

I was involved in a project called Everfind that does the same thing. All these types of Bluetooth low energy “trackers” are not really that great. It relies on RSSI (signal strength) and there is no directionality. In fact, some phone antennas are so strangely designed that your tag might register as “closer” if you turn 90 degrees away from it. Terrible.