Even the Ummm… you know…the others…???

I saw that someone wrote a post about people who think they r michrochiped. I have same problem. Pains, mindreading and all problems other r having. I had already stroke and heart op and I had to go to psychiatry It’s a global problem and someone needs to help us . It might be done with frequencies . I can hear people talking sometime. Use to be all the time and my every move was monitorised. If many people thinks they r michrochiped or explaining same why no one can do something. Police, cia,…

can you push an email out to everyone who has ever registered on the forum?

No thanks. If there’s one thing I appreciate from DT, it’s the lack of spam.

Dumb question… will the Titan page show the progress towards reaching the goal? I know sites like Kickstarter do.

Dumb question… will the Titan page show the progress towards reaching the goal? I know sites like Kickstarter do

will the Titan page show the progress towards reaching the goal?

By no means official, but there is an informal Poll on this forum, that people hopefully treat as an actual moral “promise”
The initial goal was 20, as of me posting that link below, there was 30 currently and Unofficially

I was waiting for Amals reply and approval before posting this but thought I would just post it anyway as it won’t harm anything! So the time has come, and the M31t MAY BECOME a possibility PLEASE ONLY VOTE ON THIS SURVEY IF YOU WOULD ACTUALLY BUY AN M31t The cost would be $500 per Magnet

+ $20 Shipping How many M31t Magnets would you ACTUALLY purchase? poll

Ok so I already have an XG3 in my ring finger, would it be possible to remove it and implant this new magnet in the same place? Also is there any way I could have my xg3 sterilized and reinstalled in a new location?

Ok so I already have an XG3 in my ring finger, would it be possible to remove it and implant this new magnet in the same place? Also is there any way I could have my xg3 sterilized and reinstalled in a new location?

Not likely a good idea… but you could try. The xG3 is not the same shape really… it’s 3mm diameter vs 4.5mm and 13mm long instead of 2.8mm so fitting it is going to require some extra cuts.

You can do a lot with soap and water to clean your xG3, then put it directly into a large volume of 70% isopropyl alcohol or antiseptic solution your pro might have for 48 hours… then it should be “good enough” to be considered “clinically clean” (not sterile).

Amal, I have a request.

Could you get a good picture of the Original M31, the Titan stunt double from video, the xG3, and the poly mag, with something (ruler) to give scale.

Yeah, magnets want to jump at each other, but maybe you could double side tape them down without too much space in between?

The video was awesome, but focus was problematic on tiny things, and I could only see one at a time. Just trying to get a mental grip on scale.

Well, here is one next to Keanu Reeves for Scale, I Hope that helps 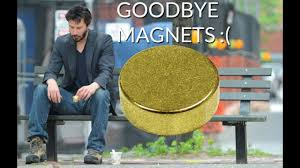 If you are not familiar with the Keanu Scale

, here is a picture, WITHOUT a scale, to make it easier for you! 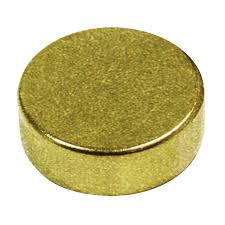 If you are still unsure, Here is a picture so you can see what they used to look like 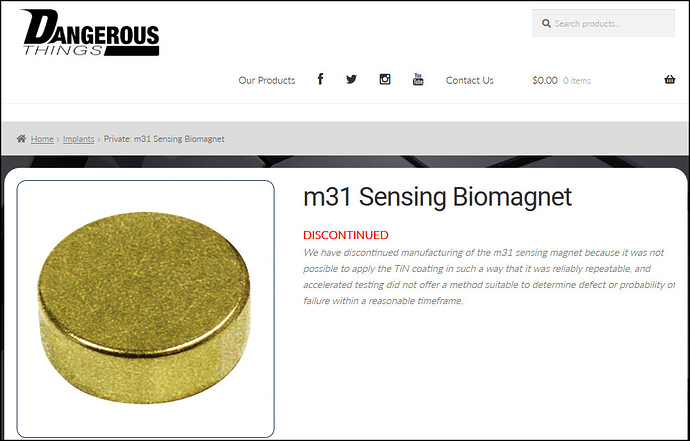 No need to thank me, It was my pleasure

Yeah, I was also surprised how small Keanu is !

Just for that I’m gonna start a rumor that there’s a secret message in the 4:45 blank area at the end of your video!

Good news, I may be able to get one

Think we should all gather round the forum at 12:00 Midnight Pacific time on Sunday night / Monday morning to greet the opening of the crowdfunding campaign?

It’ll be like waiting for the sun to rise on Christmas morning!

Could do a Google meet

I hate converting time, but if I get it right, that’d be around 9 o’clock in the morning where I live - and I’ll be at work, so… don’t view my absence as lack of interest!

Same, but in school

I’ll be at work, and I’d join in but… Google Meet.

I’ll be at work, and I’d join in but… Google Meet.

That’s another thing - don’t have that, have no clue how to use it, and I try to stay away from google at least as far as my need for convenience allows me to…

Is it ready?
Is it done yet?
Can I order now?
Are you there Amal?
I need titan, when is it available?
Hello?
Amal?
I really really need you to reply.
Is it ready NOW???