xDF2, not getting a read

I purchased last week a xDF2.

It was implanted 5 days ago but I can’t get a single read on it. At first I thought it was the swelling, but by now it has receded. Therefor I think it might be a defective implant, because my phone’s nfc works perfectly for other tags and lights up the xled. I tried every possible alignment to no avail, but stayed for minutes with my phone pressing against my hand on those that are good according to the xLED. I also tried all available apps (nfc tools pro, MCT, DT’s apps). I even tried the ACR122 on my PC, no joy.

I can feel the tag, it is somewhat visible when I clench a fist, and I even did an xray to verify it is in place.

Please advise on how to proceed. 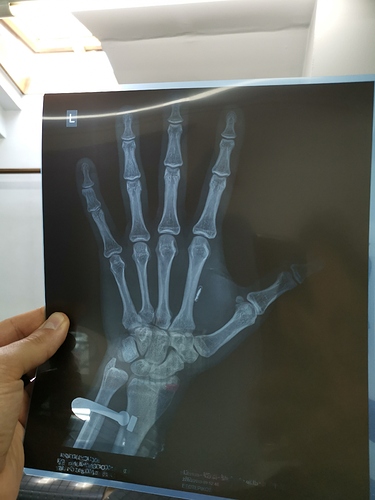 Sounds like you know, but just in case, orientation is critical for a good read.

You have an xLED so you are putting the implant in exactly the same position and orientation as where you get the brightest result with the xLED?

Not sure if that’s just the angle or what, but that looks like it was installed pretty close to the bone.

Yeah that looks way too close to the bone. I agree with orientation - the x series isn’t the best with orientation. I believe the desfire version also requires more power to operate to antenna coupling/power transfer is critical. 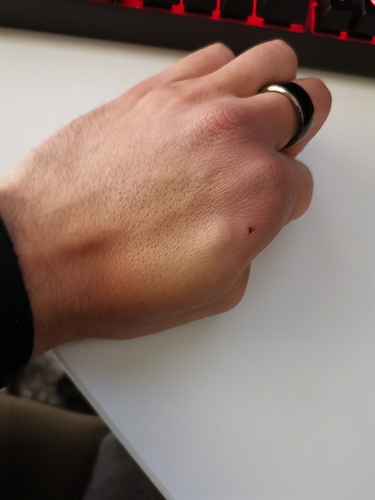 Thank you for your input.

At first, I think it is pretty evident that I found out first what the ideal orientation and placement is, using the xLED, for both my phone and the ACR122.

Secondly, your concern regarding the close proximity to the bone is sound, but that doesn’t interfere with reception. It is not (and never was) below the bone. It has moved since, that x-ray was taken the next day. At this moment, it has moved around 1 cm outwards (towards the thumb).

There is a small possibility the xDF2 did not survive the sterilization process. We test each chip before it goes into the needle but we can’t test it after it goes through sterilization. The heat involved could take a functional but weak solder joint from working to broken, and we’d have no way to test it. This sounds dead to me so please wait for an email with replacement information. We will cross ship you a new one so you can remove and replace during the same visit.

Thank you for the reply.

I appreciate the straight-forward-ness and honesty, of course those things can happen.

Will wait for the email, thank you again.