it seems to me with all of the people we have on this site we should be able to find a better way to do things then mod a board to get things to work for us it just seems unreliable to me.

Yes and No,
I personally think the xAC is a great product, great price and the antenna is excellent for xSeries implants.

The Mod That @Devilclarke is working on ( Toggleator ) is a very elegant and simple add on solution.

Also I believe his longer term plan? is to possibly / maybe come up with an all encompassing design in conjunction with DT and I assume @TomHarkness for antenna design?

Lol no I know the requirements for class 1 i.e. most consumer electronics and you are absolutely right if you take a look at those boards they are crazy.

Also I believe his longer term plan? is to possibly / maybe come up with an all encompassing design in conjunction with DT and I assume @TomHarkness for antenna design?

HAHA i did, anyway that would be what i would like to do yes.

looking at the FCC info this was filed in 1996, its a good chance that the “off the shelf” device (prior to conversion to xAC) is a new old stock potentially obsolete but 1000’s still exist in a warehouse.

EDIT: HRH Vertriebs GmbH the company that makes them no longer appears to exits (no longer registered as a company in Germany)

EDIT 2: company address is now owned by DRUCKEREI ZEIDLER GMBH & CO. KG a printers so even more cause to say the devices are New old stock

Ya I noticed that after I posted and still had no idea what you were taking about. Had to do some searching and figured it out. Lol thanks.

Maybe they are all in the Dangerous Things Warehouse…
So here is the plan, Let’s buy all the xACs so that you can make us the xAC V2… I would make a great businessman, that plan is flawless

hehe, no problems there

No you are right after I thought about it. A custom made product would cost more, why pay the extra price when we have something that already works.

EDIT: HRH Vertriebs GmbH the company that makes them no longer appears to exits (no longer registered as a company in Germany)

EDIT 2: company address is now owned by DRUCKEREI ZEIDLER GMBH & CO. KG a printers so even more cause to say the devices are New old stock 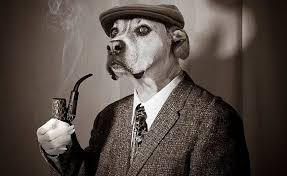 Actually, as you are a fine english gentleman,
THIS is more apt 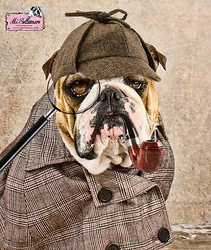 when we have something that already works

Thats the point, it “works” hence the mods and using what we have. There are 2 issues though;

To elaborate on point 2, the xEM is a T5557 chip that can replicate many different ID standards. The problem is if I have my xEM setup to unlock a door at work (HID) then I can’t use it for the xAC.

The ultimate goal is to have a universal LF rfid access controller that is tuned to work with implants.

Actually, as you are a fine english gentleman,
THIS is more apt

The ultimate goal is to have a universal rfid access controller that is tuned to work with implants.

I think you mean “unobtainable” not “ultimate”

Why would it be unobtainable? I see no reason if we design it.

125kHz modulated carrier should be easy to decode?

Well you did not state LF RFID

not even the PM3 is a universal RFID reader.

It might be possible to make a reader that works with at least most of the things a t5577 can emulate.

Personally I would prefer a HF and LF reader that works with the more common standards.

Well you did not state LF RFID

My apologies i did not (fixed now).

what i am envisioning is essentially a cut down proxmark3 v2 no emulation or anything the whole analog front end design is basically there so should’t be massively hard.

something I’ve learnt is, you never say things like that “out loud”

always use a qualifier hence the massively

Fair
But
since I already grabbed the gif

I think the various modulation encodings and formats would still be an issue. The PM3 you issue a command telling it what you want to do.

I am not an expert in the electronics under the hood but only way I can naively see it working is if you basically run lf search repeatedly which would make it less responsive.

Unless it is universally configurable… that might work. So it wont work with any LF tag all the time but could be configured with a dip switch array or something in very vaigly same way the t5577 can emulate many cards but not at once…

I used to work for a large military supplier as a QA engineer. One of our products was an intervalometer for aircraft-borne rocket launchers.

The PCB for that thing was chock-full of shorts, connection bridges, extra resistors and caps tacked on as if they were aftertoughts - and the whole affair was then potted to avoid failure due to vibrations.

When I enquired about that sorry mess, and asked why we didn’t redesign the board entirely (which was my job after all), the reply was: as long as we modify the original board from the 60s, it’s a modification. If we redesign the board, it’s a new product and it’ll have to be certified by the FAA and the EASA as such - by modern certification standards. The 1960s board was never certified because it was a military product, and it was exempt back then, so we could do anything we wanted.

Yikes… The damn thing was more tacked-on modifications than original product. And I know for a fact that it’s still flying…

I saw some boards like that at my last job. I know they went into the rockets though not into the launchers. Anyway we had a specific path that a bunch of jumper wires had to follow and extra caps on the board then we had to tack down all the stuff so it didn’t move lol.