I recently purchased the xNT tag in hopes of using it to open my office RFID system. The system has a 13.56 mHZ access control reader keypad, and I also have a 13.56 mHZ USB reader and neither read the tag. 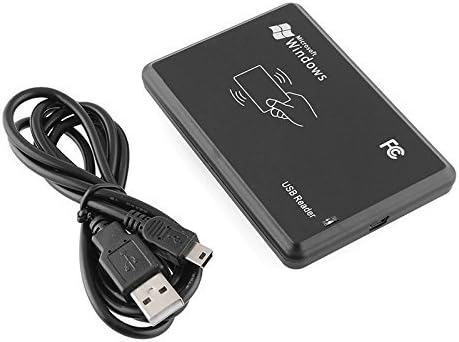 This is what I have, and neither are reading the tag, any recommendations? My phone is able to read the tag just fine though.

I almost bought some, but fortunately, I was in a store that used then and they let me try them out… No luck reading.

These are similar to ones I’m talking about: 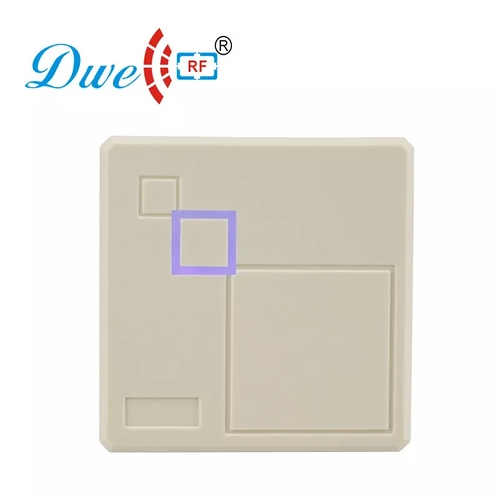 Is the one you linked what will work? That’s very upsetting, considering I mainly wanted the tag to open my office doors

No, it is similar (looks the same, minus the keypad) to ones that didn’t work.

I don’t have a ton of experience with HF cheap Chinese readers. Just happened to be at a building that had some look like these. I veririfed with a diagnostics card that it was emitting the right frequency, they just wouldn’t read the cylindrical tags.

Have you tried using an xLED to test the right orientation and placement? Maybe you just need to try a different spot?

Although, honestly, I haven’t had much luck in either LF or HF with the cheapest of the cheap Chinese readers.

What is an xLED? As far as placement goes I do believe it is good because my smartphone reads is just fine. If it’s not goo much of a hassle could you link some readers that work?

xLED are cylyndrical tags like the xNT or xEM, except they have an LED in them instead of an nfc/rfid chip, they show where on a reader, and in which orientation a tag must be in, to be read. They show this by glowing different strengths. A weak glow is a weak signal. A strong glow is a good signal. You might want to get some to verify where and how to hold your hand/implant, as it makes a big difference.

If it’s not goo much of a hassle could you link some readers that work?

Well, from my personal experience, The Samsung SHS-3321 works great, but it is a standalone lock and controller.

The items listed here are known to work as well.

If you’re looking for just access control readers, I don’t have much personal experience with the HF – just what I’ve said before. However, if you have an xEM LF implant, there are a few inexpensive (not the cheapested, but mid-range) that I’ve personally used, that work great. Like just wave my hand in front, without touching, and for less than 1 second, great.

This one works fantastically for 125khz – although, don’t let the description trick you, it’s not nearly waterproof. For indoor use only. There are waterproof versions on aliexpress.com though. Many of these readers come in an option HF version, and option levels of actual water proofing, so be sure to read the fine print and look carefully at the pictures on aliexpress.com … if you want waterproof, make sure they show pictures of the circuit board being fully covered in epoxy (some do show this)…

Okay, I appreciate the help! I am still curious as to why the 13 mHZ does not read as it should from a fairly far distance. I did order a 125kHZ chip for my left hand, it just would have been cool to have the 13.5 mHZ one work. I suppose if it does not work, or if no one else can help me I will just use the 125kHZ one for work and return my readers and what not. WAIT, I JUST TRIED TO USE THE READER FROM THE BOTTOM AND IT READ?! As far as the one that’s attached to my door at the office I will have to test but my reader just read the chip from the bottom…

I purchased a couple of the readers that look like the one linked called Yarongtech. I bought a 125khz and a 13mhz. Neither one would read glass tags. Even though it looks identical to the one sold by DT, they are different. Save yourself money and just buy from DT.

I tried to read it from the bottom of the reader, and it read. Try that maybe it’ll work. Also, I still have not tested it at my office I will keep this forum updated if it works there.