I want to grab a xSIID but I was just wondering how the different colors look under the skin? Is there a significant color shift? My skin is a slightly tanned “white” so mainly interested in that, but it would be interesting to see?

I did have a look around but so far I only found images of the red and white xLEDs and the green xSIID on the on the store. 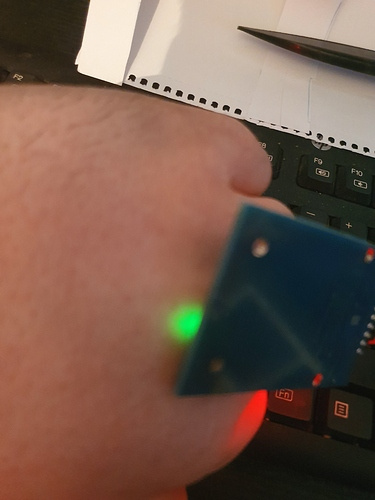 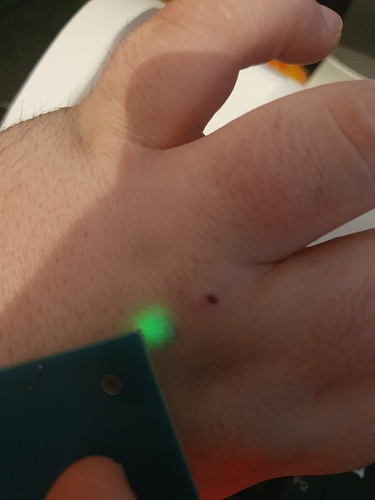 Awesome thanks, looks like the shift is minimal. Only one I have not seen is yellow now, but I am not relay after yellow anyway

I bet yellow will probably be the most “shifted” as it will contain a larger percentage of white. Also not I’m a BIG guys so lots of fat in the way but still really bright.

How are you finding that location? I am considering the same spot.

I was mainly split between blue and green, this did not help, I love them both…
.
.
.
Lucky I have 2 hands

If I’m honest it works, not ideal for phones (bit of a bummer as that was my first use though) great for access, kinda like a hulk fist bump (more like a pimp slap) to the reader I turn green and get in

Lol that sounds cool, a bit more gentle than the hulk I hope. I am probably going to be using it with a desk reader plugged into my PC, although they look awesome so I will be using my phone to light them up all the time knowing me.

Haha I know what you mean. Been playing with the acr2 something (the white usb reader) in work and it scans every time without fail

Tbh after the mental hulk fist bump image, I think I am going to have to build a reader into a toy or 3D printed hulk fist.

I confirm this: my yellow blinkies look properly red.

Yes until you have a chance to heal properly, then they will go yellow

I don’t know how to say this more clearly: my skin is slap flat against the implant. The outline of the implant is clearly visible with the naked eye. There is no fluid and no bleeding. Yes, I know, it’s really surprising considering the relative roughness of the procedure and how little time it has been since I had it done, but that’s how it is: save for the stitches, it looks and feels like it’s been in there for months.

So unless it’s magic blood that works at a distance that turns the blinkies red, I don’t know what does.

Still, who cares: if it changes color, I’ll have had two colors for the price of one

Well you do have a bunch of me in you, soo… Haha I say 2 weeks or so you’ll notice them shift back toward yellow.

Indeed. You’re one of the few people in this world who can literally say they got under my skin - aside from a few surgeons, and my cat when he decides he has enough petting and deploys the claws

Well we’ll see about the color. Maybe it’ll show up in my timelapse, if I manage to keep the color balance roughly identical from one photo to the next - which I’m failing to do atm. 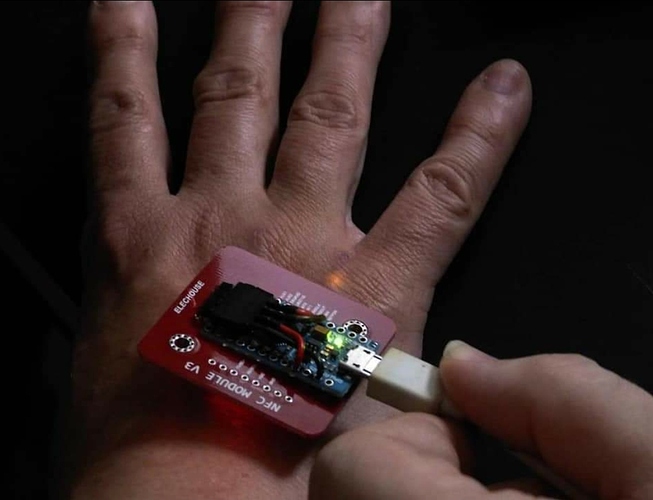 Okay. Then I guess that’s proof that my arm is more messed up than it looks. Either that or you’ve been sucked dry by a vampire

The outline of the implant is clearly visible with the naked eye.

Yeees, I’m in that state for one or two weeks already, and one of my LED is still red instead of blue. That’s perfectly normal, I guess - the body might look fine quite some time before it actually is.

Day 5 and my green still isn’t showing any light…
I saw a faint blink after implantation, and I know it might take a minute, but man… watching paint dry

Take a break, Try watching some grass grow, Below is a .gif, just keep watching