Hello, I have been interested in biomagnetic finger implants for quite a while now, as I have seen a wide range of applications I would be interested in making use of. While yes, Dangerous Things have come out with a very good magnet as of recent. I am interested in the development of sensing-only bio magnets of low power.

I have lurked around on some of the forum threads here, and think I have an idea of how a safe, light-weight, and functional biomagnet could be produced. I wanted to see if this community could shed some light on why it would or would not be possible.

As of recent I have seen talks of using multiple, smaller magnets coated in bio-safe material, and placed in a pattern inside bio-safe silicone. And it got me thinking about how one might implement the magnets themselves differently.

My idea is simple. Magnetic particles of a yet undetermined size, potentially mixed with very fine iron filings, placed in a thin film of bio-safe silicone. The idea is that you can use very high-powered neodymium, but maximize the comfort and ability of the sensations by a sort of “matrix” pattern that would shift in response to magnetic fields. I don’t think something like this would be all too difficult to produce, the only issue I could see would be in its installation being as flexible as it would be.

Any opinions on something like this would be appreciated. And while it would not be a solution for everyone interested in magnetic implants, it has potential for those of us only interested in the “sensing” part, and not picking up items.

Pretty amateur on the magnet stuff technicals myself,

But a reminder, neodymium is incredibly toxic in the body, which is why a “thin film of bio safe silicone” has been avoided for more robust coatings like glass or titanium shell

As far as I am aware on the technical side of coatings. I believe it might actually be cheaper and easier to coat the neodymium particles in thin films of safe material as an extra layer of protection beyond the silicone. As a back-up if the silicone tears for whatever reason.

Other thing to consider,

1 chunk of neodymium is bad enough due to its toxicity

But in the event of a seal breach, it takes a while for your body to start absorbing all the nastiness

Change that to a bunch of small particles and you dramatically alter surface area for toxins to leach,

Could lead to far more severe and rapid reactions and consequences

Would it have to be a neodymium magnet if you were only interested in (really) low power sensing?

I’m thinking a mesh of iron filings in silicon that were then magnetized via induction.

The problem I see here if the assumption as to how the magnetic material will behave. Try to do this with like rubber cement or something simple you can test before putting in the body. I don’t think it will behave in the way you think it will.

This does make me wonder about the challenges in potentially coating a 0.5mm thick magnet in your special biopolymer.

It is possible sure, but the problem is the strength of such a magnet. It would be… unimpressive. The field strength would be so weak it would likely not impart much in the way of movement except with the most powerful magnetic fields encountered.

Let me put it this way… if anyone wanted to send me some 0.5 mm thick neodymium magnets, I certainly try putting some in polymer as an experiment. 3 mm diameter seems like a good target. Anything larger than that might risk cracking clean in half or shattering with any kind of external force / trauma.

I agree, the idea of “low power” was in the original post. We could make it extremely low power, and just shove a really fine needle into our finger and allow the magnetic field to attract the regular steel needle.

Haemoglobin is weakly paramagnetic when not carrying Oxygen. So perhaps we can sense magnetic fields with our blood just after we have passed out from oxygen deprivation?

I would be willing to send you a pack of 0.5mm x 3mm magnets to test with. I found these: 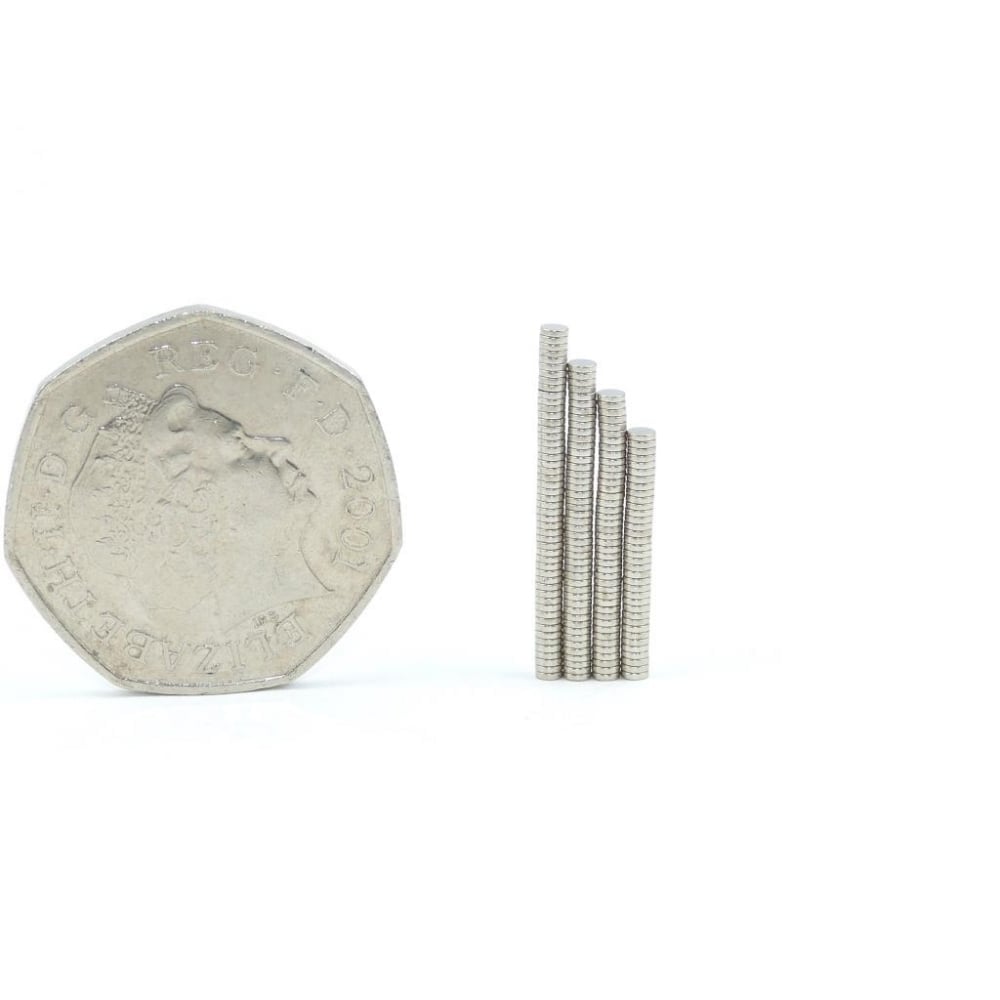 I’m down for sending you a variety pack of various size magnets.

Just DM me a P.O. box or something to have them sent to.

But what about the concept of a flat rectangular magnet, more or less the size of the new flex pcb antenna, encapsulated the same

Could be installed with a flex needle, and I’m guessing in theory, larger surface area might allow a bit more attractive force without immediate flesh damage/pain

But what about the concept of a flat rectangular magnet, more or less the size of the new flex pcb antenna, encapsulated the same

It would probably crack like crazy… neodymium is very brittle.

I would be willing to send you a pack of 0.5mm x 3mm magnets to test with. I found these:

Deal. I’ll send you a DM

What about a 2mm thick magnet and 1mm thick piece of steel below it for rigidity?

Alternatively, could be a grid of disc magnets
But I don’t know if the goop would prevent them from trying to flip to connect to each other

In theory a grid could retain some flexibility

I would like to add some of my thoughts here, and I would be glad to be corrected if any are incorrect. My “qualifications” in this topic, I have a xG3 in my finger, and I think I partially understand magnets.

To start off, “sensing” is a sense or feeling that is experienced when a magnet moves against nerves inside the body.

My guess is the magnet could be considered similar to an antenna. A larger magnet has a larger or stronger magnetic field and is more able to be affected by an outside magnetic force.

The drawback is a larger magnet has more mass and is less likely to be moved by an equivalent magnetic force.

On the smaller end a smaller magnet may be easier to physically move or vibrate with less mass and an equivalent magnetic force, however its magnetic field is less likely to “receive” these outside magnetic forces.

Again this is what I think I understand. I’d be glad for any correction or clarification.

Edit: Additionally I would imagine a rigid or solid implant would be preferred to impart all “movement” into the surrounding nerves. I imagine smaller pieces in a “gel” so to speak would have a lot of “give” and would give less “sharp” feedback.

Just to be clear, my questions and thoughts were specifically for lifting not sensing

Not exactly what this is about, but I’d still love to have an implantable compass of some sort…
I just tried to research a bit about the magnetic sense of various animals (and I’m pretty surprised how many animals have one!), but it’s still not really clear how that works.
It would be an interesting field to try to copy that, biomimicry-wise… but I guess that’s really out of reach currently.

There is the Northstar implant, but it is large, ugly and clunky. (In my opinion)

I know, I was close to getting one installed…
But to be honest, I was really afraid of it more or less exploding in my chest (I originally planned on integrating it into my scarification), and Grindhouse actually never answered my artist as he contacted them