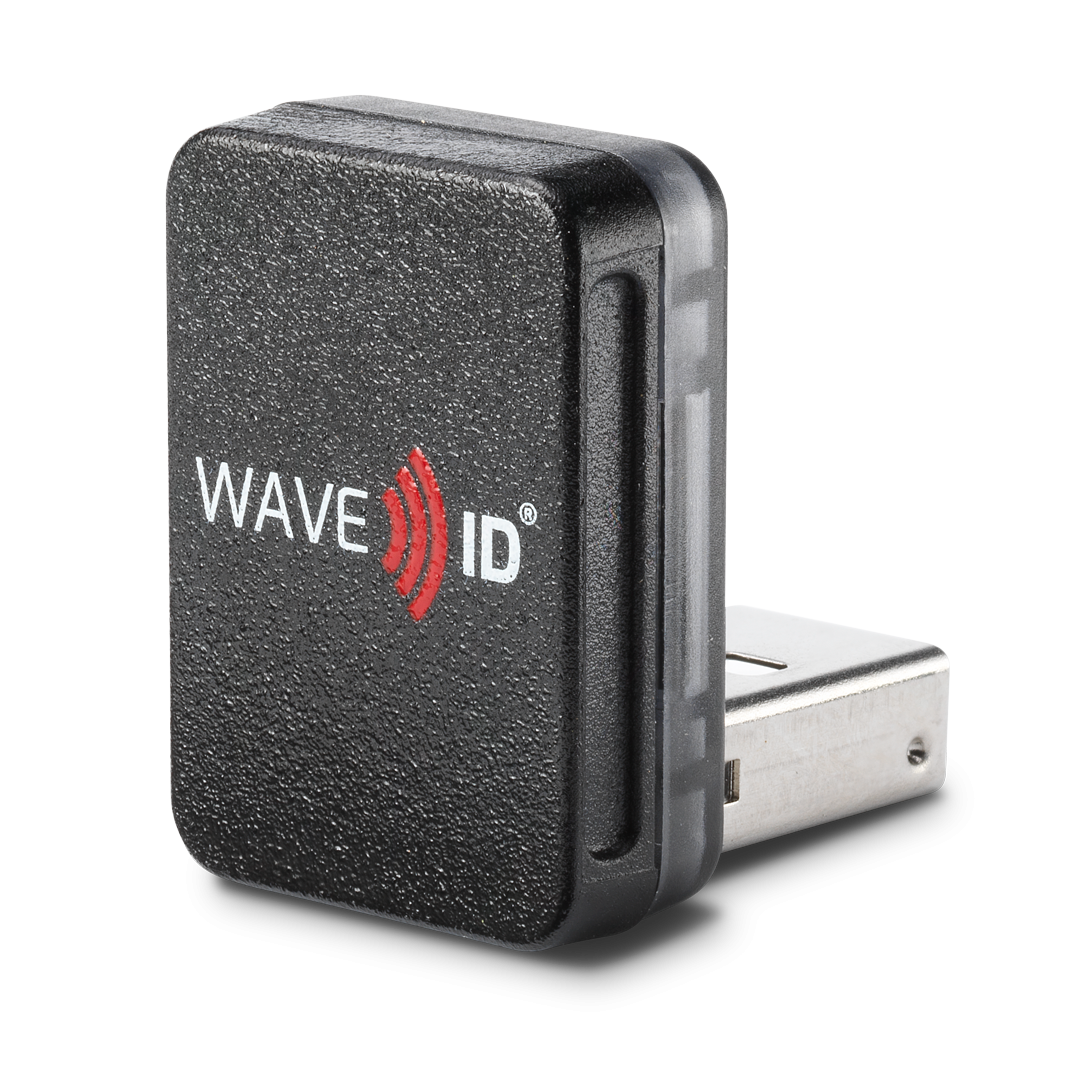 Unless I’m missing something, (always possible)

It looks to be a dongle sized KBR1 reader essentially, just a lot more money

Has anyone messed with this?
@anon3825968 you’ve played with a lot of weird readers

I would love this for laptops to be able to just leave it plugged in, no wires or clutter or bulk, only slightly worse than just being built into the laptop

@Rosco you’ve played with a lot of weird readers

I didn’t bother with that one for 3 reasons:

Do you have any alternate recommendations for something this size?

I know the coil will be smaller, but isn’t there a chance that it will couple decently with a similar sized coil? I thought bigger wasn’t always better

Presenting an implant to that thing when it’s plugged into my laptop on the side edge promises to be mighty inconvenient, if not impossible.

I think it would be great, left hand implants, left hand USB ports
(Obviously if you have a mismatch that’s issues)
Either PO or either of the soon to be bottom wrist implants

Cost sucks, but it can be moved between computers so that’s good

Do you have any alternate recommendations for something this size?

I know the coil will be smaller, but isn’t there a chance that it will couple decently with a similar sized coil? I thought bigger wasn’t always better

I don’t have another recommendation. I’m not actively looking for such a small device because I already know it won’t work well.

You’re correct, bigger isn’t always better: there is an optimal coil size for RFID antennae at a given power level. Practically, there are two factors:

In the case of the teensy weensy reader, it’s a USB reader with USB port-like power, with a fingernail-sized antenna. So already you know it’s designed to read full-size RFID tags at no more than a fingernail’s distance, give or take. Probably the designer reckoned the reduced range is an acceptable compromise for the benefit of such a pocketable device. I’m willing to bet it won’t fare well if you ask it to cope with the additional compromise of an undersize tag antenna.

Of course they may have come up with a great antenna design that somehow couples particularly well with implant coils - and if it does, it’s probably a fluke too, like the ACR122U. But chances are, it won’t.

At 30 euros, I might order one on the odd chance that it would, but at 134 euros, not on your life. It’s not that I can’t afford it, it’s just that the odds of wasting the money are so high that it falls squarely in the stupid purchases category. At least for me. If you’re willing to order one and report on the performances though, I’d be delighted

So already you know it’s designed to read full-size RFID tags at no more than a fingernail’s distance, give or take.

The vertical orientation looks like a bigger housing, so hopefully a bigger coil

I haven’t looked at it, but it sounds like they have one hardware and a million firmware configurations. They may have firmware updates to turn a keyboard wedge into a PC/SC reader and vice-versa. My Elatec reader is like that: the company offers a million really confusing versions, but they really only sell a couple of boards with a lot of slightly different firmwares. With any luck RFIdeas does the same thing.

I’ll go and have a quick look…

EDIT: it looks like you want the WAVE ID Plus, WAVE ID Solo and Wiegand Converter utility:

EDIT: it looks like you want the WAVE ID Plus, WAVE ID Solo and Wiegand Converter utility:

Those are pretty much the kbr1 in size

I was looking at the nano line

Found a little info but it’s still not 100% clear

Those are pretty much the kbr1 in size

I assumed it applied to the Nano also, because there’s a picture of it on page one of the PDF. I kind of assumed their entire product lineup is a variation of the same design. Maybe I’m wrong. That manufacturer is quite confusing.

Ok I found the Rosetta Stone…

I’m not the most Savy with this stuff, so I assumed it was me… nope, they are expecting the customer to decode their product code to know what stuff is, but then hide the chart

how to find the right model

Well, I decided 45$ is worth the gamble, better than whatever 175 euros translates to

Near as I can make out the 7012 outputs raw data instead of being a keystroker
I’ll try to fiddle around with it, worst case I’ll mail it to you or @darthdomo maybe, you guys are way smarter with firmware than me

Well it came in,

It looks like it puts out plenty of power, but I can’t make heads or tails of their software to make it output… possibly not compatible? But I think it was

@darthdomo can I pull you away from your pinephone to see if you can make sense of it?

Are you sure it’s reading? It looks to me like it’s got enough power to light up the blinkie but not quite enough oomph to get a read. The giveaway is that it blinks slowly. Most of my readers do that when they’re probing, but the blinkies turn solid on only when the reader latches onto the transponder and gets a proper read.

If you have a detector card, you could try to bring it close to the reader alongside a full-size NFC card and see if it does that.

No, even with a full size card, it only does the fast blinks

There is a whole range of settings in the software, and I admit I’m a caveman and can only make sense of half of them, who ever wrote their product manuals needs a kick in the dick

Edit, I think I see the problem
Looks like this model is only good for iclass… balls
I don’t know enough about iclass, but I’m guessing this will be an issue

Bright side it’s still cheaper at 96$, might snag that one if I can’t somehow force compatibility with this one,

I’m encouraged by the power it’s giving to the led, it’s brighter than my iPhone when it reads

So I just spoke with rfideas,

Looks like the rdr7511aku is what I should have gotten,

Looks like Newegg has it and has a 30 day return,
So I’ll give that a shot

OPEN offer, if anyone uses iclass I will give you the nano I currently have, just take care of shipping

Besides accusing me of installing a pet chip

Honestly I’d have given em a piece of my mind. That’s no way to treat a customer, whatever their opinion might be.

That’s no way to treat a customer, whatever their opinion might be.

I wouldn’t say it was offensive in how it went down, mostly just ignorance… old lady

Eq: blablabla
Rf: so what kind of tags will you be using
Eq: it’s something you guys likely won’t have much dealing with, and you won’t be able to tell me if the read range will work well or not with your reader, I’ll just have to try and and find out
Rf:but what kind of tag, I’m sure we’ve seen it or have some experience
Eq:sigh
Eq: I’m using subdermal implants, they have much smaller coils and so bla bla bla concerns
Rf: is it a pet chip?
Eq: no, it’s a similar concept but it’s different
Rf: but you’re saying it’s subdermal… so that means it’s under your skin?
Eq: yes
Rf: then it’s a pet chip… you injected yourself with a pet chip?
Eq:sigh… no
Eq: changes back to return policy discussion

Rf: then it’s a pet chip… you injected yourself with a pet chip in yourself?
Eq:sigh… no

You missed a golden opportunity to bark back

Thanks, it’s very kind of you. But I have no use for no iClass stuff. By all means send it to someone who’ll have a use for it. It’ll be wasted on me.

Yea, it’s a shot in the dark that anyone will want it
I figured worse case someone might be interested in dissecting it
Iclass doesn’t seem to be common at all around here, at least real 13.56 iclass, not 125 pretending to be iclass

Oh well, nothing ventured nothing gained