Anyone tried apps like TagInfo through an Android smart watch?

Is using the watch as a reader for the phone even a thing? Or would you need an app on the watch itself? I assume the latter but just seeing if anyone has played around with it.

The world runs on you.

I only have Samsung, that is currently dead under the bed someplace as I hate wearing a watch.

Maybe that is what I need is an implanted watch face, that I hold a “pocket watch(battery, what spits the time and date to in my skin)” to, that lights up under my skin when held close. I am a basic man, I just want.

I know the answer… Ya’ Weirdos

I usually use 20200902 to please both crowds. The months still comes before the day, like in the US, but it’s still in a logical order of magnitude like everywhere else. I learned it from the Chinese board fab houses.

To be honest, that was a typo. I generally say day, month, year. Gonna leave it.

I write my dates out. 2.September.2020 usually in that format.

I feel we shluld switch to metric.

but it’s still in a logical order of magnitude like everywhere else.

using the watch as a reader

would you need an app on the watch itself?

I’m sure if I saw it more often it’d feel less foreign.

This (with slashes) is the only logical way to represent a date.

To me it’s harder to read at a glance than the way I expect to see it, but no harder than the US format.

Get used to it.
Have you ever saved a lot of files with dates as filenames?
Have you then ever tried looking through the files without using some GUI sorting?
This sorts itself. It’s the closest to real counting. It’s understood everywhere.

Oh and no I dont have a smartwatch, can’t help, only derail.

Nah, I get it. That sounds like a you problem. I literally don’t give even the whisp of a thought of a shit about which format we use for so many things, as long as we all use the same thing. Apparently that’s asking for alot. If we ever want to have that glorious single system of measurements future, we’re gonna have to start making some compromises.

I’m sure if I saw it more often it’d feel less foreign.

You might want to have a word with your fellow countrymen.
Pretty sure OZ uses both, along with a lot of other countries.
I am also sure I have seen, somewhere that EVERYBODY in the world use either
d m y
y m d
or
both (d m y or y m d) incl OZ

Sorry, @turbo I tried to put this back on the rails… take 2

I have a Samsung Frontier, but I’m looking at the Galaxy Watch3 (since they have kept the same form factor, with buttons and bezel and also waterproof (the only reason I am upgrading ).
I would have been happy also if they moved away from Tizen.
It still has NFC functionality.

What watch do you have? or looking at getting?

I usually use Epoch time, to annoy everybody.

Have you ever saved a lot of files with dates as filenames?
Have you then ever tried looking through the files without using some GUI sorting?

Yep, all the time, often hundreds of files within a 4 day period. The difference being that they are all only useful for short-term not for archival use. So if i go YYYYMMDD, the first 6 characters are useless to me and all the same, makes them harder to read. DDMMYYYY works better for my purposes there since I can tell in the first 2 digits if its for yesterday, the day before, tomorrow, or Wednesday.

Not saying you’re wrong, just depends on the timescale of the files.

I’ll happily deal with it if you do use the other format, its not wrong, just for me its not any easier.

Pretty sure OZ uses both, along with a lot of other countries.

It comes up occasionally. every form I fill out expects DD/MM/YY(YY). Every official email or letter I get has DD/MM/YY(YY). It’s certainly the standard here, but yeah, other formats exist for particular purposes.

This isn’t the hill I want to die on - what you consenting adults choose to use to represent 1/365.25th of a rotation around the sun is none of my business.

I don’t have one, but I preordered the Microsoft Surface Duo…no NFC. So I’m wondering how well a smart watch works for the purpose of NFC.

My other issue is that I haven’t worn a watch in many many years. Before smartphones I did and I hated large watches so not sure I’d like the smartwarches that are out… I used to wear the thinnest Skagen I could find. In between then and now, I ended up installing my Spark two inches above my wrist not thinking I’d ever might want to wear a watch.

So just trying to see if the watch would even work before I go looking for one and seeing if there are other issues. It would feel so weird to wear a watch on my other arm.

A watch would work as long as it has NFC and watches that do payments has this ie the galaxy watch. I just don’t know how well it would work since the app might need to be open or set to work in the background and it’d have the obvious issue of draining a lot of battery life so you’d have to get a watch with a large battery which means bigger. think galaxy watch 1 vs 3, the older one has up to 3 day battery life while the newer one has 1 but it’s a fair amount thinner.

I never actually use the NFC on my watch, but now that you have mentioned it, I might start looking where I can implement a use for it.

I get why a lot of people nowadays choose not to wear a watch, but I really enjoy mine.

Until Smartwatches became a thing I always wore Dive Watches, now I tend to only wear my dive watch when I dive.
My reasons for wearing a smart watch are the obvious ones and basically it suits my lifestyle and I enjoy the convenience it brings.

I do miss other people wearing them because it was always a pretty reliable indication of handedness.

I NFC scanned my watch for you, If you werent aware of the NFC specs. 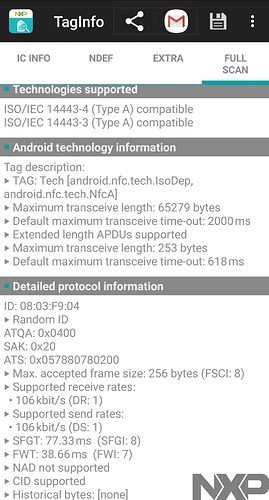 I don’t need it to be on all the time. I don’t mind running an app when I want to scan something. But I’m trying to understand how an app like TagInfo would work when the hardware is not “local” on the hardware.

Yeah I think I misunderstood what you wanted. Apps on a smart watch are generally separate from apps on the phone (Samsung pay is a good example in that you it’s 2 separate apps to use it on your watch compared to your phone) however I have seen watch apps that need your phone to interact with the watch like facer so I think it should be possible to make an app that scans from your watch and sends the info to your phone if that’s what you want but I never really looked into app dev for watches so don’t quote me.

Cruising reddit, it would seem that, at least for Wear OS, google has not enabled anything but Host Card Emulation in the API. 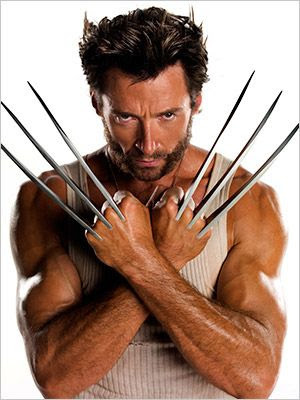