Bone conduction hearing implants for the rest of us

I’ve been reading up on bone conduction hearing aids - particularly those systems that don’t require a percutaneous abutment, like the Cochlear Attract (simple magnet implant) or the Bonebridge. It seems to me convincing a doctor to implant a person gifted with the gift of hearing with one of those would be just within the realm of the possible:

Given that doctors always weigh in risks and benefits before doing anything - one of the biggest risks being electing to perform an unnecessary procedure to a person with perfect hearing and losing their license - past the implant procedure itself and the healing, the impact to the implantee is essentially null.

Therefore, even if a clinician were to be asked why he chose to help a grinder later on, they could convincingly argue that no long-term risk was incurred, and the initial risk of the procedure was minimal - or that it was a better option than letting the overenthusiastic “patient” approach a body artist and have them screw something into their skull in less-than-ideal conditions instead.

So perhaps “all it would take” is convincing a sympathetic doctor that they can help you without ruining their career with the right arguments.

But maybe I’m underestimating how cold doctors’ feet are with those sorts of requests. Anybody here who’s a doctor, or knows a relative who is, who could give their opinion?

In my experience it’s really gonna depend on the individual doctor and your relationship to him. I know for a fact my father is more willing to do this sort of thing than my mother is, and he has a more flexible take on the Hippocratic oath. He’s specifically offered to do any of my mods in the future because he knows I’ll do them anyway and he feels he can do a better job than my piercer. I disagree on the needle bits and agree on the scalpel stuff. I’m sure if I came to him determined to do this, he would end up doing it so I don’t end up in some alley. I know my mother would never. I know neither of them would do it for someone that wasn’t extremely close friends or family,

I think getting the Cochlear systems would be difficult. It’s definitely within the realms of possibility for us to design our own system for a more permanent audio jack style thing. I’ve considered designing it in past.

But, I know a few doctors who consider what we do, no different than breast implants - which have caused some pretty severe side-effects in some cases, but are for an individuals “own view of self”.

consider what we do, no different than breast implants - which have caused some pretty severe side-effects

That’s actually something my mom brought up the other day. She brought up the argument that people thought Brest implants were safe for YEARS before they, ya know, kinda aren’t.

I’ve tried quoting the many years that Amal has had his and numbers of people that have implants but unfortunately mom has anxiety and is not easy to convince.

my father is more willing to do this sort of thing than my mother is, and he has a more flexible take on the Hippocratic oath.

You seem very well setup to do interesting biohacking experiments

I think getting the Cochlear systems would be difficult.

Getting the hardware shouldn’t be too hard. I mean Cochlear is a private company. They’ll probably sell you anything you want if you ask them.

Getting the implanted bit put in is the real hurdle. A cochlear Cochlear implant would be impossible (too risky, too many side effects for no problem-solving benefits, almost certain degradation of your natural hearing faculties) but a bone conduction Cochlear implant might be.

It’s definitely within the realms of possibility for us to design our own system for a more permanent audio jack style thing. I’ve considered designing it in past.

What did you have in mind if I may ask?

To my knowledge, if you want to transmit sound to the auditory system with an artificial device, the only options are direct nerve excitation (way out of reach for us and not desirable), bone conduction (doable, most likely chance of making it a reality for a hobbyist being through the teeth - see these guys) or magnet implants floating in soft bits - tragus and such (totally within our reach, but kind of ghetto performances).

If you have another idea, I’d be curious.

16 posts were split to a new topic: Body Augmentation Discussion

You seem very well setup to do interesting biohacking experiments

Yeah, the only problem is the Atlantic Ocean, but next time I’m in South America I’ll tap into my family’s fun bag of tricks… they can cut and stitch and own all sorts of X-ray equipment so… fun times

What did you have in mind if I may ask?

It was never intended for implantation, but I explored the possibility of DIY hearing aids - the work I did, however, didn’t get far. Latency sucks when you’re amplifying local sounds, but this isn’t really the idea (well, it can be, but we’re talking more having the magnet end of a bone conductor inside).

I know the soft tragus is around, but needs this massive loop thing under your shirt.

I’ve got a bone conduction kit thing here, i wonder if we could separate the magnet bit out.

An update on my bone conduction set: it’s a Cynaps (one coil is busted unfortunately), and appears to be exactly what we’d need. Two magnets, one with the coil, one external to it and separated by plastic. We could basically implant the external magnet.

I wonder if we could use xG3’s.

I’ve had a look into the setup required and it appears beyond anything we could do ourselves. The “proper” method appears to involve ossification of an anchor for the magnet. In short, screwing a titanium screw into your skull then mounting the magnet on that.

Yeah I watched videos of the procedure. Not something you want to do with a Dremel and a hand drill

I’ve contacted the n-th hearing specialist to ask whether I would be eligible for implantation of a bone conduction hearing aid as a person without any hearing impairement, and for once the reply wasn’t entirely negative. Interesting…

It probably won’t pan out, but who knows. If it does however, I’m looking at 15,000 euros in (obviously not covered) medical bills. Almost tempting

keep us updated, very interesting none the less

Well like I said, it probably won’t pan out. I’m being referred to a surgeon who will probably tell me off. There’s a chain of people you have to convince if you want anything done in the medical world. That’s hard enough when there’s a real medical necessity and you’re the requester (I know that first-hand). For non-necessities, it’s almost impossible. But miracles happen sometimes…

Good luck man. €15k is pretty steep, but hopefully you can work something out.

This would still need an external piece in physical contact with the implant, right? We’re not talking implanted bluetooth headphones here?

I’m looking at this guy 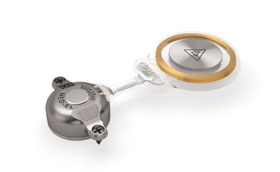 It’s a bone-anchored transducer excited by an induction coil. There is a magnetically affixed sound processor that transmits power and signal to it: There is apparently a version of the sound processor that doesn’t have a microphone, and only relays external audio from BT or 3.5mm jack - which is what I’d be looking at, since I can hear natural sounds just fine.

Also, it’s induction, so I’m hoping it can be reversed-engineered and DIY’ed.

If you’re curious to see how the implant is installed, there’s a surgery video (warning: not for the faint of heart): 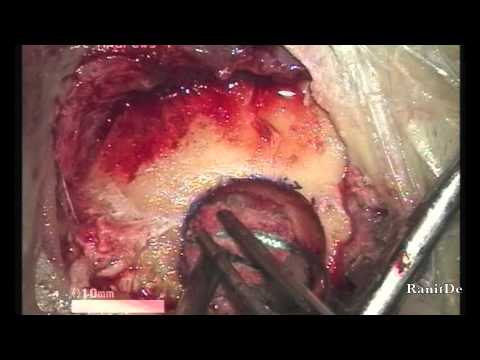 So, just a tad beyond a body modder’s abilities

That’s what I thought. If you still have to have something external like that, what is the benefit over earbuds? Implanted replacements for headphones are something I’ve always found interesting but if you still need the external “let me put my transducer on” then I lack the imagination to see the benefit. What’s your idea??

what is the benefit over earbuds?

What a strange comment though: it’s like asking why one would implant a RFID transponder when a card can do the job