Broken (IAmRobot) Implant while at work

New to the forum here, I just made an account to share some details you might be interested in. I got an implant last year, and a couple days ago i got my hand squeezed between some steel chains and the chip broke in two. The chip was not bought from dangerous things, but I guess that’s not relevant. A thing worth mentioning however is that the implant was injected quite close to the thumb metacarpal, and appears to have been crushed against the bone. I guess my line of work is not the most suited for implants.

I have couple photos if anyone is interested? Otherwise feel fre to ask me anything

You have pics of the broken implant?

Hello and welcome to the fourm.

Definatly worth posting the images if you’ve got them, if you can show where the implant was and explain exactly what happened it could provide invaluable information for others.

Where did you get the implant what was it?

The chip was not bought from dangerous things, but I guess that’s not relevant.

I disagree. Amal uses stuff that is safe if it breaks, it is just not preferred. What if the inside of yours was not sterile?

The chip was not bought from dangerous things, but I guess that’s not relevant.

That is the most relevant thing. DT takes a lot of care to source materials that won’t break under force, not everyone does though. If your implant broke with the glass DT uses that’s something I want to know. Where’d you get your implant?

Hey there, welcome to the forum.

So… Silly question, but since you don’t mention: you got it out, right? Did the doctor have to open your hand up and fish out itty bitty bits of glass, or did it come out in two neat pieces?

Ah, yes, probably a poor choise of words by me. It is of course relevant. What I was trying to say is that I believe the implant would break in this particular situation no matter what kind of manufacturer I got the implant from, considering the position i chose for it. The chip is now removed, but there might be some bioglass left in the wound. The doctor had some problem getting all the pieces out, and had to close the wound after working on it for three hours. Not a lot of drama surrounding the procedure, but I did get some strange looks from the nurses and doctors who had never seen an implant like this before, haha. 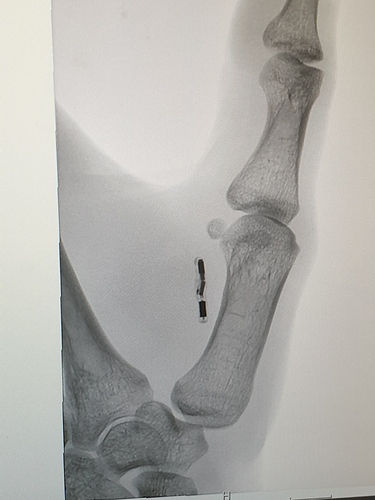 Curious if it was filled with epoxy like DT ones are.

The name of the implant is “NFC RFID Implant X2.1 Dual”. I’ve sent the seller an email and I’m awaiting response, they seem serious, but I’m waiting to see their response before i judge them. However, judging from from what you see in this photo it doesn’t seem like it was filled with epoxy. At least not all of it… 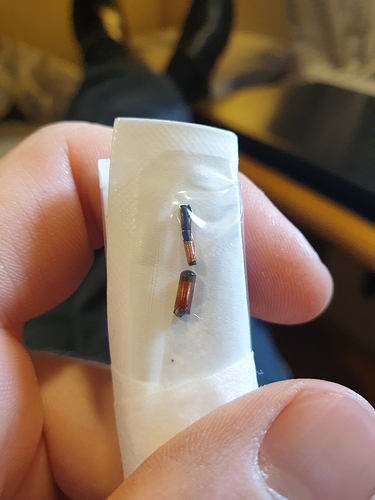 Those are by that IAmRobot place in Germany right? @anon3825968 started a thread about them and Amal pointed out the deficiencies in how they place the chip inside their implants. Can you tell us more about how it broke?

Non-DT NTAG / Mifare Classic + LED implants - or are they? Support

New offerings from IAmRobot in Germany: NFC X2 (NTAG216, small or large) w/ optional LED NFC X3 (Mifare Classic, small 1k or large 4k) w/ optional LED I’m assuming they got those chips made themselves, not just reselling DT chips, right? I’m actually kind of tempted by their large implant offerings: I already have one of their oversized implants in my right hand, and the increase in range is real. But I’m more tempted by DT’s Flex series, because the range increase with those is more real :s…

IAmRobot yeah, that is correct. It broke when I lifted a piece of a 38mm mooring chain into a pile of chains, and got my hand between the chain in my hand and the pile. I don’t know if that makes sense, a bit hard to explain in english.

That doesnt seem like much effort to break one

Well I should specify, the 38mm measurement is not the total dimension. Each chain link is about 5kg, so the chain is a bit over 30kg per meter. At first I was afraid there was more damage, but it turned out the moderate pain I felt was mostly just irritation from the glass shards.

I might consider getting a new one from DT instead, sometime in the future, but the wound has to heal first anyway so I’ll have time to do some more research first.

So this was purely a crushing injury and did not break skin? (at least significantly)

That is correct, mostly the only visible damage was a slight swelling around the implant.

Yeah thats worrying that it broke like that. It is worth noting in the xray it does seem very close to the bone which would have been a contributing factor.

Interesting to hear, did the knuckle heal properly?

To be honest, on my end it looks like a combination of really bad luck and a lower quality implant. If I do decide to get a new one I’ll try and put it more in the middle, that way I’ll get it away from both the scar tissue and the bone.

The reason I chose the location next to the thumb in the first place was to avoid pressure on it if i for example twist a rope around my hand to get a better grip.

Knuckles healed fine, bit stiff now and again but I’ve gotten used to that (not the only joints I’ve broken)

I can tell you that there is safe glass and glass with contaminates in it… but also there is thick glass and thin walled glass. The thin walled stuff will crush like nobody’s business… in fact, when we were testing various glass we sent a batch through a simple steam pressure autoclave process and 9 out of 10 shattered from the simple, relatively low pressure autoclave process. Terrible. Glass that is contaminated with impurities can also have structural issues though, so if you have a combination of bad impure glass that is also thin walled… 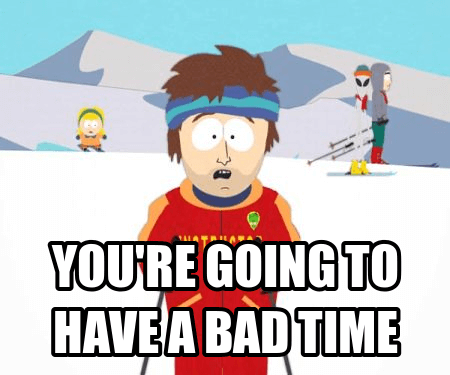 the chip broke in two

This was my first thought. How’d the doctor react?

Take care of it and get healed up properly. And keep an eye out. The little sharp bits can work their way up to the surface and poke out. Best to get them plucked out so the hole can heal back shut.