I will go to it, yeah. Be it just so that the next one with that issue will have possibility of having medical staff that has some resources to fall back to.

He said it would be a bit of a case report and a general information exchange.
They had a short story about an RFID implant in one of their journals, but that was mainly just a “it exists” kind of thing.
And there’s interest in learning more due to this whole stuff having become a bigger and bigger thing over the years.

And I guess it’s also a good thing to get what’s basically our side of this topic known before some other sides get in. There’s always a controversy to all of this

I’m kind of unaware about previous discontinued products, but was it a glow in dark implant? and what was inside of it? All I know is that it had some radioactivity.

The broken one in question was NOT a DT implant it was a firefly implant made by iamhuman (I think thats the company). DT did make a xGLO (trinium implant) as a very limited run but deemed it ironically too dangerous.

The Firefly was from Cyberise.me.
And yep, Tritium gas inside a glass tube, the inside of the glass tube being coated in a phosphor.around that some lead oxide for shielding. Then another glass tube.

How bad is the exposure to tritium to health, especially inside the body?

How bad is the exposure to tritium to health, especially inside the body?

it’s not fully quantified, but the assumption is - it’s bad.

This is so so cool! A few safety questions: Is there any possibility this might trip up airport security? I’m guessing the coating takes care of all the radiation and it’d be utterly undetectable. If I got in a car accident and the vial broke, how dangerous is this amount of tritium floating around my body? Are we talking “just a few xrays’ worth” or “almost guaranteed cancer” levels here?

The Firefly was from Cyberise.me .

Shhhh, he is in stealth mode. 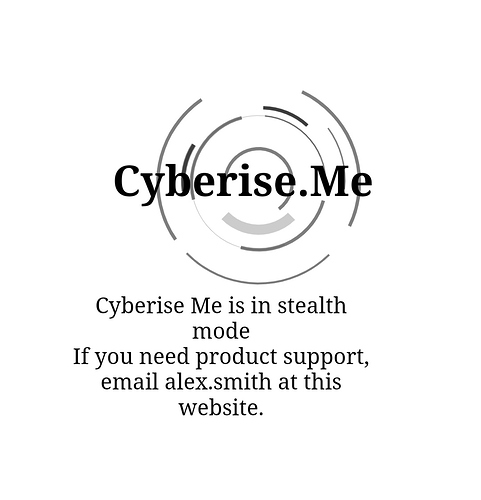 According to web archive, they’ve been in stealth mode since at least May 27th

The site has been unresponsive for almost a year now. I don’t know if we’re ever gonna see Cyberise again

They also do not respond to emails. nice, huh?

Have a little Paper I was mailed from the surgeon I was talking to. That’s all the information that they currently seem to have here.
Basic things and some vague details about MRIs and chips hand-mikrochip-jhs-a-2020.pdf (583.6 KB)

Yeah well, if you’re honest, you’re not exactly a run-of-the-mill implantee - who in turn aren’t exactly commonplace in the first place either - with your radioactive glow-under-the-skin implant are you?

At least it exists and it looks fairly well put together and informative for health professionals.

That’s actually a really good article to give hand surgeons an introduction. Glad it exists. They even mention Dangerous Things!

Weird that the author would go to the extra effort of gendering the article title in 2020, though.

Apparently all three co-authors are 6 feet under. I’m therefore assuming they were from a time when “he” and “his” stood for any unspecified human being.

Yeah. I think this is already a good start.
It’s basically a “hey, this stuff exists” with some details.

Apparently all three co-authors are 6 feet under

It’s a dagger denoting a secondary asterisk, referencing this footnote: 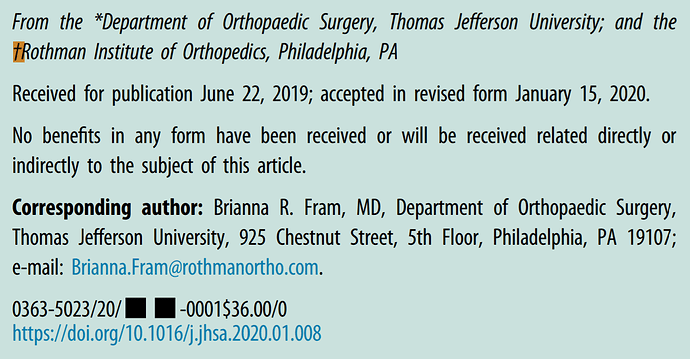 It’s a dagger denoting a secondary asterisk, referencing this footnote

Hmm, I learned something today. I had only ever seen that sign next to the names of deceased people before.

I live in Philadelphia, I can go check if they’re alive

Nah, that’s okay. Although if you do, please film the encounter: I’d love to see you come up to them and ask them to confirm they’re still kicking

Nah, that’s okay. Although if you do, please film the encounter: I’d love to see you come up to them and ask them to confirm they’re still kicking

As weird as it would be to ask someone that question. The explanation “discussion in the internet” would be enough reason for a lot of people that use the internet too much xD