Hi.
Being bored and figured I’d share a little story.
First of all, it’s not a dangerous things implant but i like thus community, even if I may be mostly silent.

Today at work i hit my hand with a hammer, barely hurt, but something felt wrong. Quickly checked my implant… And yep. I can feel that the glass tube is broken.

Here’s the fun thing about it: I’ve you a Firefly Implant. Radioactive stuff and all the fun.

First thing i did was panic and try to take it out myself, i put it in by myself too after all. That didn’t work due to a lack of actually sharp knifes.
Corona got the advantage of me at least having isopropanol on me at work.

Afterwards, thinking of going home to get my supplies. Thought better of it, I’d never be able to do it right.
Now I’m sitting in the ER waiting for my turn to get cared for.

The irony about is that i was thinking of taking it out again last week. I do love the glow of it. But i was starting to get second thoughts about what happened today.
Construction site bandage included

Holy shit that’s like the 5th (maybe 6th or 7th actually) cyberise implant I’ve heard of people breaking… I mean… not just Firefly implants, but to have a Firefly implant break at all is a basic nightmare scenario.

xGLO - Why was it discontinued? Lounge

Hey @amal, quick question with a possibly detailed answer: Why was the xGLO discontinued exactly? I see in the thread below that you said it was just too dangerous, but for who? You manufacturing them or people implanting them, and why? Would you say they were more, less, or the same risk as the Firefly? As much detail as you care to lay into here would be very much appreciated. I specifically ask because I really want one (or more), but with the Cyberise store not looking likely to come bac…

This is my official statement… if you have a Firefly implant from cyberise… fucking take it out… it’s not worth it.

In contrast, I just walked a guy through an assessment where he was shooting and the slide rammed his hand so badly it pushed the NExT basically into his joint and caused an internal hematoma… went to ER and had it removed… the NExT was fine… not broken. Case study write-up coming soon. 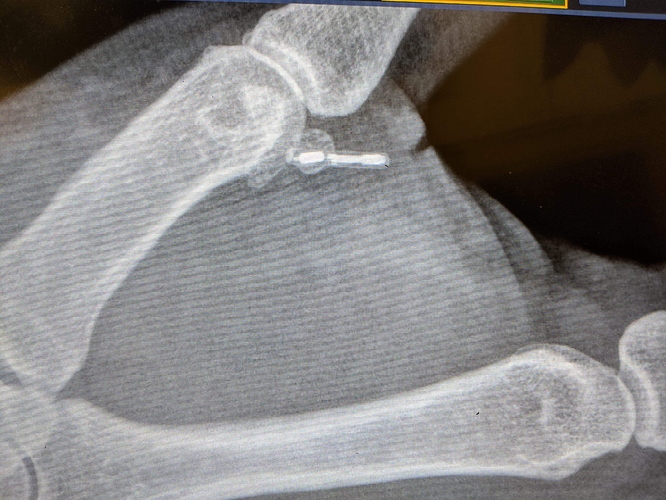 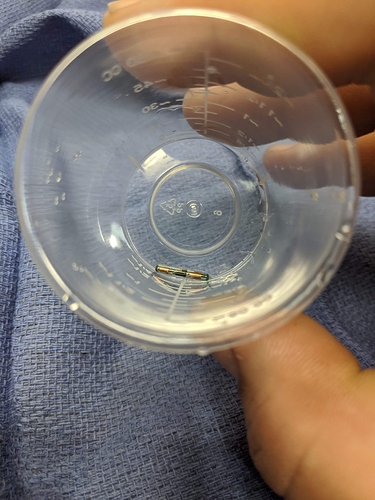 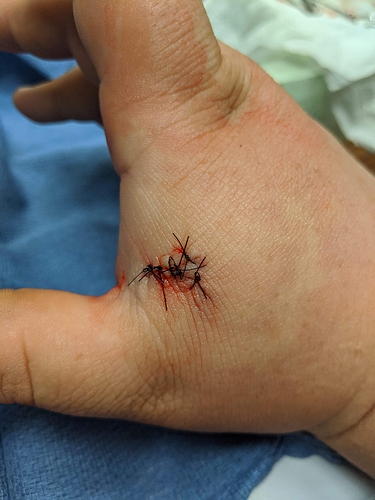 In Soviet Russia, rockets self-destruct you!

Yeah… I saw that post @amal.
I would most likely have taken it out if i had had enough time.
Oh the irony of that xD

I’ll be fine in the end. Just kinda really dumb that it happened.

Out of curiosity:
Is the internal vial still intact? If not what are you/they doing about the radiation exposure?

No idea and no idea

Well bud,
this is a fucking nightmare scenario. Wish you the best of luck.
And yeah probably:

Yeah, lying to the docs isn’t really the best thing to do. Could just tell them what was in it, and let them decide what to do about it.

I would never hesitate to be honest and forthcoming in Europe. But not in the US: what doctors decide can cost you your life savings there.

Case in point: on New Year’s Eve 2001, I went to the ER with the worst-ever case of the flu. The docs decided I might have received an anthrax-laced letter, because I was in such a bad shape, and did a whole slew of tests on me. Eventually they discharged me with a bottle of aspirin and told me to get some rest. The bill ended up being $1,200.

They didn’t know what to do. I’ve literally been linking them to forum post about the implant.
Some guy with a Geiger counter checked me to see it they can safely remove it.
Everyone is being super curious about my implants.

But not in the US: what doctors decide can cost you your life savings there.

When they let their lawyers loose on you to pay up, it becomes yours. And don’t think for one second your healthcare provider will cover the costs of removing a self-implanted radioactive gizmo, or cover the cost of decontamination if the hospital decides to call the men in white out of fear.

I mean, there’s room to argue it’s workers compensation as the injury was incurred at work.

When they let their lawyers loose on you to pay up, it becomes yours

Had my medical debt go to collections, but they don’t effect your credit, nor did they sue me.

If they charge me a million, it IS their problem.

At the end of the day the only thing that should matter is how much you value your health. I wouldn’t BS them personally, and just be upfront about it. The fear of a medical bill shouldn’t stop you from getting help.

The fear of a medical bill shouldn’t stop you from getting help.

That’s right. One of the many reasons why I emigrated.

Please tell me you will have pics!

That really is the best news of a very bad situation! Please tell me you got some pics!