Since COVID-19 is keeping me home for a few days, I found time to do something I’ve always wanted to do: install a dual HF and ProxLF antenna setup in my Proxmark3.

Sadly, there’s no ready-made dual-antenna with coils for implants, and I was getting tired of swapping antennas all the time. So this is what I came up with: 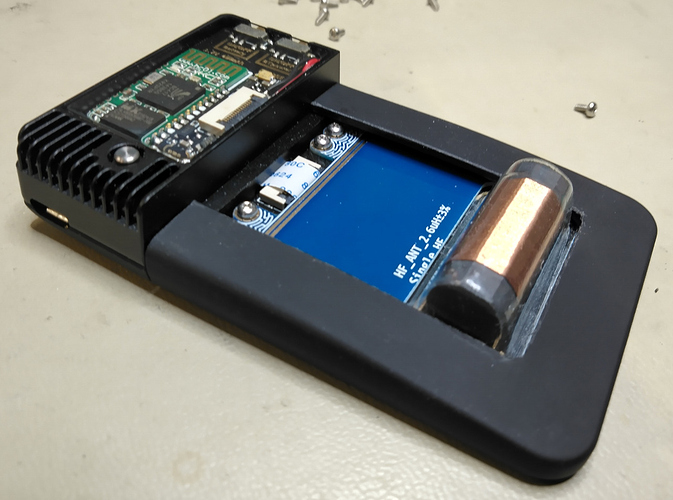 The Proxgrind HF antenna was kindly provided by KSEC Solutions for a very democratic price. Thanks Kai!

I took a few photos of the construction, if anybody is interested.

I took a few photos of the construction, if anybody is interested.

Nice. The only other method I saw was Deviant’s Dremel mod. Interested!

Okay. So you need the small single 2.6 µH HF antenna from Proxgrind, and a ProxLF obviously:

Cut out a window in the HF antenna for the ProxLF’s coil to pass through. The center of the HF antenna is just dead PCB, so it’s fine. I did it with a PCB saw and files, but it’s doable with a Dremel too: 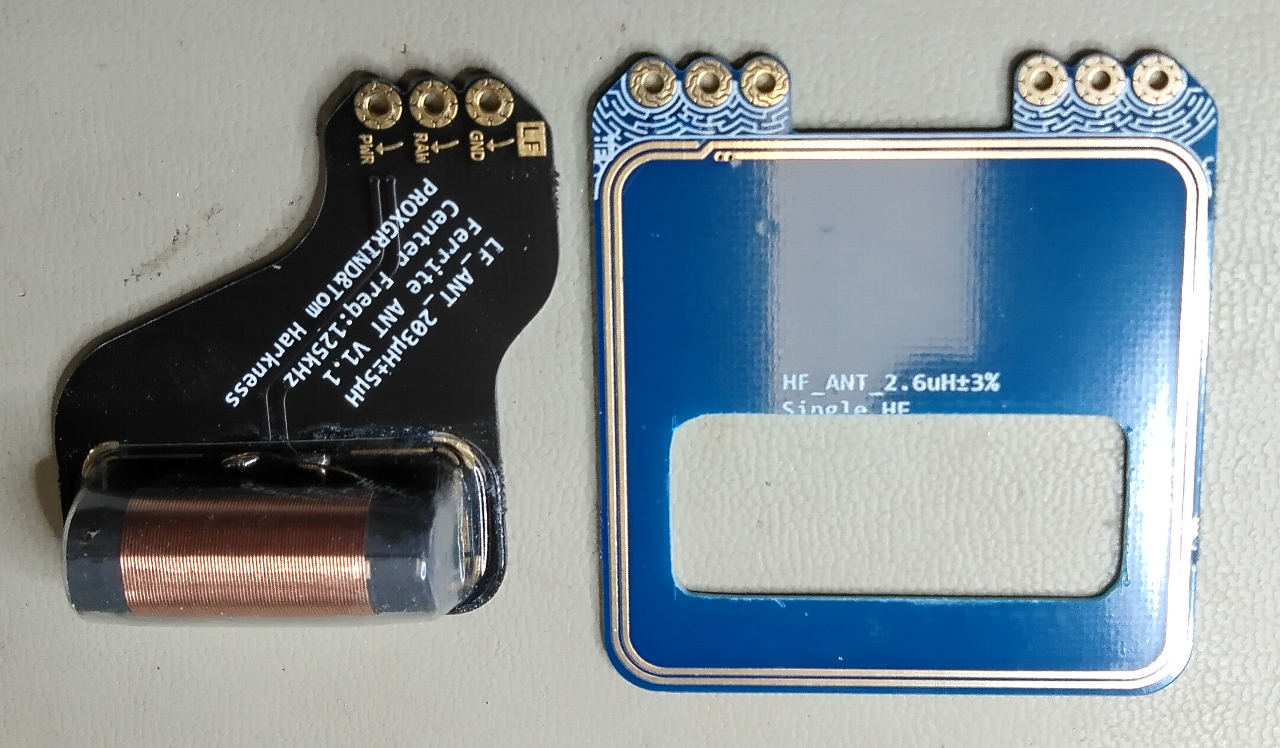 Then simply stack the ProxLF and the hollowed out HF antenna, ProxLF at the back, and mount then onto the Proxmark3 normally.

You’ll need six 1.6 mm x 4 mm screws with lower profile heads to replace the original 1.6 mm x 3 mm supplied with the Proxmark3, to reach the threaded inserts on the main board through two antenna PCBs.

On the HF side, use 1.6mm x 1 mm narrow spacers to keep everything nice and flush. But if you don’t mind bending the HF antenna a bit, you can do without them. In you don’t use the spacers, use the original shorter screws: 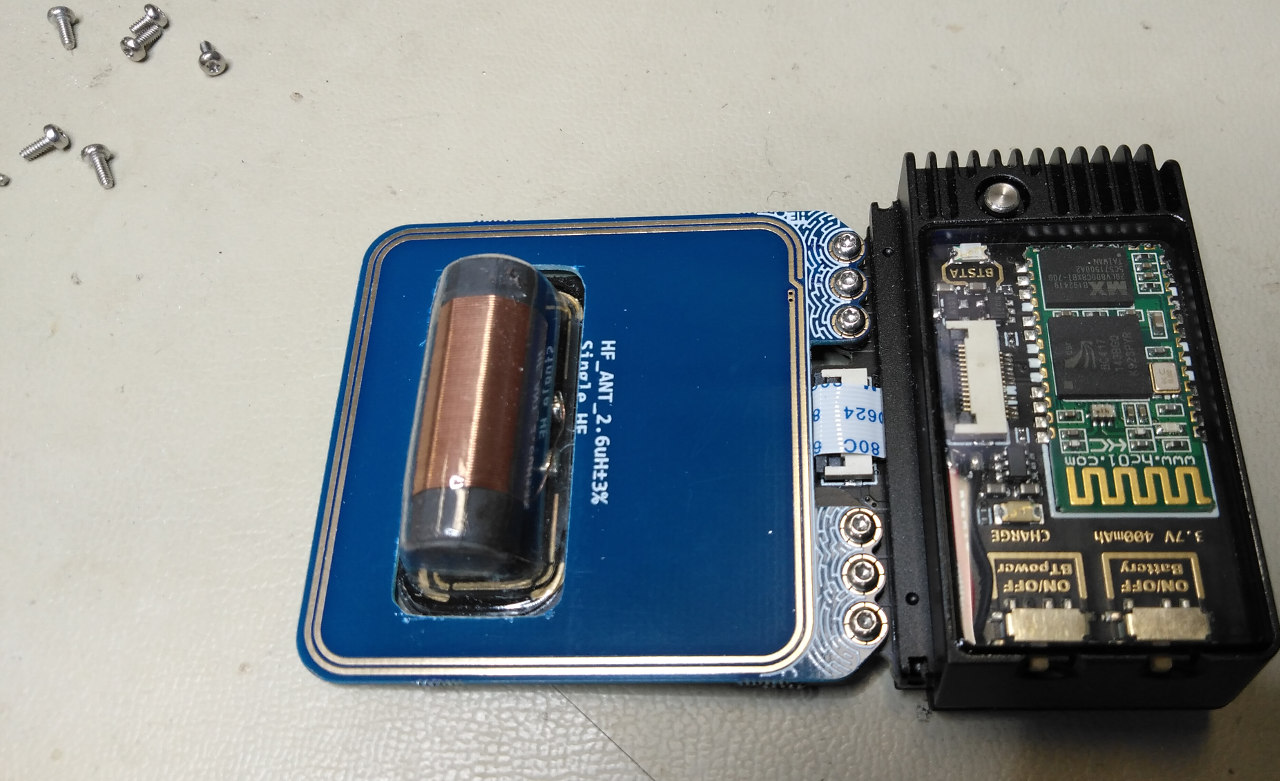 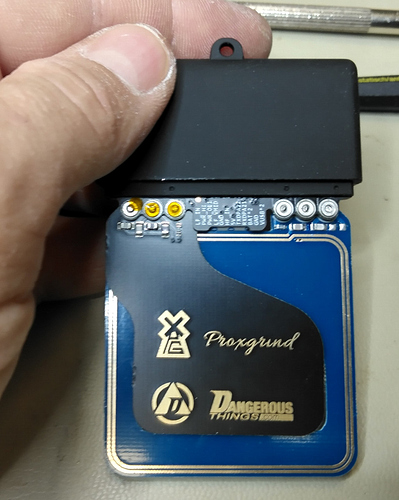 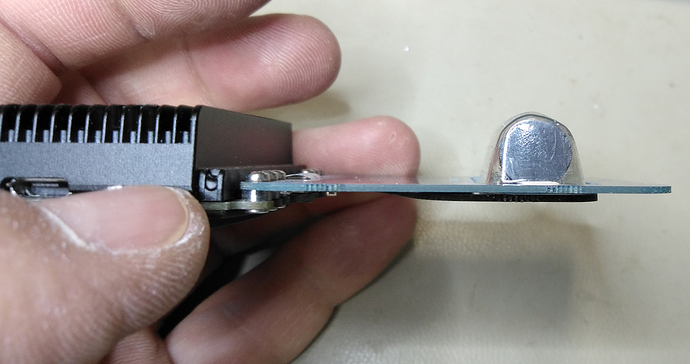 Then cut a slot on top of the cover for the ProxLF’s coil to go through. I used a milling machine to keep things straight and clean, but you can use a Dremel and a stiff x-acto knife.

Even with the top almost entirely opened up, the plastic is stiff enough for the cover to clip onto the Proxmark3 normally: 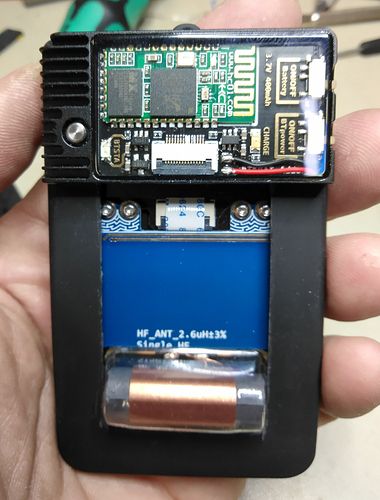 Nice. The only other method I saw was Deviant’s Dremel mod. Interested!

Yeah I saw it. I didn’t really like it too much, because I wanted to keep my original dual antenna intact. Also, I didn’t like that the two antennae are only held by three screws on each side. With my mod, the HF antenna is held by all 6 screws, which makes things a bit more solid.

About the only way i can think of to make it cleaner would be a custom 3D printed case replacement. Maybe in two halves that slide or snap together before attaching to the PM, could close up that gap in the lid nicely.

Definitely the best way of attaching them both I’ve seen

It seems simple enough to just manufacture the proxLF into the middle of the HF PCB. I wonder why it hasn’t been done yet

Conversely, I wonder why the ProxLF was designed as a one-legged single-purpose antenna. It would have been quite simple and virtually free to make a slightly larger, square PCB with the planar HF antenna around the coil. Who wants only a LF antenna eh?

Something is better than nothing. Fear the feature creep. Non-Renewable Engineering projects are difficult and expensive. I think Tom did a great fucking job making the proxLF with very few resources.

I understand that adding a HF trace antenna around the LF coil antenna visually appears to be simple. Unfortunately there are many factors affecting the success of that. The antennas interact with each other, so it would require a few iterations to get right. Plus, adding a trace antenna doesn’t solve the problem of it working with implants. We would need a second HF coil antenna. Space would be an issue and we’d get even more interaction because if the similar shapes. Why don’t we just combine the two coil antennas into one middling one and set up separate tuning capacitor arrays? Okay, we do all the iterations of that and we have a design that works, oh but the performance isn’t as good with either antenna and people still get tearing issues, and now it’s 2022 and they already were unhappy with the delay.

See what I mean?

Something is better than nothing. Fear the feature creep.

Providing 2 antennas for a device that has 2 antenna outputs isn’t feature creep.

I think Tom did a great fucking job making the proxLF with very few resources.

Absolutely. This is not in question.

I understand that adding a HF trace antenna around the LF coil antenna visually appears to be simple.

That’s… because it is

The antennas interact with each other.

I highly doubt it, considering one is a coil coil with many turns of copper wire and the other is a planar antenna with 2 turns, that orient their respective EM fields 90 degrees to one another.

adding a trace antenna doesn’t solve the problem of it working with implants. We would need a second HF coil antenna

That’s true: the ideal combo for us implantees would be 2 coils. But that is definitely harder to design, and more expensive to make.

Look, I ain’t bitching. Tom’s work is top-notch, and if he hadn’t picked up the ball, nobody would have gotten any LF coil at all. No question.

But seriously, if you go to all the trouble of designing a PCB (and a curvy PCB at that) with a complex coil and transparent cover assembly on top of it, it literally costs peanuts to make that PCB square, add a couple traces around the perimeter, and a cap. You know, as a fallback that’s better than nothing, and no worse than the stock antenna for HF.

I’m guessing Tom was focused on the LF design and didn’t think of that. And again, I’m not criticizing. All I’m saying is, it was doable, and not terribly challenging technically or financially.

And again, I’m not criticizing

Okay, maybe to clarify, I’m offering a critique of the design - probably quite unhelpful - if you want to call it that, but I’m not complaining, is what I’m saying.

Also, to Tom’s credit, I’m quite aware that it’s easier to talk than to do.

I get it, Tom had a problem and developed a solution for the problem. Due to popular demand, took it to market. No shade on Tom. I just figured with all of the Chinese companies in this market that tend to borrow from each other a lot, that some company would have added one of these onto a HF PCB by now.

I think the crux of the problem is the antenna design on the RDV4 seems to be a bit of a step backwards on the easy of use side of things compared to the RDV2. Namely because I leave the stock antennas on most of the time, and only put on the proxLF when I need to write to my implant. Having some sort of socket vs having 3 screws would make it easier to hot swap.

The Chinese are not interesting in devices they can’t sell in batches of 10,000.

I think the Proxmark is itself one of those heroic design efforts that wouldn’t have happened if someone hadn’t taken to doing it. It is what it is - not perfect, but at least it has the merit of existing. 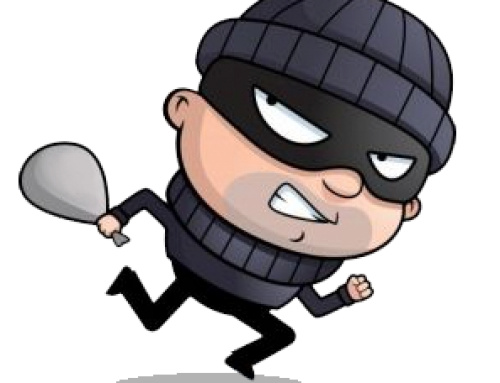 Any reason this won’t work?

When I get around to ever having the Proxmark3 with dual antenna ill give this a try, I’m not the best 3d modeller in the world, but that’s the beauty of having a printer at home, you can fuck up as many times as you like.

Welp. Didn’t cut the traces. Now I just need to clean up my edges