I did comment requesting animal microchip support, and they commented saying they had never heard of them!

But they said the frequency is set in software, so thats easy if they can easily make it compatible in hardware and asked for details - he seemed very interested!

He asked for more details, so I’ve done a post on his forum about if he tuned the antenna to the middle point so it could work on both!

External antenna connector sounds too complex I think. The goal is to make simple and solid device. Let’s just hope that it’ll work good with implants

I’ve been also told that NFC part is pretty challenging cause it requires arranging two antennas on one PCB and a lot of software engineering to allow full control (for UID emulation and other tricky tasks), it won’t be shitty PN532

@koteeq thanks a lot for keeping us all “in the loop” and up to date.

Always nice to have, and be trusted with, inside knowledge

I told myself to stop spending money during quarantine… damn you. Backed

I guess I’ll let you fine people know how it is when (if?) I get it, though I’ve only really had one kickstarter that didn’t deliver.

This seems interesting. I have it bookmarked.

Actually really want it, but $100+ is quite a bit for me to spend on something non essential. I’ll keep it in mind just in case I get a random windfall to way lol

Not sure if anyone would be interested, but I just got a backer update email from them that they are opening up development to anyone who is interested. There’s a Google Doc survey to see what parts you would want to contribute to (and you have to agree to a license agreement to prevent leaking the source code early), but I thought I’d post here in case anyone wants to jump aboard to try and help out (specifically with the RFID components).

Correct me if I am wrong.

But they basically have a publicly funded, now publicly developed product?

So people funded it based on the tier, but now it has to be developed?

Honestly, my reaction was pretty similar. Like, “Hey, I already paid x amount of money for this product that you promised, now you want me to develop it too? What did I pay for then?”

From what I could tell though, reading about what they were saying, it doesn’t sound to me like they’re asking for the community to just straight out develop the whole thing, but that they had a core team working on bringing their vision to market, and that they want anyone who wants to chip in and be able to, in some small way, guide development, would be able to assist. Especially since the whole thing is going to be open source after it releases originally, I feel like it’s a good idea to get the community involved earlier in the development process than having everyone wait until they release and then saying “NOW you can contribute”

Probably a better idea in the long run.

Got a response back from the Flipper guys…

Interesting priorities indeed. I thought their campaign was already viral…

I’ve offered for my name to be put down for hardware testing and working on antennas, so will see what happens there.

I think it would be super neat to have a tamagotchi to keep yourself alive! Completely gamify your life through constant tracking and implants. Ive always wanted a calorimeter upgrade for my mouth! Im fine with dieting but hate the damn tracking!

Has anyone seen the Flipper one? It looks like the next iteration. That model will have wifi capabilities that this one doesn’t. I love the idea of this product, but, I think I’m going to wait for the one to be available before I back.

Yeah, i did see that - it looks really cool too!

I didn’t hold off for that because it’ll be bigger and get less battery life. I really want something i can throw in my bag for a week or more at a time.

that’s actually a fair point, I saw the size of it and I was okay with it, but I didn’t think about the battery life.

I carry around a 20kMah battery wherever I go, so, not super worried about it, but definitely something I should consider. 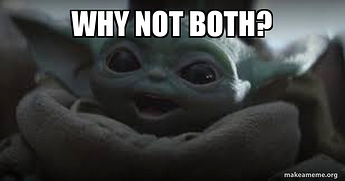 If I had the money to, I would.

The Flipper One is probably a year off from what I can tell, enough time for my bank balance to recover

(Unless Apex finally comes out haha)

This was my thought. I like the idea of a smaller device with longer life and it hits most of the stuff I would need plus some. I figure I’ll wait to see when if the flipper one actually comes out and reassess at that time. With an estimated delivery of Feb 2021 on the zero… I figure it will most likely be at least 2022 before I would get my hands on the flipper one if I even still wanted it at that point.