Hi again, I’ve been sent a test chip from DT support, just a old one that was out of date for sterility.

I’ve borrowed an android to set it up,
(1 plus 3). I downloaded 2 DT apps, one says “scan data” and “wipe” or something of the sort. So I didn’t see a set password option so I moved to the other app, and it said I should set a password for the chip, I set a 4 digit number, and it said “”password set, scan tag”
So I put the phone up to the chip and nothing happened. I’ve tried with different orientations and taking the case off the phone.

I’ve enabled NFC on the phone and I thought it was the phone but I just went to a vending machine with tap pay and tried to pay with the android and it came up with “set up google pay” so I think that means the NFC is working. I can’t find any videos or anything in General that helps set up the chip. Is anything meant to happen after the setting up a password? Where do I go from here? Thanks for any help as I need to sort out these problems before I actually put one in my hand. Thanks again.

Update 1: I tried another phone and it worked and set the password. Not sure where to go from here now. I tried searching up the web link that is on the little card that came with the xNT (http://dngr.be/xNT) and it says that the web server does not exist.

Since you got all the password protection working, you’re free to write whatever information you want to the tag. I’ve been meaning to write a short guide for writing to the tag using the TagWriter tool. Here’s a demo of writing a web address to your tag: 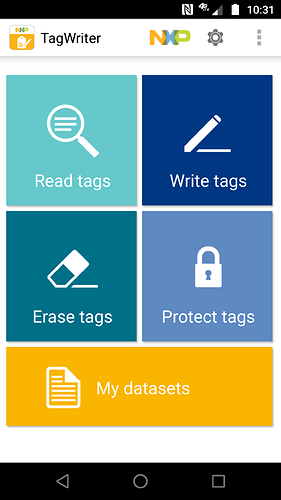 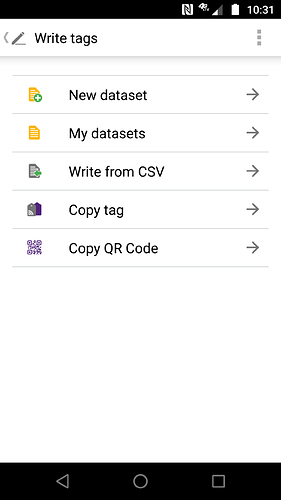 There are many options. Select “Link” 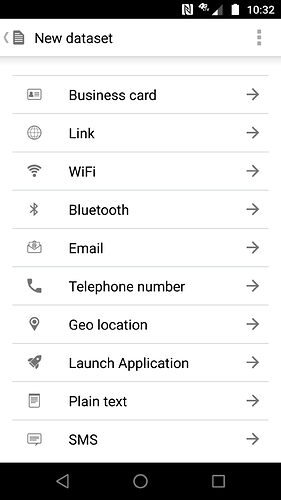 Paste whatever URL you want to link to in the second field “Enter URI data”. Select “SAVE & WRITE” 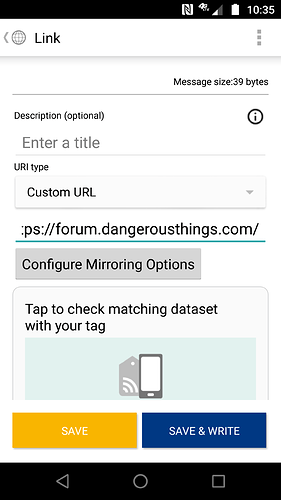 Select your write options (I chose none.) Select “WRITE” 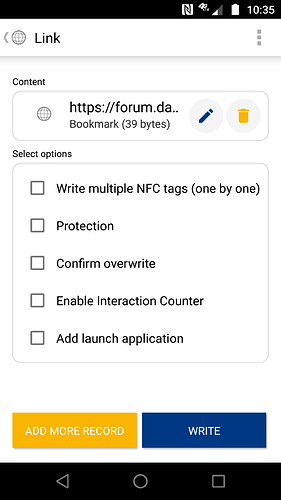 Hold the phone against the tag to write the info. Orientation is critical for this steps. You’ll have to wiggle it around quite a bit on the back of the phone the first time to find the correct spot. The xLED tester really helps. 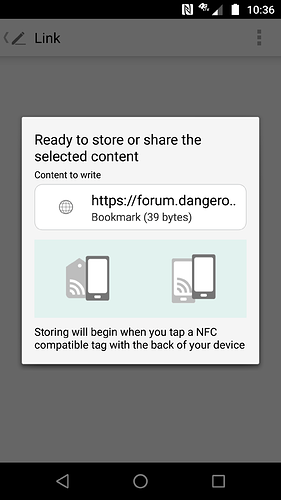 You’re done! The information has been written to your tag and it should attempt to open in the browser when you scan the tag outside of TagWriter. The first time you’ll have to select your “Default Application” for NFC tags, but after that it’s automatic. 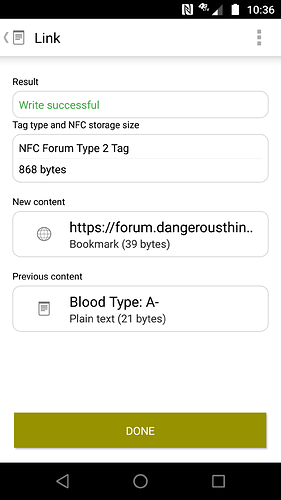 Oh, it was that easy? My apologies. I just did not expect it to be that simple. Now it dawns on me that I should of realised sooner that I should of treated it like I was using a normal NFC tag (not that I’ve used one before)

I followed your instructions and have played around with some phones and orientations, the iPhone, Xs and Xr only work with links but are pretty easy to get the chip to read. HTC phone was quite difficult to find but it still worked. But the best phone was a Microsoft phone! Not even a good one. It’s able to detect and read the chip at nearly any orientation and in a big radius of the phone. Very cool.