Implants just got mentioned on The Modern Rogue!

@DeviantOllam was on the modern rogue and they discussed RFID implants. Nice to see a more mainstream positive mention of us, so maybe we will get some more people interested in the community. Just figured I’d mention this here and maybe give people a chance to talk about other more mainstream mentions of implants!

Was waiting for this episode to come out, its a shame though that they didn’t show Jason’s chip doing anything. I’m sure the demo was just cut for time to show the more interesting implant procedure, but it came across as very much of a ‘yeah so I have this thing now, see you next time’ video.

Hoping in a future episode they put an RFID lock on the MR World HQ building!

When I saw the rfid lock demo on the last episode, I was really hoping they would do something with the implants, as I know Dev is active on here and has a few, so I’m glad to see I thought right!

Yeah, I agree. But whatcha gonna do, I’m just glad to see the biohacking community getting some good and cool PR on a big channel like that. It’ll be interesting to see if we get an uptick of activity here after the episode has been out for a little bit.

And I honestly wouldn’t be surprised if they did, or at least do another episode with some demos of Jason’s chip.

I personally thought It was informative, accurate and well balanced and @DeviantOllam represented well.
( Bevel down would have been better for the implant, but hey… )
Looks like MR have over 1 million subscribers, so I imagine there will soon be a lot of new people on this forum which will be great.
It would also be interesting to see the webstats for Dangerous Things after a video like that.
People like to be influenced

I just hope they do some research before asking questions.

Also the “unreleased” in North America Samsung deadbolt, that worked with Devs xNT was interesting, Maybe Samsung Locks have done a 180°

Bevel down would have been better for the implant, but hey…

I was waiting for this episode when they posted on twitter that jason got one.
My KBR1 just came in. unlocking windows is fun now.

this video is great!!! it’s such a cool, friendly intro to rfid implants, explains how they’re used, what their limits are, and shows how simple the installation is.
i feel like it’d be a good intro to show friends and family when they have too many questions or misconceptions.

After watching the show I must say it was very well done. a great intro to anyone interested in implants.

Ahh I musta missed the unreleased part, I just assumed it was a older lock that did not have new firmware

The enthusiasm they showed in the video was also very refreshing, compared to the other videos on the topic.
Most of the time there has to be some sort of angle with videos discussing this topic. It’s nice to see one with the core aspect just being how cool the tech is.

I had looked into this stuff off and on for years, but never had the money. I watched that video and this time have enough money, so I bought like all the implants and will be starting down this rabbit hole as they start to come In. So they did/didn’t get me into it.

Oooh it is released just not in the US yet, I’ma go do some digging

Bought my first implant immediately after watching this! Can’t wait to receive it.

Welcome! What implant did you go with, and what are you planning to use it for?

Welcome,
I would reccomend you use this waiting time to start reading and researching so you can hit the ground running.
I would suggest you start with the FAQ’s and Wikis on here 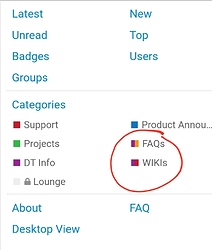 Don’t be afraid to ask if you get stuck

I bought the xSIID in blue. I’ll likely try all kinds of things with it but see myself settling on a vCard as I’ve never been good about keeping business cards on me.

Thank you for the resources. I’ve been consuming most of the material. My biggest challenge will be to fine a piercer willing to install it. Struck out once already but hit up my tattoo artist who likely knows someone willing to give it a try.

If all else fails, I have a nurse friend who would likely get a kick out of it.

I think finding a piercer is about the approach. The first one I went to was super stoked to do it. I showed them how the product is packaged and that its sterile and a video of the process and sent her to this forum so she can research it. And she said she has to check with the health department to make sure its covered under her license and if it is she will do it.

make sure its covered under her license

That’s one of the biggest issues with getting it done around here, no one is willing to risk their license. It took me four or so shops before I got one that didn’t cut me off with “It’s technically illegal, we aren’t doing it”

Guy said they didn’t do it there, but to go to guy X and talk with him. It was a pretty lengthy process