Hey everyone, finally made an account instead of just lurking.

I’m designing a tattoo around a LED implant or multiple led implants.

The main concern I have is migration. Since I would be getting the tattoo before putting the implant/s in, migration could really ruin the project. I haven’t been able to find any good info on how much migration is to be expected and how things like the implant location might effect that. Since I am planning this around the implant I’m in a position to try and optimise the artwork for the error margins migration will introduce. I also have not found much info on minimising the migration other than an anti-migration coating like some pet microchips have but I have not seen any unless maybe @amal can make a custom one for me. Finally if it migrated could I just like push it back?

I’m curious how the xSIID compares to the xLED in terms of range and brightness. I don’t NEED (but I may aswell if there is no disadvantage) the NFC but the additional colours are nice (although potentially I could change the colour with tattoo ink

). But I think brightness is probably the biggest factor for me.

I’m also looking into powering it. I’m fine with using a phone or reader to show it to people but I’d love to do better. Using my phone or any standard reader would likely cover a significant amount of the tattoo and it would limit me to one LED. I was hoping to build a coil into a bracelet or something that could power it without having to cover the tattoo or something similar but I don’t know enough about the sort of range I would be able to energize one of the implants from (I know you can buy 13.56MHz reader that apparently have a 45cm range) or what I should be researching to calculate it.

Any other insights or ideas are more than welcome.

I started reading your post, I sounds like a cool project, ( would love to see it when you are done) as I read, my immediate thought about your anti-migration issue ( Not the mexico

USA sort ) was exactly the same as you thought

maybe @amal can make a custom one for me.

with an cap similar to this 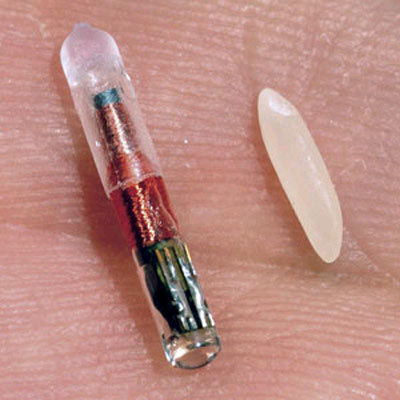 Re: the different colour LEDS
So my thought about your options would be:- 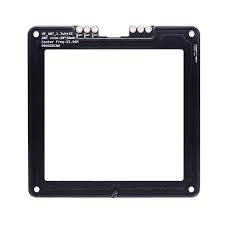 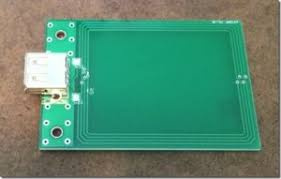 You could cut out the centre, as above to make a frame.

Just some thoughts for you

Thanks for your thoughts

would love to see it when you are done

Will definitely post something when it’s done, or in progress, or both

Re: the different colour LEDS

I definitely think the xSIID(s) are a better option because of that storage, the main factor is probably going to be what’s easiest to power (if there is a difference) and the brightness (although I imagine that depends on colour etc)

I actually have a PM3 RDV4 so getting the long range HF antenna would definitely be a decent approach for powering it (I had forgotten it was open in the middle) ideally I would rather something a bit more portable. I’m not afraid to learn how to make my own antenna I just am not sure what to research, I have found info on DIY antenna but not much on how the shape of the coil and power effect the field and what it takes to energize the LEDs in the implants.

Yeah, I can help with that. I’ve been working with a team trying to build a bracelet that constantly outputs a HF signal for lighting LED implants purely for aesthetic reasons. Here is the thread I just started related to that. Feel free to ask me any questions you have.

I don’t want to derail, but file this away for a future project.

What if you could get a UV led in there, and then use tattoo pigments that are only visible in UV light. Instead of just glowing, you could have portions appear / disappear.

No such UV implant currently exists. You could contact Amal (bribe) , and ask nicely (bribe BIG).

It’s a great idea that I did consider at first, but my main concern was be what a UV source would do inside you.

The black light effect tends to come from light at about 365nm from memory making it UV-A light which is what is mainly blamed for skin cancer and other skin damage such as wrinkles, whilst an LED can’t be compared to the sun in terms of power I don’t know if it could ever be advisable to put one under my skin.

So obviously I will be getting the tattoo first then implanting after. Only thing is I’m not sure how long I should wait after the tattoo to get the implant. It’ll likely be a small line art tattoo. Surface healing takes about 3 to 4 weeks but I’m not sure what it’s like under the skin. Anyone got some insight? I’ll obviously ask the tattoo artists opinion but I’d also like the opinions of any of the tattooed cyborgs on here

I’ve been thinking about this for a long time and speaking to a fair few artists about how best to go about it. (The shortlist for who I’m going to choose to do mine is getting shorter

There are clearly only 2 ways to go - tattoo first or implant first. As we know, these chips can migrate and are most likely to do so before full healing so my approach is definitely going to be getting the implant first. I will agree a tattoo design with the artist first, have the stencil placement done as if the tattoo were to be done on that day and mark where the implants will go with datum points. I’ll then go get the implants installed as close to the marks as possible and wait for them to heal fully. I’ll then return to get the tattoo done as the design will be saved and can be tweaked to accommodate minor movement of the implant.

I believe this is the best way to go because you are allowing for any migration, (we can’t guarantee this won’t happen with the implants but tattoos definitely don’t move!), and, depending on the complexity of the tattoo design, you’re not punching holes through the artwork.

Some artists would prefer to tattoo first and I think the reasons for this are easily understood as it leaves the difficult bit, implant placement, until after their work is done but this narrows the already small margins for error. (I mean no offense to tattoo artists here. Typed words sometimes don’t mean the same to the reader as to the author so apologies if any tattooists just hurled abuse at their screens

). Although it does complicate the inking task as it requires tattooing over a lumpy implant the final results should be better.

Do not tattoo overtop of any of our implant products.

I disagree with this simply because the implant, if placed properly, is sitting exactly at this depth. A tattoo needle will surely impact it if you attempt to place ink overtop of the chip. That’s not accurate I’m afraid… the bioglass implant itself did not withstand 500N of force. The key here is that the tissue (or silicone) around it actually provided the force buffer for which the bioglass to “sink” into and be protected by. The bioglass itself will shatter if struck by a tattoo needle th…

And this highlights why discussion boards are healthy

. Thanks for referring to these ithritin. Useful stuff to have in this thread too.

For my personal design I would be looking to avoid tattooing directly over the implant for fear of exactly the result mentioned in those posts, i.e. a smashed implant, but figure this is the best way to ensure correct placement. We’re all at the coal face on this stuff and feel sure I’m just as keen not to see the demise of any canaries

I think if you do not tattoo directly on the implant, your idea is fine and should work.
But what I simply don’t get… I thought implants are usually implanted below the skin, while tattoo pigments are put into the dermis itself. So, tattooing over an implant should be no problem, because the needle doesn’t go that deep.

But better safe than sorry, I guess… wouldn’t try it out myself

I’ve never had a tattoo done, so I don’t know if this is a stupid idea, but…

Wouldn’t it be possible to trace the outline of the tattoo on the skin at rest, then stretch the skin away from the implant and tattoo over the (now deformed) motif “in the air” so to speak? The needle couldn’t reach the implant, and then when the skin is released, the final motif would be straight.

(i’m not a tattoo artist, but i’ve got a few.)
artists using tattoo machines press pretty hard, and need a solid, even surface to work on. they gotta to make sure the lines and color are even. i think pulling the skin away from the implant would make it basically impossible to have it look good, the color would probably be very blotchy and the lines would be very warped and sloppy.
personally i think the best bet would be to do the tattoo first, let it heal very well (several weeks), then get the implant. maybe even use one of those tape-and-toothpick splints right away to make sure the thing doesn’t budge.
(my dad tattooed professionally for ~10 years, so if you’d like, i could ask him!)

Asking a pro is always the best option. I was planning a tattoo with led for a long time, so I would love to hear this.
The bigger problem would still be with the flexnext LEDs though

This is what I brought up in the link I posted above to which Amal responded to. There’s also a lot of variance in thickness between people and locations of the body, so it’s a pretty risky gamble I’d say. And I guess there’s a difference between hitting it once with a hammer and rapidly, thousands of times with a needle

pulling the skin away from the implant would make it basically impossible to have it look good, the color would probably be very blotchy and the lines would be very warped and sloppy.

This, pretty much. You need the skin taught but pulling it too much will affect it to some degree.

personally i think the best bet would be to do the tattoo first, let it heal very well (several weeks), then get the implant. maybe even use one of those tape-and-toothpick splints right away to make sure the thing doesn’t budge.

I’ve read about a few people getting tattooed over their implants a few times here on the forum and they never had a problem. Just need to let the tattoo artist be a little more careful around the implant and they can usually get good penetration for the tattoo without touching the implant. Although, you’ll still feel some vibrations on the implant itself.

A professional tattoo artist would be able to know the exact height their machine is working at to prevent damage to the implant.

Just wanna add a note to any new people who come across this thread, that while an x-series tag might survive tattooing, I wouldn’t risk it on a flex implant. Puncturing the biopolymer is a terrible idea.