Today, my bodymod-artist (again, the incredible Arnulf at Stigmata) and me had a whole lot of fun.

The procedure itself is already well-known here, I think, and it wasn’t so much different like the very well-documented one from @Mariarangok - relevant difference for sure is that I was anesthetized, so it didn’t hurt at all.
Just the usual strange feeling when skin gets separated and someone pokes around in your hand

My artist made the cut pretty exactly on the knife edge, so it will end up less visible. He was quite disappointed that he couldn’t bend the implant at all (without the danger of damaging it), he swore to me before that I would never get a 4-cm-incision for that - that bothered him a lot more than me, I think

During the placement, we checked the position of the blinkies several times, and funny enough - they were red. Like, complete, normal red. Before they got under my skin, they were light blue - I thought they would look at least a little different like the red or purple ones, but noooo… at least not yet.

As for fixating - he had the idea of taping it in place, with a real lot of tape, but ultimately decided against it, simply because it was 30°C today and sweating under the tape would surely lead to serious problems. So just a nice, tight bandage and as little movement as possible (guess it’s time for some good old point-and-click-adventures in my spare time…). Currently I’m keeping it elevated, threw in a 400mg Ibuprofen (will take another when I go to bed) and start cooling it. It’s slightly uncomfortable, but not really painful - and as usual, I’m really happy with my artist’s work. Lots of things to come with him

Got a picture from the end of the procedure, just before cleaning and bandaging - it’s slightly bloody, but I don’t think that bothers anyone here 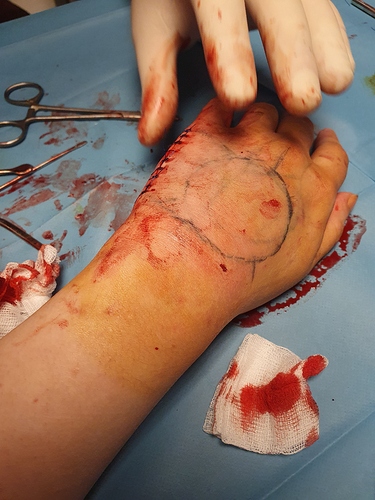 I’ll update this during the healing process, let’s see how this developes…

Update 1: Cleaned it this morning, at least a little - I’m really happy with the suture, so I took an extra pic of it 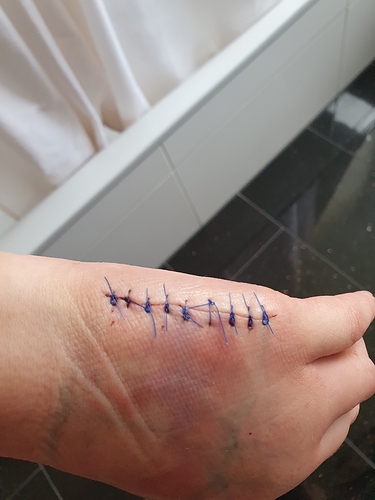 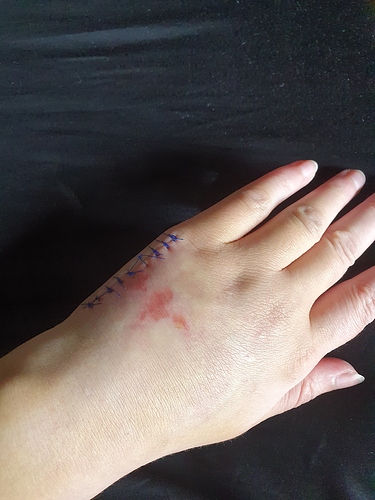 Looks awesome. Also, how is it bandaged currently?

I saw you said it has pressure. I was curious as to what kind.

Awesome and congrats! Absolutely love how massive these things are, been awesome seeing people’s experiences with installs etc. Love the placement of the incision, and those stitches look /chefs kiss

Actually that’s not true… it can bend a lot… video posted somewhere on the flexNExT announcement thread of it bending a whole lot. What you can’t do is use tools to grip it. That can cause damage.

so you’re saying it’s possible to make a smaller incision bend it in half, stick it in there and somehow unbend it inside?

Also, how is it bandaged currently?

It’s a self-adhesive bandage with several sterile compresses underneath which apply slight pressure to the implant itself; the suture is covered with a compress + plaster.

Love the placement of the incision, and those stitches look /chefs kiss

I’ll tell him that - he is definitely one of the best in his job, I wouldn’t choose anyone else ever.

it can bend a lot…

okaaaay - we didn’t want to risk a fracture in the chip itself, so we didn’t dare… but good to know for future plans

But if I take a look at every other yet-implanted flexNExT, no single modder dared to bend it. I mean, at all…

But if I take a look at every other yet-implanted flexNExT, no single modder dared to bend it. I mean, at all…

Actually that’s not true… it can bend a lot… video posted somewhere on the flexNExT announcement thread of it bending a whole lot. What you can’t do is use tools to grip it. That can cause damage.

It was my understanding the that flexNExT was pretty robustly flexible, but that it wouldn’t be a good idea to try and insert it while flexed due to the fact that you can’t really use tools to hold it in a flexed position, so you can’t effectively both flex the device and elevate the skin to create a gap tall enough to get the implant in there. I think it just ends up being easier/more reliable to make your incision wide enough to stick the implant in while not flexed, but maybe there’s a method there to prove that wrong

so you’re saying it’s possible to make a smaller incision bend it in half, stick it in there and somehow unbend it inside?

no, but it is bendable along the entire outer ring. The center is an EM disc that is completely rigid, but that’s 15mm… the remaining 26mm or so is very flexible.

I’m not sure if I get that right, but that should absolutely be possible - bend the implant, shove it through the incision and let it unbend inside the pocket. That’s the way Arnulf did with my silicone implant, it’s 2,5cm diameter and the incision was about 1cm long, he just put it in without any tools.

25 mm ain’t 41 mm. With an implant the size of the flexNExT, the skin would have to lift 13mm to allow the rolled up implant to unfold flat. Not saying it’s impossible, but it sounds pretty rough.

Yeah, this is the thing. The silicone implants are pretty malleable, so they can be folded pretty small when you’re putting them in. Even though you can bend the flex, it’s still going to be pretty tall when you do it.

But again, I could be wrong. That was just my general impression, so I didn’t bother trying.

From my installation experience this is feasable. My installer was easily able to put his finger in the pocket (which is quite a weird experience in fact

) It was the index up to the second knuckle in a 40mm incision.

But also I feel like a flextNext with blinkies is not as flexible as the one in the video, at least it didn’t feel so.

Yours is probably the most flexible of all. I’m currious to see if the hole will show under the skin.

) It was the index up to the second knuckle in a 40mm incision.

Yes, exactly that - feels quite funny

But I think the “stretchability” of the skin would be no problem, we were both more afraid of chips breaking or LEDs poking through the biopolymer…

A little update today - I already thought so on the first morning, but today it was absolutely clear… that baby decided to rotate. Sigh. My artist spent quite some time figuring out the perfect placement, turning the chip until it sat absolutely ideal, and during one or two days, the implant just decided to do otherwise.

I kept the arm elevated all the time, didn’t move the hand or the fingers much, didn’t go climbing (

), had a nice tight bandage around it, and still - it moved. Might be good to know for others who want to put it in their hands (@Ottomagne: yours on the wrist didn’t move at all, did it?) - just put it in, don’t think about the perfect placement, and wait for what it does

My assumption is that the bumps created by the blinkies try to find a low spot to nestle in, causing the entire implant to rotate, until all three reach a “compromise” and the whole device is stabilized.

Or it won’t, because ultimately, implants invariably end up doing whatever the hell they want anyway

implants invariably end up doing whatever the hell they want 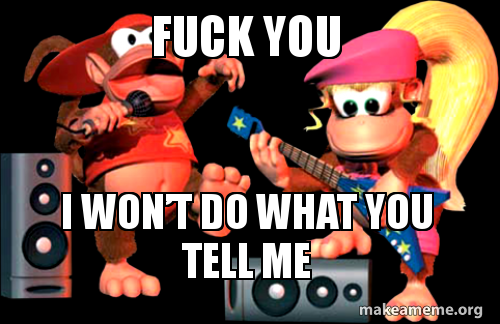